After testing, we can see that the 256GB NVMe variant is able to surpass the 512GB AHCI model in PCMark Vantage as well. Here it achieved an overall score of 187,231 points. This time around 5/8 of the test results were over 1GB/s with the highest result reaching 1,645MB/s during the “Windows Media Center” benchmark.  NVMe just keeps getting better by the minute, wouldn’t you say? 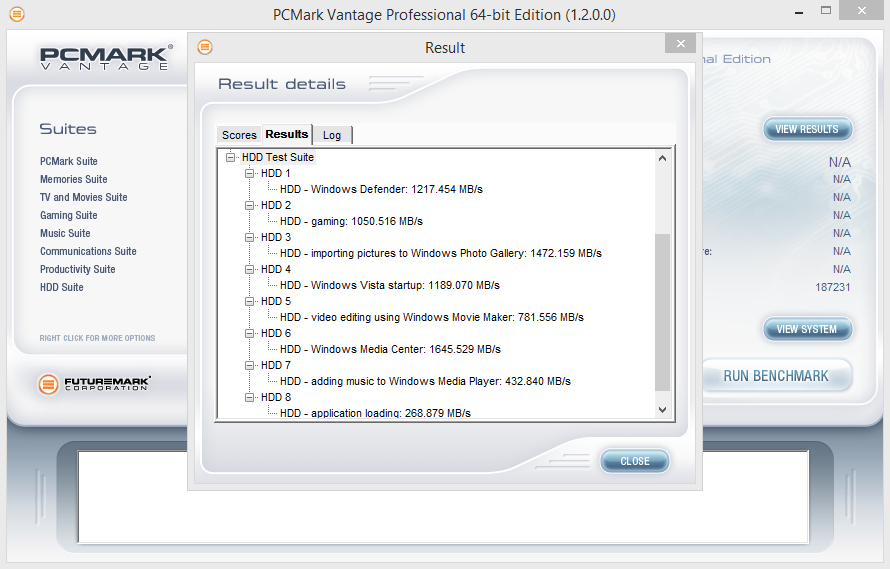 Okay, so we have finally made it to the torture testing round where PCMark 8 likes to write terabytes of data to our test SSDs to show both their heavy and light workload performance. First, taking a look at bandwidth it jumps out at us that this SSD has taken the crown for the highest bandwidth yet, surpassing 400MB/s in the heavy workload phases and reaching nearly 500MB/s during the light workload phases. Next we take a look at latency. While here we don’t see such a dramatic difference as we saw with Iometer, this NVMe variant definitely shows improvement here. It isn’t until we look at the Total Latency graph that we see a clearer picture where latency is about 20% lower during the final recovery/light workload phase.