One of the first challenges new SSD users face is whether to migrate the system in place or to consider a fresh OS installation where one might start from scratch.

In many cases, users have several years invested in their system whereas, with others, the security of a fresh installation is a major step towards SSD happiness. The choice of SSD migration may seem the simplest answer but users should be aware that things may not go as planned, thus mandating a fresh install in any case.

This article is intended to provide a brief overview of system migration and some of the difficulties that may be encountered, as well as providing an alternative and comparison in completing a fresh OS installation with your  new SSD.

The most common issues we seem to tackle in most SSD migrations are those of new users who have completed the migration and their computer actually appears slower than when the hard drive was in place or, through performance benchmarks,  transfer speeds don’t seem to live up to posted specifications for the SSD.  Typically, we have observed new users try to migrate their new system, not realizing that their former was operating in IDE mode and the new system required its switch to AHCI where the end result displayed the infamous BSOD (Blue Screen of Death) or system crash.

In many cases, there is no rhyme or reason to problems experienced but substandard performance is obvious. We find that systems experiencing difficulties in IDE mode, for the most part, are older computer systems and the end result always seems to be a simple operating mode switch in BIOS and fresh installation to get back on the right track. Having said this, let’s be clear that the majority of system migrations are easy to complete and go just as they should at the end of the day, leaving the new SSD user with their old system and a new feel with lightning fast performance.

System migration is the process of transferring your present computer system to a SSD, removing the hard drive and carrying on as normal.  Many SSD manufacturers have done their best to facilitate this transition and include migration software along with very easy to follow migration instructions.  The obvious cog in the wheel, of course, may be the capacity required vs. the high cost of SSDs in comparison to the hard drive that can now be found in 1.5TB capacities at reasonable prices.  If a consumer SSD were available in that capacity, it would probably run in the area of $2000.

The good news is that SSD prices have dropped dramatically in recent months and we have entered an era where new SSDs are being introduced with prices below the $1/GB price barrier.  For example, most recently we posted of the new OCZ Agility 4 SSD where the 256GB version was available on first day of purchase at around $245.  Tied into this is the user’s consideration of whether they realistically need much of their data in primary storage or whether it could be moved elsewhere. As well, the vast majority of computer users are still utilizing systems with less than 256GB storage available in any case.

Our next thought with respect to system migration is an understanding that the original system was not created for an SSD and we already explored this a bit by touching on migration of older systems that function in IDE mode, as can be seen in BIOS settings.  I cannot count the number of times a migration was performed only for this to be discovered after the fact.  The true animal behind an SSD, however, is that it requires something called TRIM, whereas the hard drive doesn’t and some migrations, for one reason or another, don’t result in TRIM being enabled.  Briefly, when information is deleted from a hard drive and new information placed, it is simply a process of the new replacing the old. 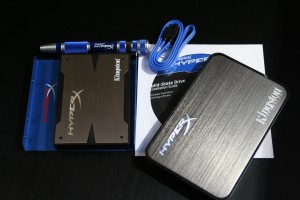 SSD Migration kits typically include a detailed instruction manual, desktop adapter and migration software.  In the case of the Kingston HyperX and Monster LeMans above, we see additional inclusions such as mini-toolkits, an external case for the migration which can later be used for external storage by your hard drive and, most recently, Monster Disigtal has included a USB 3.0 to SATA 3 adapter which is one of the best add-ins we have seen yet.

For an SSD, the process of deleting and replacing data is a bit more complicated.  In fact, when information is deleted from an SSD, it truly isn’t but rather, the index that leads to that information is destroyed fooling the system into believing the information was deleted and space is available. When new information is to be stored, it is necessary to actually remove all the information from that space, discarding the deleted information and finding a new storage location for the good information that may have been present there as well.  Once that is completed, the space is available for storage once again.  As one could imagine, this slows performance dramatically.  TRIM, and another process called garbage collection, actually complete this process behind the scenes so, when you want to store data, the space is available without the complications of movement, relocation and deletion.

If we understand this just a bit and tie this into the fact that hard drives don’t utilize TRIM, we can see that we are trusting the new system to enable TRIM automatically even though it has never been required prior.  On rare occasions, this does not occur and the end result is substantial performance loss as a result of TRIM not having been enabled in the migration process.

To summarize, migrating provides the benefit of a significantly faster computer with the simplicity of a migration. Factors that need to be considered are storage requirements and the understanding that, although most migrations run very smoothly, difficulties may become apparent.