Looking at the 128GB Vertex 4 SSD on it’s own using shipping 1.3 firmware reveals a drive which is somewhat unique among current 128GB offerings. In some ways it is the “yin” to the Octane’s “yang”, where the Octane had good sequential performance but poor random performance, the Vertex 4 turns that on it’s head. Using what is spiritually the first controller of the second wave of SATA 3 SSDs has bestowed the Vertex 4 with a variety of performance characteristics. Many enthusiasts will be attracted to those Vertex 4-specific attributes as well as a next-gen controller. Like the first consumer SATA 3 drive on the market back in 2010, more development will yield far more impressive results over time, so in that respect the V4 is a starting point for future drives.

When we look at the new 1.4RC firmware, the Vertex 4 128GB shows unheard-of performance gains. No firmware to date can claim the sort of benchmark improvement that 1.4RC gives to the 128GB V4. Just looking at CrystalDiskMark and AS SSD, one might think the tested drive was one of the fastest 256GB drives on the market and not a mainstream 128GB unit. Performance is up across the board, and in some cases by nearly 100%. Low queue depth sequential performance is improved, while random performance is significantly higher, especially random 4K writes which skyrocketed from almost 50K to just about 90K.

So is there a downside? 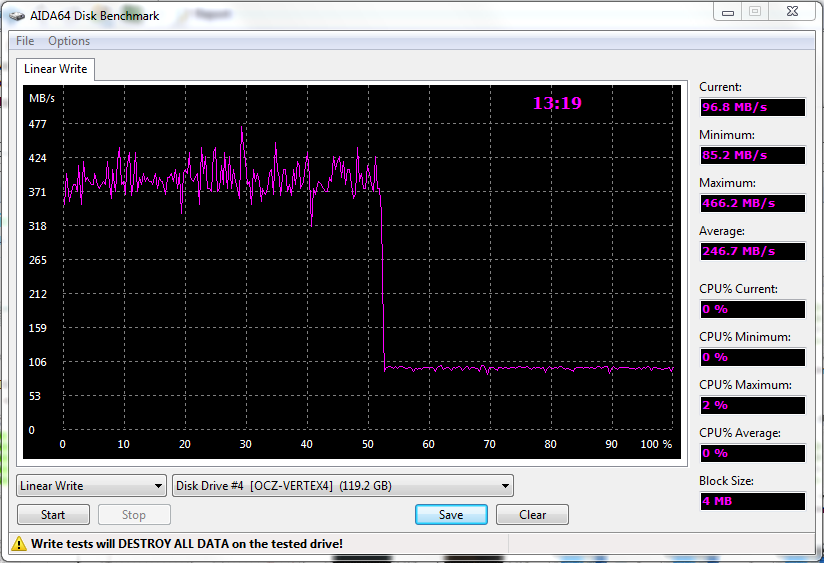 Not per se, but there are some caveats. Vantage scores actually decreased slightly, not increased as would be expected. It’s uncertain why the clear and tangible speed bumps at every transfer size didn’t help the PCMark Vantage score any. However, this is the least interesting mystery where the 128GB V4 on 1.4RC is concerned. No, the real uncertainty is why the unprecedented write speeds only apply to half of the drive, and why the other half is much, much slower. On average, across the entire drive, write speed is up from the mid 180MB/s to nearly 250MB/s, but that average masks the bizarre write behavior. This is unusual to say the least, and there aren’t really any precedents for this behavior among modern drives of any kind or type.

As for whether current users should upgrade to what is essentially beta firmware, the answer is only if you’re adventurous. Though the release candidate firmware has been stable though 40 hours of testing, it may be in your best interest to wait until the official, fully-validated firmware is made available. At this point, there is no way to go back to 1.3FW once you’ve upgraded to 1.4RC. Flashing to 1.4RC involves a destructive update (all data is wiped in the process), and the drive must not be the primary system drive. Future upgrades post-1.4RC may not require a destructive flash. 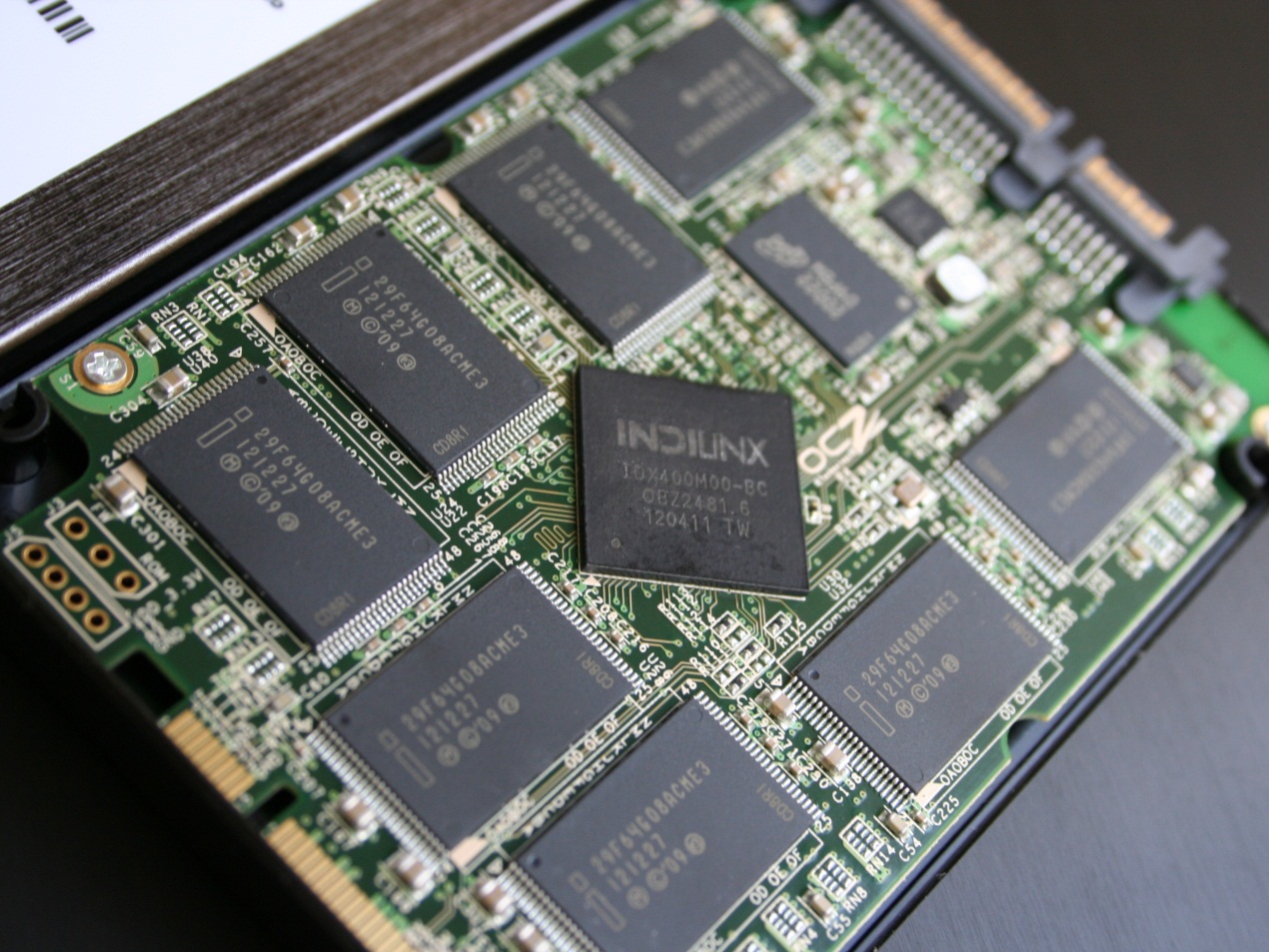 Mysteries aside, the Vertex 4 is unusual in an entirely different respect. It almost acts like a more enterprise-focused drive, and not one aimed at the consumer market. The Octane was optimized for consumers and consumer workloads, while the Vertex 4 could be confused with an offering designed for light enterprise or server use. In those settings, higher queue-depth random performance is highly prized. Many drives optimized for enterprise use do not fare well with consumer/client workloads from a performance perspective. Only time will tell whether the enhanced ECC engine, a five-year warranty, and evolving performance make the V4 a lasting force. If you happen to need a consumer drive with maximum random performance, the Vertex 4 is hard to beat, but it does have weaknesses in other areas. 1.4RC manages to help rectify those shortcomings, but bipolar sequential write behavior is an indication that there is still room to mature.

prices on Amazon or bookmark our Amazon SSD Store and check back for daily SSD steals!