Using IOmeter 2010 we can further attempt to tease out the changes between the firmwares. This gives us the ability to look at any access size (1MB, 512K, 4K, etc.) with random or repeating data. The Vertex 4 does not rely on real time deduplication/compression, so it does not care whether the data is compressible or not. Looking at IOPS, access times, and throughput (MB/s) can give us a better idea of what is happening just below the surface.

Random IOPS are usually manufacturer-rated with IOmeter, just as most throughput specifications are generated with ATTO.

Testing is conducted over a 16GB area with random data. 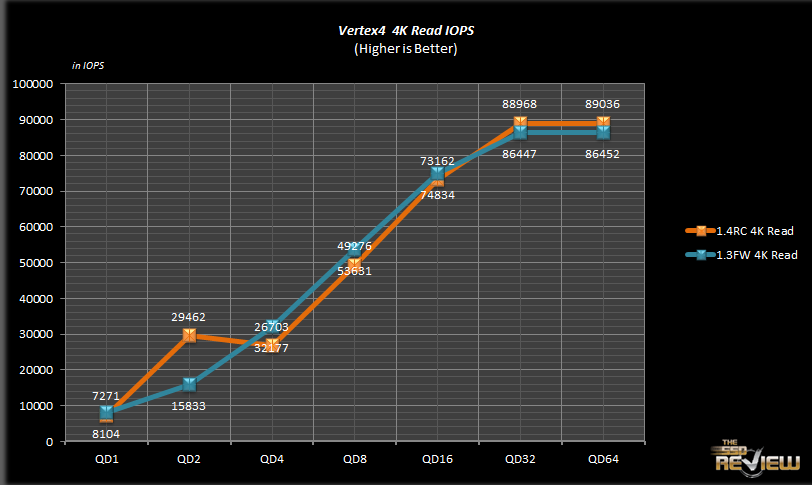 When it comes to read IOPS, the 128GB Vertex 4 is already ahead of the game. The new firmware does result in an increase at high queue depths and at QD2. The difference amounts to 2.5K IOPS at QD64 and an almost unbelievable 14K increase at QD2. 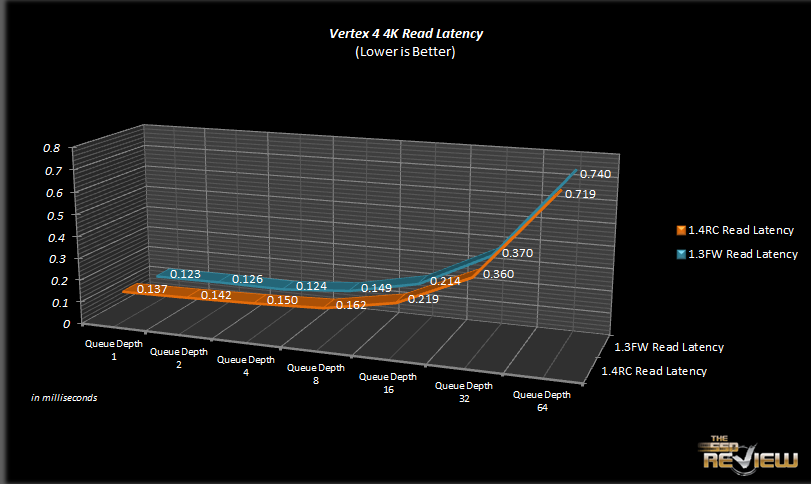 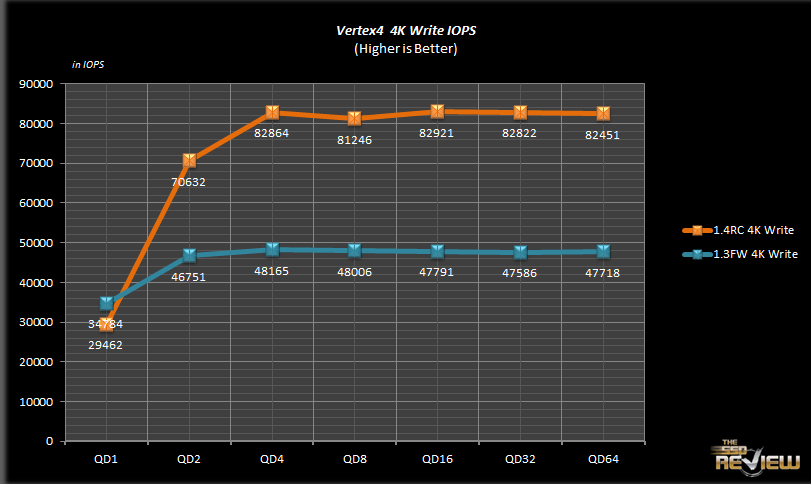 All of the action is pretty much concentrated here, in 4K random write testing. Looking at IOPS, the 1.3FW only beats 1.4RC at QD1. After that, the new release candidate absolutely crushes it’s predecessor. 1.4RC is already 24,000 IOPS ahead at a queue depth of two! After QD2, both firmwares flatten out. The Vertex 4 on 1.4RC can best 80K 4K random write IOPS at a QD of 4, and excellent result for any SSD. If you’re interested in 4K random performance, 1.4RC is your new best friend. 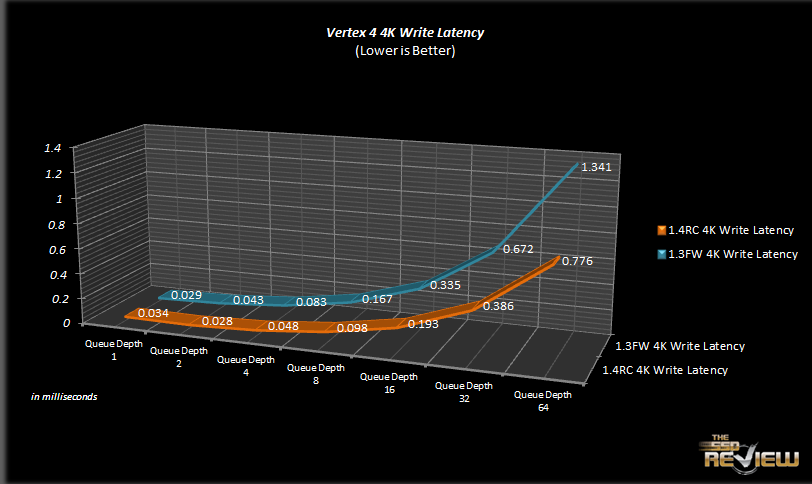 The 4K write latency chart shows the fantastic latency reductions the new firmware brings to the table. At higher queue depths, latency is dropped by nearly half, meaning that each transaction takes half the the time to process on average. 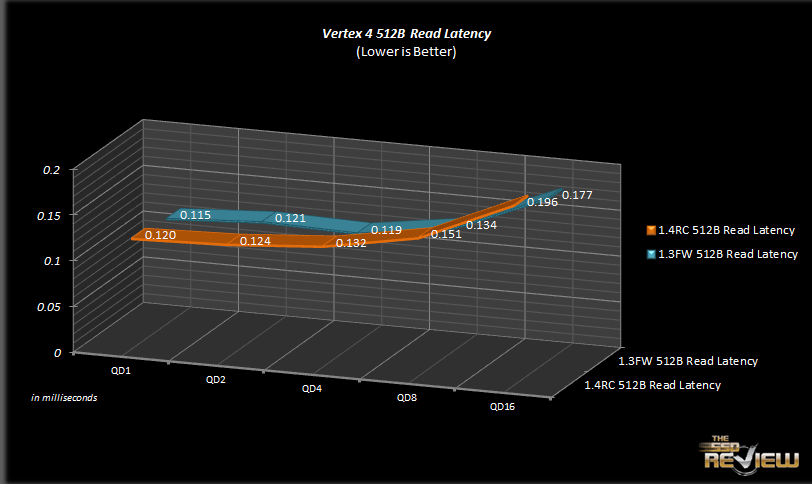 Since the new firmware resulted in higher read access latency with AS SSD and HD Tune, we thought we’d see what IOmeter had to say on the matter. As you can see, 1.3 has almost the same latency as as 1.4 — virtually identical in fact. So the read latency increase seen in AS SSD with 1.4RC isn’t a big deal, or even readily identifiable. An increase of 5 thousandths of a second at QD1 is hardly significant. AS SSD uses 512 byte accesses to test latency, and for some reason the older firmware is shown as having much lower latency than is seen with IOmeter. The industry standard for latency specifications are generated with 4K testing in IOmeter, not 512 bytes with AS SSD.