HD Tune Pro 5.00 has a variety of benchmarking tools. While many are useful mostly for mechanical HDDs, it possesses some great benchmarks for SSDs, too. The main benchmark graphs latency (in milliseconds) and throughput (MB/s) over every “physical” area on a drive. If this were a HDD, you’d see the latency and throughput drop as the read or write speed gets tested from the beginning of the drive to the last. The bottom axis is capacity, so for the 128GB Vertex 4 it starts at GB 0 and ends and GB 128.

HDDs rotate, so the outer edges cover more area than the inner edge which leads to performance “stair-stepping” down. With SSDs, no such limitation exists, but there are variations in read and write performance from the first GBs to the last.

HD Tune offers up a wealth of insight into the Vertex4 128GB. HDTune Pro’s write testing is performed on an empty, unpartitioned drive. Read testing can be performed with or without a partition. 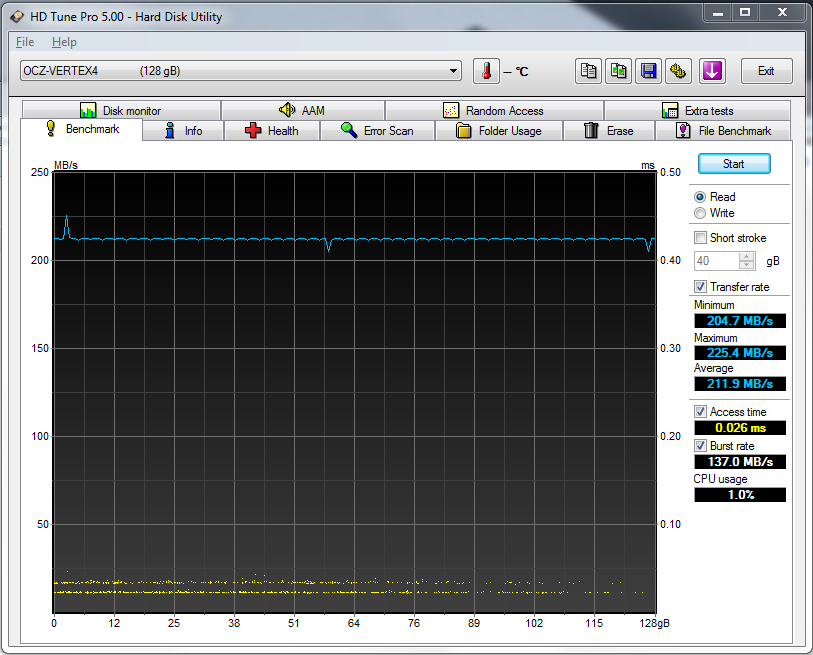 Read testing on the V4 yields interesting results. The 1.3FW acts just like the two larger members of the family. Latency is magnificent at .026ms, but throughput is capped around 200MB/s for some reason. 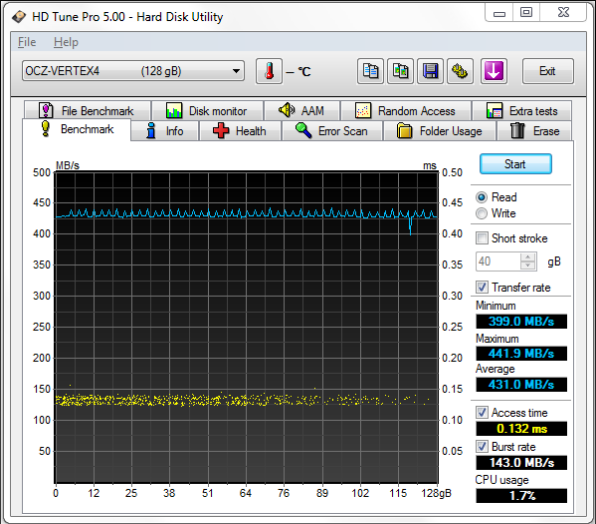 1.4RC fixes that to an extent, but at the cost of a huge latency increase… the same as was witnessed with AS SSD. Average throughput is increased over every bit of the SSD to 431MB/s. Latency is five times higher, though. 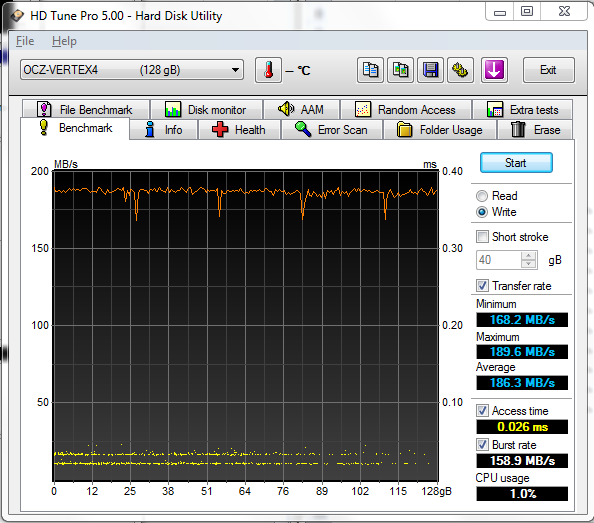 HD Tune’s write testing is a treasure-trove of useful information. The 1.3FW shows 186MB/s averages over ever LBA of the drive and has killer access times to boot. 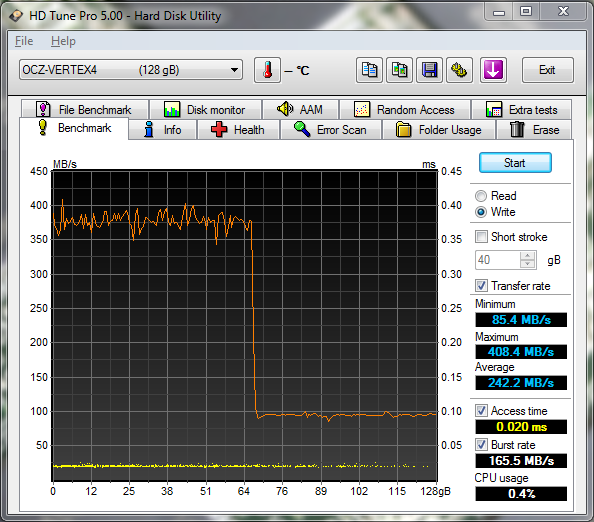 1.4RC ups the ante for sure, though. It hits a max 408MB/s over half of the drive, but the second half plummets into a chasm at 85MB/s. This is really odd behavior, and if it weren’t for the fact you can replicate this with actual real-world writes, it could simply be chalked up to a HD Tune idiosyncrasy.

If you write data sequentially to the drive, you can easily see this happen. The end result is an average of 242MB/s over the whole drive, and can be replicated with a variety of methods. HD Tune shows this behavior in an easy to understand, visual manner. The Vertex4 128GB is definitely faster with the new FW, but performance is more inconsistent as a result, something not really seen with other modern SSDs.