You may not see this for long (and its definitely not common) but you get a freebee simply for reading! Over the last little while, we have been assisting with beta testing new benchmark software called Anvil Storage Utilities which is an absolutely amazing SSD benchmarking utility. Not only does it have a preset SSD benchmark, but also, it has included such things as endurance testing and threaded I/O read, write and mixed tests, all of which are very simple to understand and utilize in our benchmark testing. 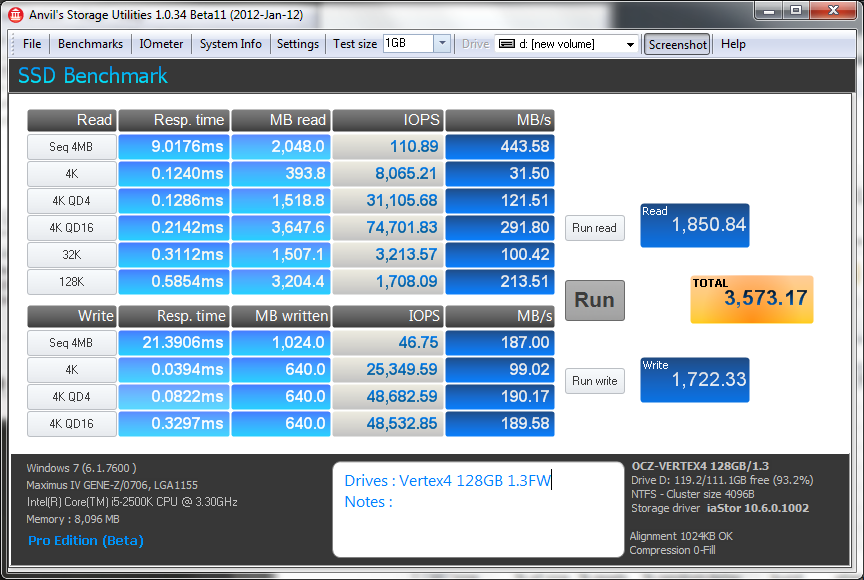 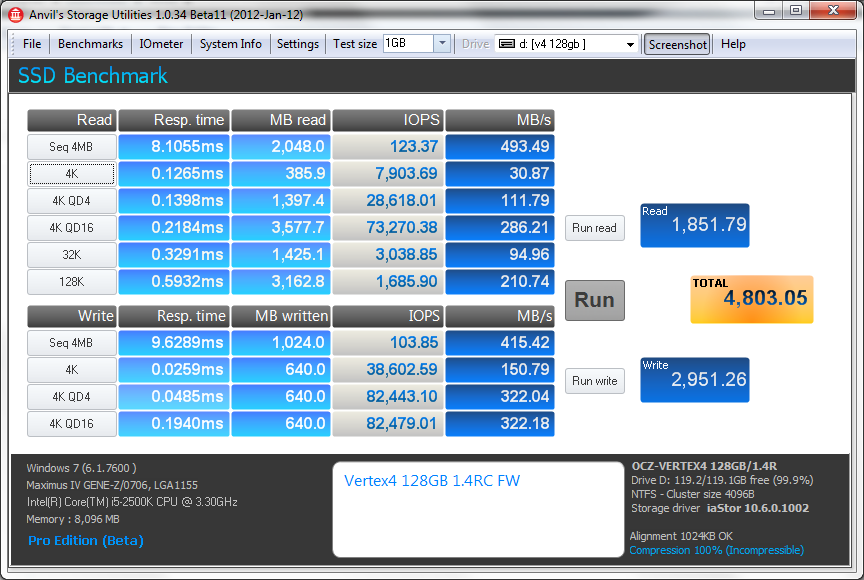 Once again, the difference is stark. Between the two firmwares, performance results in ASU is borderline magical. Sequential 4MB reads and writes go from 443MBs/187MBs to 493MBs/415MBs. The total score balloons from 3,573 to 4,803 and the 1.4RC  is pulling 82K random write IOPS at a queue depth of four. Inexplicably, QD1 4K randoms increase by 50%. 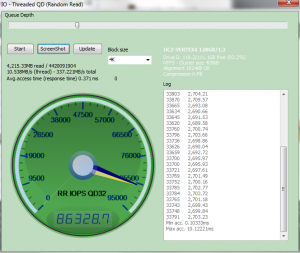 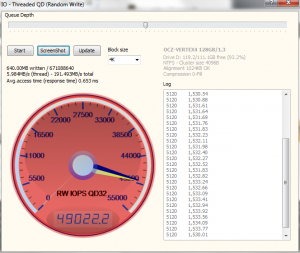 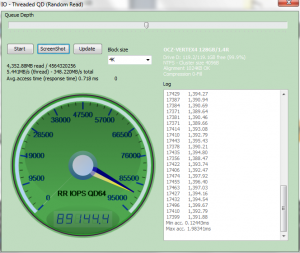 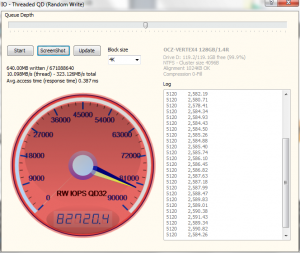 The 1.4 release candidate bumps up random reads a bit, but random writes are now where they should have been given the 85K OCZ specifies the drive as being capable of. There was no way the drive could get anywhere near that until 1.4RC, and 82,720 is a great random write score. The Vertex 4 almost hits it’s rated 90K read IOPS at 89,144 with the new FW.