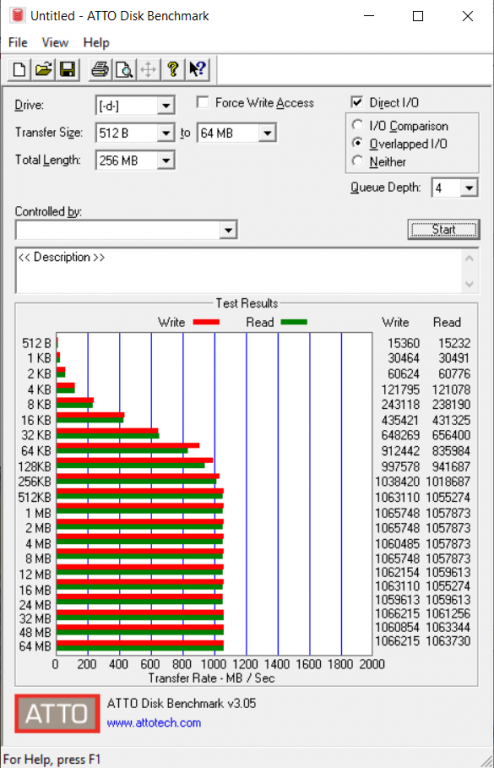 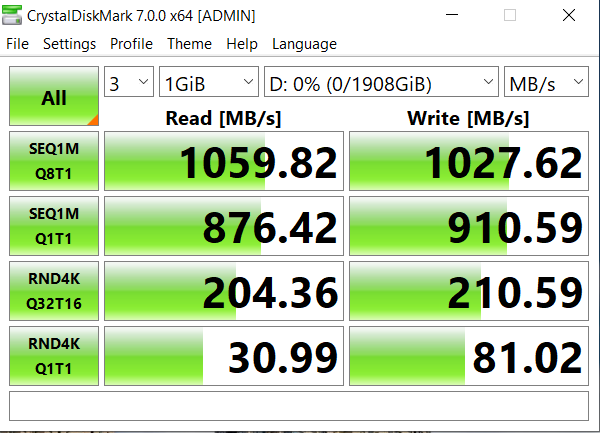 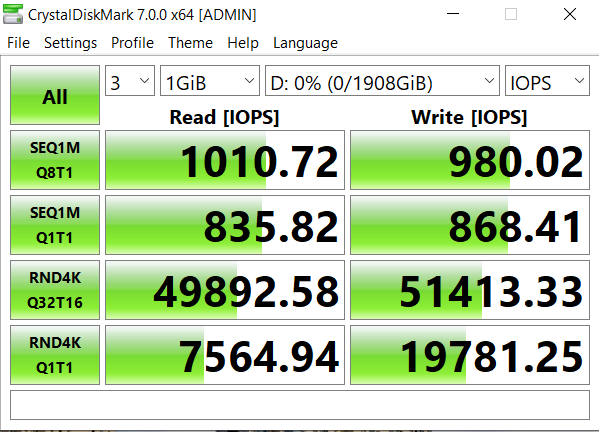 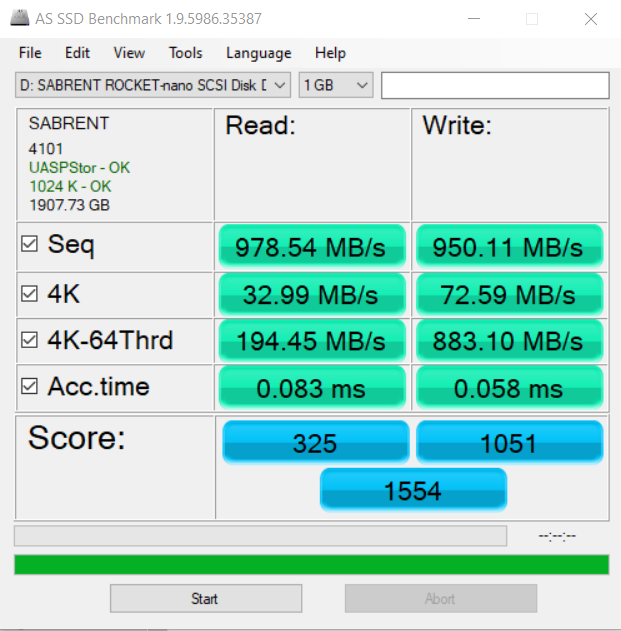 As impressive as the results are thus far, this AS SSD result is particularly encouraging as data transfer speeds are very close to specifications. 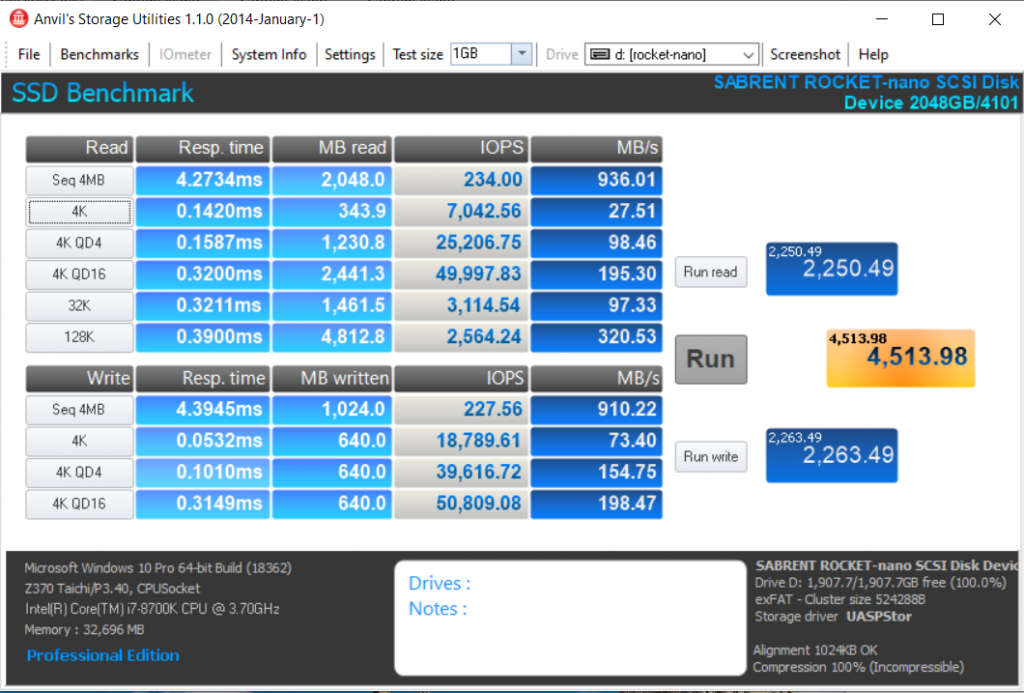