Building an ideal Test Bench can be expensive, especially since our friends at Intel and AMD are so efficient at marketing the next best CPU just as we seem to be settling into our latest build.  This wasn’t the case this time as both ASRock and Cooler Master were equally responsible for creating this vision of a dual Intel/AMD Test Bench.  No sooner did e-mails go out than our friends jumped aboard and we have to throw out kudo’s to ASRock, Cooler Master, Rosewill, QNIX, and Icy Dock for jumping in on this build!  This is just a quick shot of what our deliveries looked like a few weeks back! 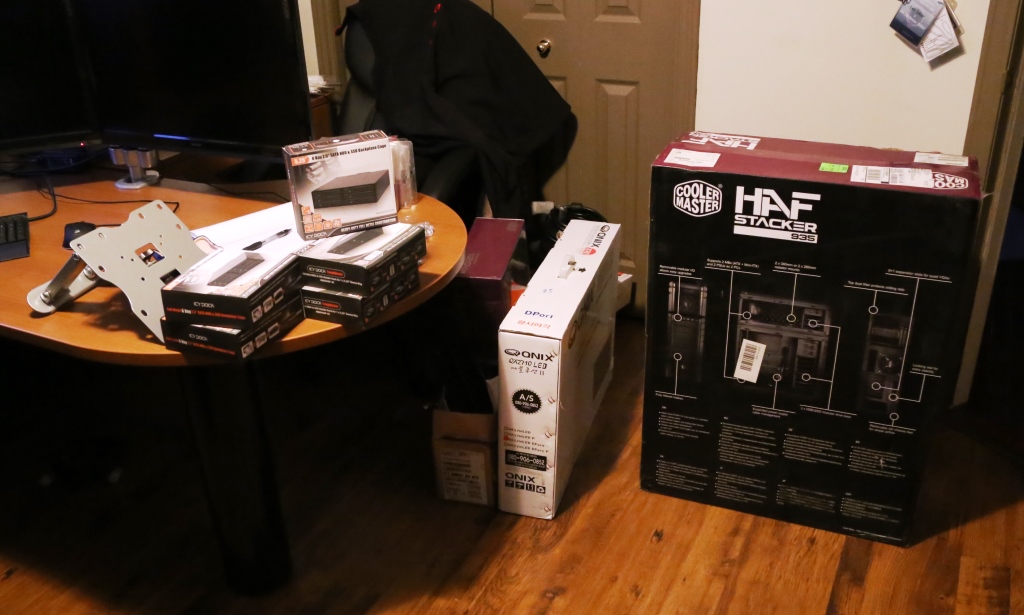 A full list (with links) of all system components can be found below each respective Intel/AMD system image. Should you have any questions regarding any of the listed hardware, feel free to comment or send us an e-mail to help you along.

As any system builder is aware, sometimes things just don’t go as smoothly as one might expect.  There is a glitch in the system.  Something is not right and results in your daily build becoming the full weekend.  It is the most frustrating feeling when this happens and I am sure I am not the first to consider throwing the system out the window. Our initial build (or rather switch) of the Intel system that was previously in our InWin D-Frame chassis went until 4am before I just said ‘Screw it!’ and got a few hours sleep.  The problem was that, after rebuilding the system in the CM HAF 935, only 3 of the 4 Micron memory sticks would work and the system continued to tell me that a DIMM slot was bad. I figured that I damaged the slot in the transition but this wasn’t possible as I never removed the memory whatsoever.  This is how the office looked at 4am. 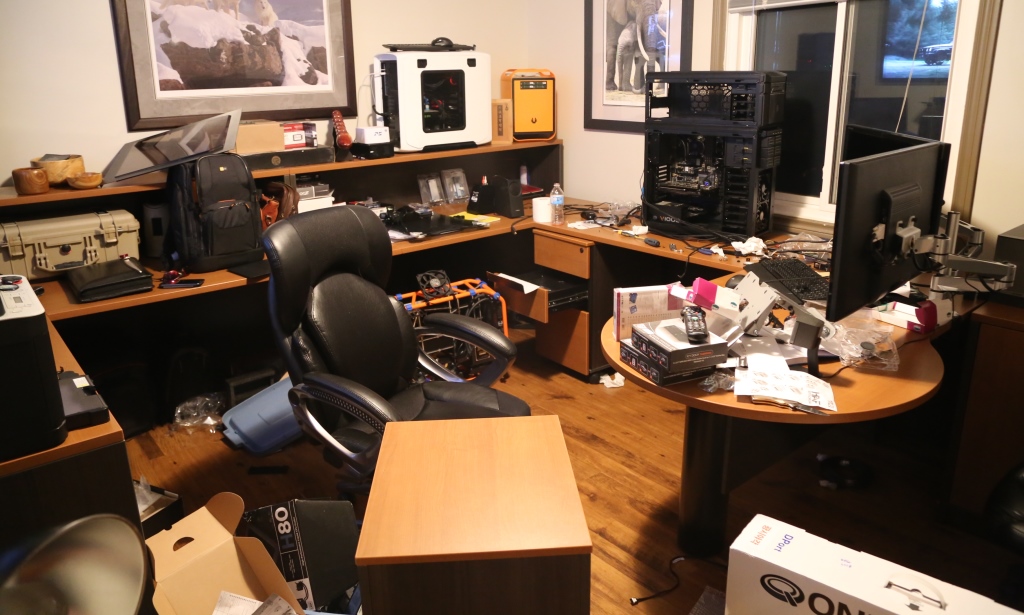 The next day, we returned to the build, searched endlessly on the internet, and only after a complete disassembly and rebuild did we figure out the problem.  One of the screws holding the new CM Seidon 120XL Liquid CPU Cooler to the motherboard was off by less than 1/8th of an inch, thus creating an uneven placement of the pad on the CPU.  This was so small there was no way to see it whatsoever and was only noticed with a very close look at the bottom of the motherboard.

Our AMD Bench is set into the top portion of the complete system as it doesn’t see the use that the Intel does.  Things haven’t changed much with AMD and, at least with respect to storage testing, it still falls below that of Intel. The green LEDs seen on the RAM are integrated Micron Ballistix Tactical Tracer modules and software allows one to mix and match color display , as well as LED patterns. Present but not as visible are six CM 120mm Sickle Flow fans. 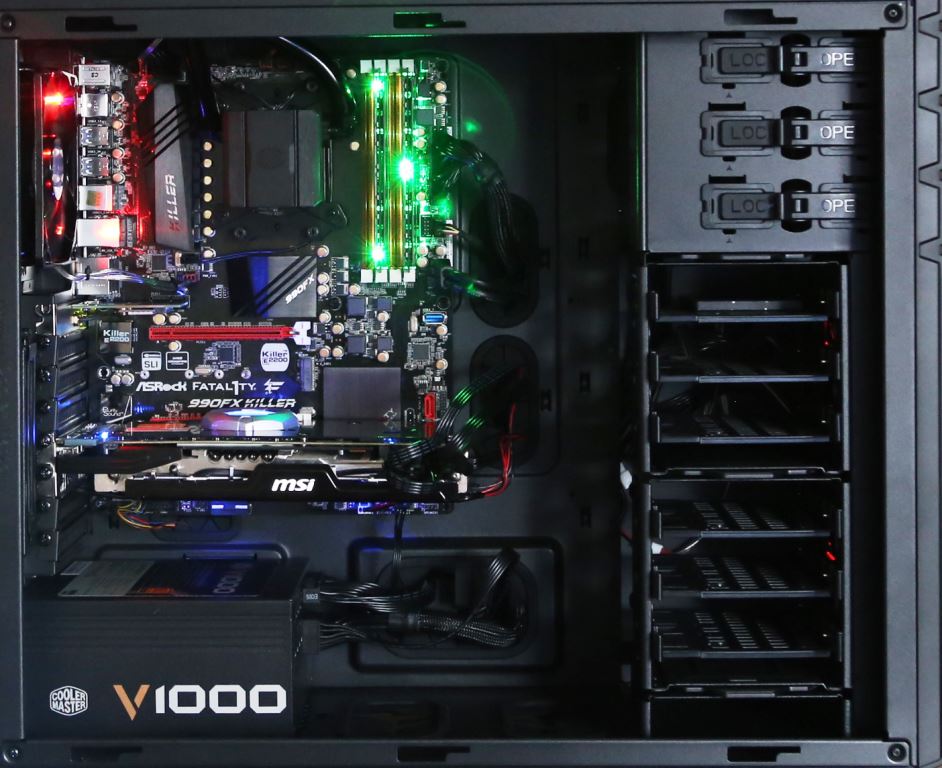 At the end of the day, the Icy Dock cages were integral to our future testing as we hope to be soon conducting evaluations of the motherboard, as well as a LSI 9361-8i controller we have on hand for testing of 16 SATA SSDs that are expected soon. 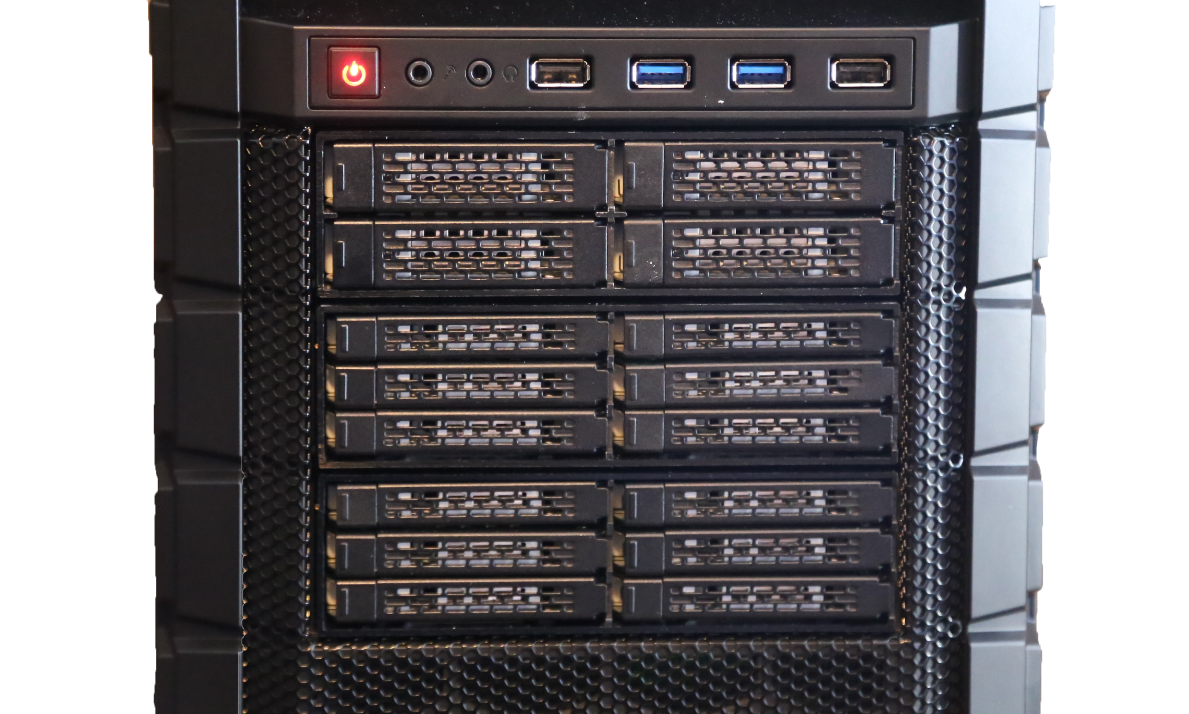 The look of both the Icy Dock ToughArmor MB996SP-6SB and MB994SP-4S on the front of each chassis is a natural fit.