At The SSD Review, we test our SSD’s slightly different depending upon the drive’s marketed purpose, that of a consumer or an enterprise focused SSD. For a consumer SSD, our goal is to test in a system that has been optimized with our SSD Optimization Guide, however CPU C State alteration may or may not have occurred depending on the motherboard and BIOS configurations. Benchmarks for our consumer tests are that of fresh drives, so that we can verify that the manufacturer’s specifications match the SSD. Additionally, we also try to include links to the benchmarks used in our report so that you as the reader can replicate our tests to confirm that your SSD is top-notch. 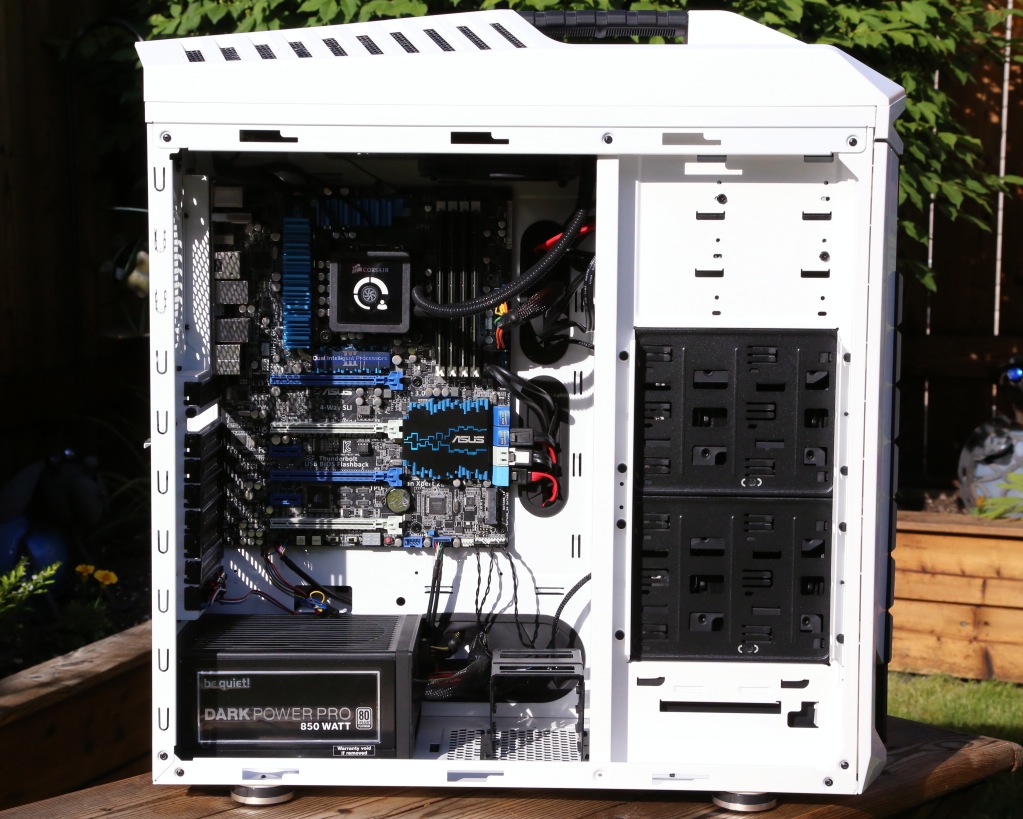 This Test Bench build was the result of some great relationships and purchase; our appreciation goes to the below mentioned manufacturers for their support in our project. All of the components we use for testing and evaluation can be easily purchased at a relatively affordable price. The links provided below can assist in pricing, as well as availability for those of you who may find interest in our equipment.

The software used for today’s analysis is typical of many of our reviews and consists of Piriform Speccy, ATTO Disk Benchmark, Crystal DiskMark, AS SSD, and QuickBench.  In consumer reports, we prefer to test with easily accessible software that the consumer can obtain, and in many cases, we even provide links. Our selection of software allows each to build on the last and to provide validation to results already obtained.

Piriform Speccy is a great tool for checking the status and health of your computer system. It provides you with brief summary, or a detailed look, at your operating system, CPU, RAM, motherboard, graphics, storage, optical drives, audio, peripherals and network.

With Speccy, we can see that the Lexar P10 has a real size of 32 GB, while having a usable capacity of 29.8 GB. We also see that the drive is formatted in FAT32.

Our first benchmark test yields some decent results. The Lexar JumpDrive P10 reaches its read speed mark by hitting 266 MB/s, but the write speed only makes it up to 216 MB/s. Let’s see if things change when we start to switch data samples.

While Crystal Disk Mark uses Random data for this benchmark test, it returns with a read speed of 254 MB/s and a write speed of 234 MB/s. This is a balance in change from our previous test, as we see the write speed increasing slightly, and the read speed dropping slightly.

AS SSD Benchmark uses incompressible data in their testing of SSDs, essentially providing results that would be consistent with using the heaviest workload, thus lower speeds are expected.

While AS SSD is a benchmark test more suitable for a solid state drive, it still gives us a good insight into the performance of the Lexar JumpDrive P10. Here we see that the read speeds comes back with 242 MB/s and the write speed comes back with 226 MB/s.

QuickBench is another benchmark tool used to measure the transfer speeds and performance of storage devices. QuickBench is a good tool for confirming the previously produced read and write speeds seen above.

QuickBench is one of our favourite tools, we always seem to get an intriguing result from it which makes sure we’ve tested the drive from all angles. QuickBench returns with an average read speed of 242 MB/s, while write speeds average 237 MB/s. Interestingly enough, here we also see that the P10 drive reaches 246 MB/s at the 20 MB transfer size. This is the first time we have seen the Lexar JumpDrive reach its listed write speed.