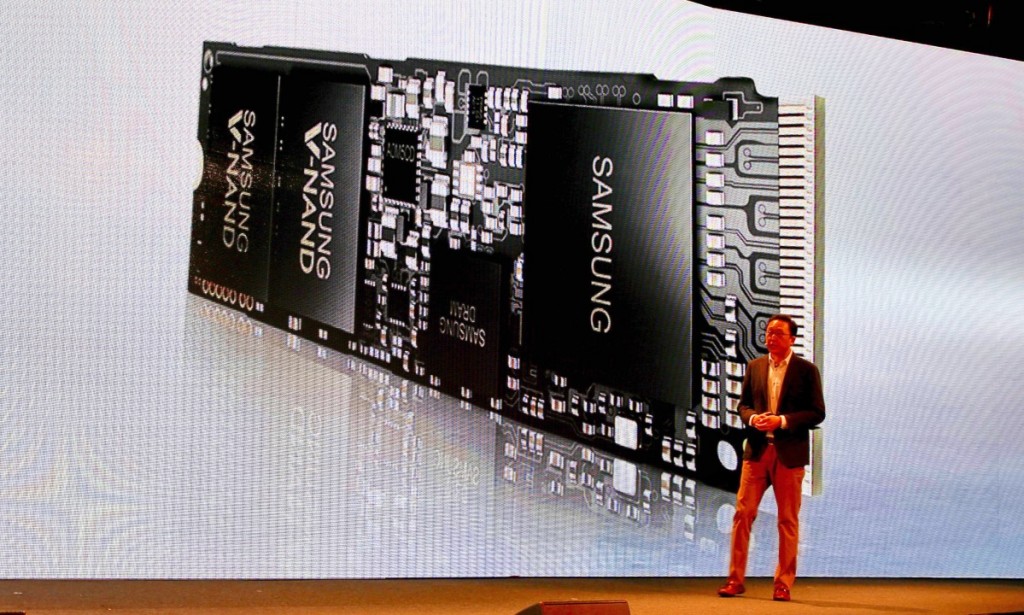 Utilizing Samsung’s 3D V-NAND memory and supporting PCIe 3.o x4, the 950 Pro is only available in M.2 form factor and promises to be the smallest, lightest and most powerful SSD platform available to the consumer today.

The Samsung 950 Pro M.2 NVMe SSD has AES 256-bit encryption as well as Dynamic Thermal Guard, capable of protecting the drive in temperatures ranging from 0 to 70 degrees Celsius.  In addition, it is capable of withstanding shock up to 1.5G and vibrations to 20G.

Last but not least, Samsung’s release of 256 and 512GB capacities is just a start and we will be seeing a 1TB version at some point in the future.  In fact, if you look closely at the 950 Pro, you will notice that all the components are located on its face, leaving the bottom completely empty for future capacity upgrades.  This is only possible through use of Samsung’s newest V-NAND memory.