Our final set of benchmarks represent testing of the WD Black2 Dual Drive after the partition software has been downloaded and installed.  Again, the system designates it as drive letter C: in the applicable screenshots. 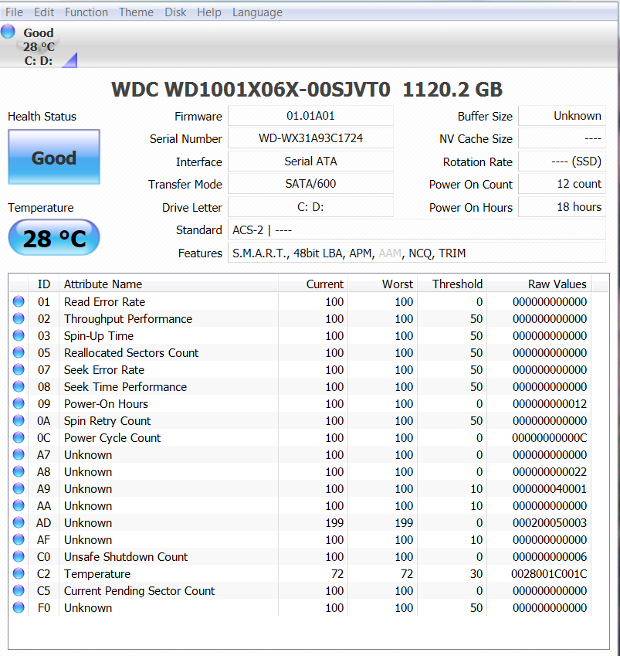 Crystal Disk Info is looking at the entire disk of 1120.2 GB; note that in the upper left corner of the window it shows both “C: and D:”.  S.M.A.R.T. and TRIM are both in bold in the features area, indicating that both are enabled.  Health status shows as “Good.” 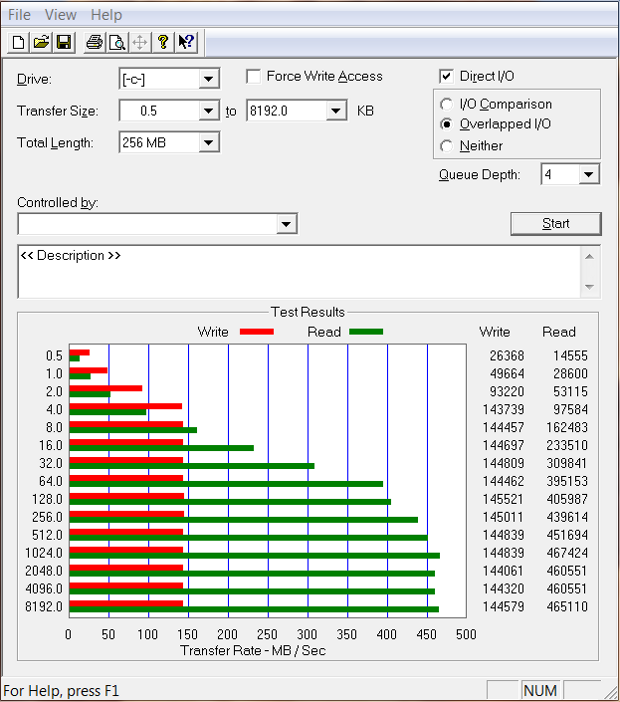 No matter the benchmark, whether compressible or incompressible data,  we are seeing that both the SSD and the dual drive setup with the partition software installed seem to have writes “capped” at about 145-147 MB/s. 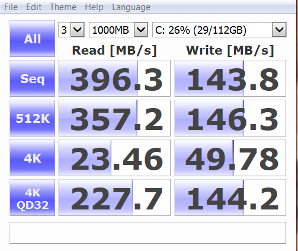 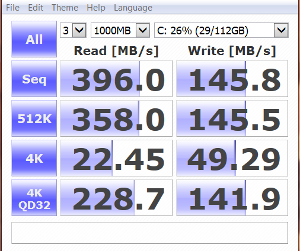 The results of our Crystal Disk Mark testing are remarkably similar for both the zero fill and random test runs.  The HDD/SSD dual drive comes up just short of the 400 MB/s threshold for reads, and again hits the 145-147 MB/s cap we have seen consistently. 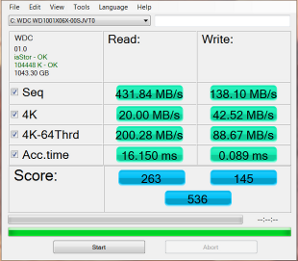 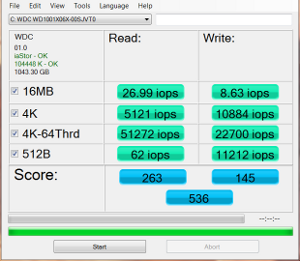 Our AS SSD testing results are a bit of a mixed bag.  Considering that AS SSD generally shows worst case scenario speeds, the sequential read speeds of 431 MB/s is a bit of a pleasant surprise.  We see random 4K reads of over 51,000 IOPS, which is certainly respectable for utilizing a 120GB SSD.

One of the low points of our report is the access time of 16.150 ms, which is even slower than the HDD by itself.  Considering that the SSD alone had an access time of only 0.087 ms, we would think that this would be something that may be able to be “tweaked” with a future firmware update. 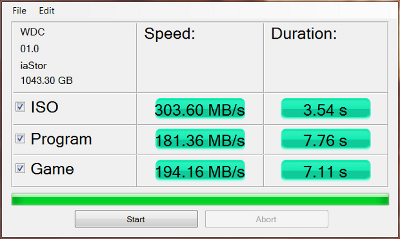 In our copy benchmark tests, the results of the HDD/SSD dual drive were nearly identical to those of the SSD alone. 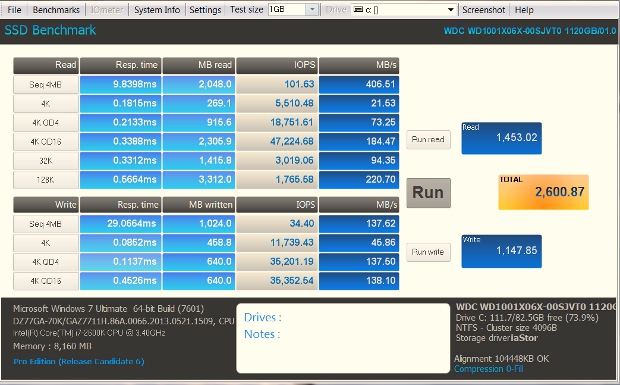 Anvil results for the HDD/SSD dual drive were again nearly identical to those of the SSD alone.  The SSD by itself scored 2603.65, while the Black2 dual drive nipped at its heels with a score of 2600.87.  Results in most of the individual categories showed differences of 3% or less. 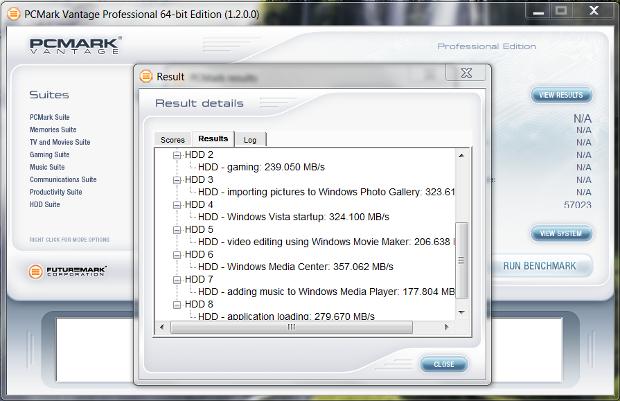 Our PCMark Vantage HDD suite score was, a bit surprisingly, a good bit higher than the SSD alone.  The SSD by itself scored 44590, whereas the dual drive setup scored 57023, representing a nearly 28% increase!  This was likely fueled by the boost in compressible sequential read speeds at higher queue depths.