This first set of benchmarks represents testing of the WD Blue Slim 1TB 5400 RPM HDD by itself.  It is designated as drive letter D: in the applicable screenshots.

Crystal Disk Info gives us quite a bit of excellent information about our HDD, including serial number, firmware version, ‘power on’ information and overall drive health status shown as “good”.  On the WD Black2, CDI is looking at the “disk” instead of the “partition”. With the HDD and SSD sharing a single SATA connection, CDI sees the combined disk of 1120.2 GB even though we are only accessing the HDD for testing purposes. 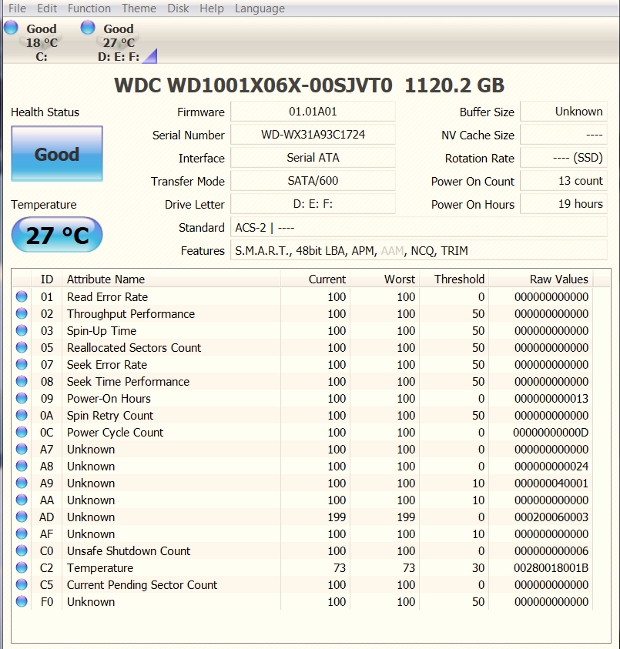 ATTO Disk Benchmark has been around as long or longer than most any other storage performance benchmark.  ATTO uses RAW (or compressible) data, and for today’s benchmarking test we will use a set length of 256MB.  We will be testing both the read and write performance of various transfer sizes ranging from 0.5KB to 8192KB.  This is the testing method preferred by most manufacturers, as it tests with RAW (compressible) data, rather than random (including incompressible) data.  Although random and incompressible data may be a more realistic usage scenario, testing with it will give lower performance results. 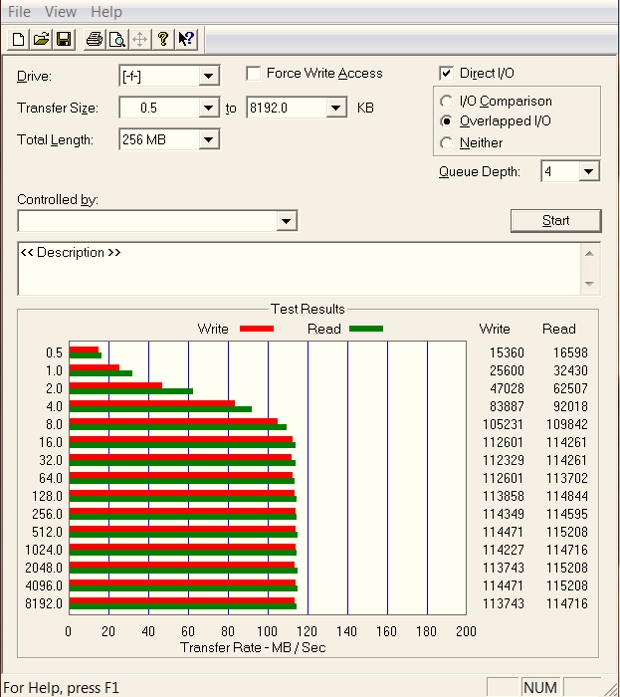 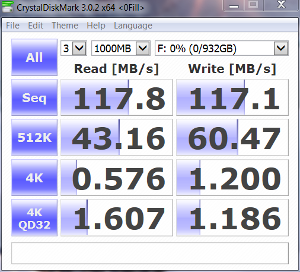 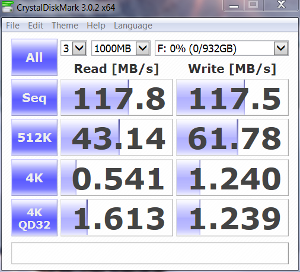 As you can see, the HDD’s performance in CDM is unaffected by what type data is being read or written.  Sequential and random benchmarks both are surprisingly equal in all testing categories.

Although the next two benchmarks are pretty much SSD-specific, we will include them for a comparison basis.  They also further demonstrate the dramatic difference in transfer speeds between HDDs and SSDs.

AS SSD was until recently the only benchmark created specifically for SSD testing, and it uses incompressible data.  For the most part, AS SSD shows us “worst case scenario” SSD transfer speeds because of its use of incompressible data.  Enthusiasts often prefer AS SSD for this reason, as they seek to see minimum performance as well as maximum performance.  Transfer speeds in MB/s are shown in the left screenshot, IOPs in the right screenshot. 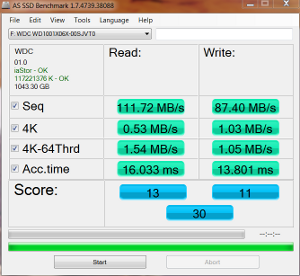 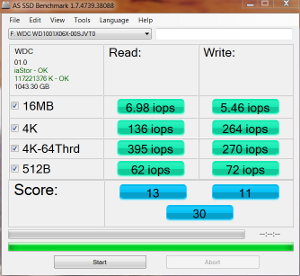 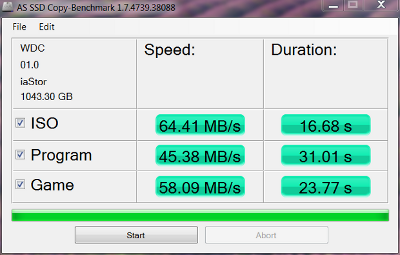 AS SSD’s worst case scenario being represented here is a vivid reminder of what it would be like to have to revert to this type of performance after having utilized SSDs for any length of time.  The AS SSD copy benchmark times are definitely HDD-slow.

Anvil Storage Utilities is an absolutely amazing SSD benchmarking utility.  Not only does it have a pre-set SSD benchmark, but also includes such things as endurance testing and threaded I/O read/write/mixed tests, all of which are very simple to understand and utilize for benchmark testing. 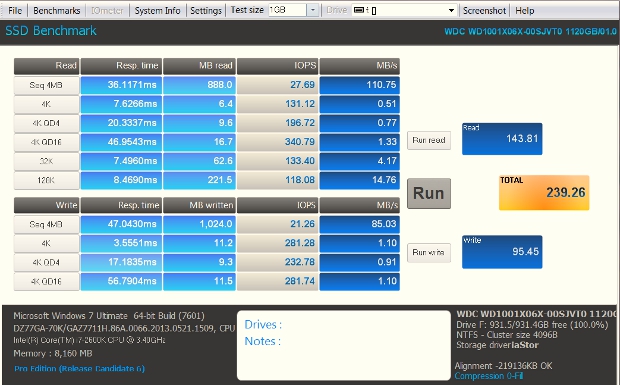 And yet again with Anvil, we see the dramatic difference between HDD and SSD performance.