This next set of benchmarks represents testing of the WD 120GB SSD  by itself.  It is designated by the system as drive letter C: in all of the applicable screenshots.

Crystal Disk  Info shows a healthy 120GB drive with S.M.A.R.T. and TRIM highlighted, indicating that they are enabled. 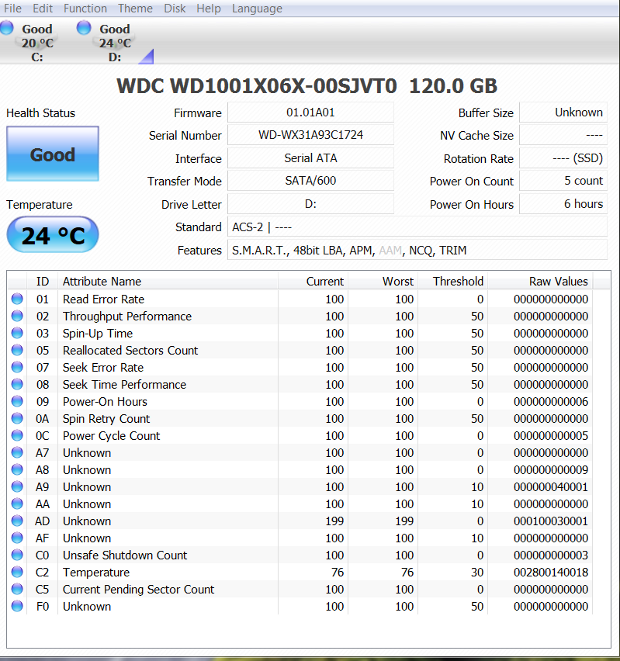 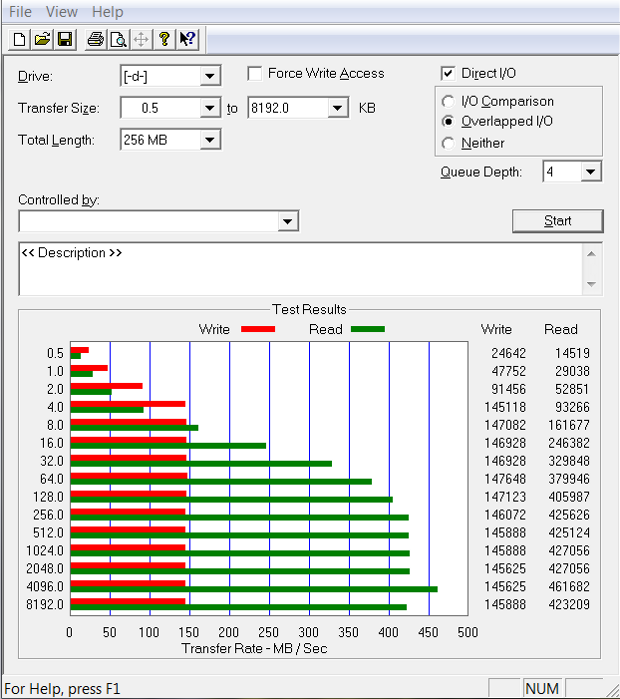 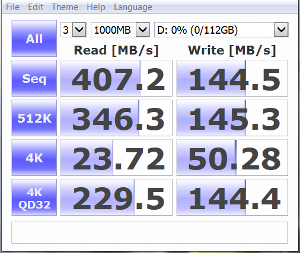 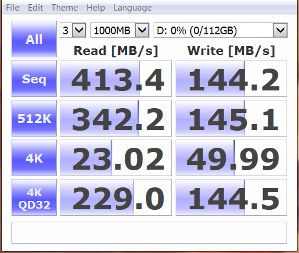 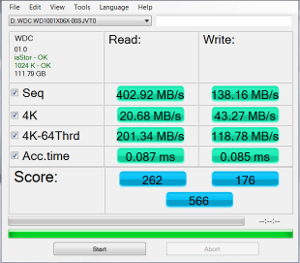 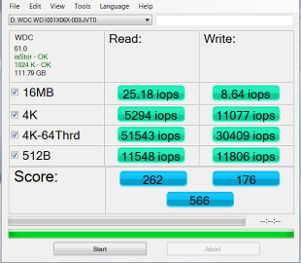 With AS SSD’s copy benchmark test, the SSD portion of the WD Black2 shows mediocre results at best. 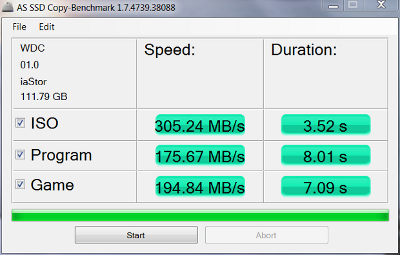 Even set at “zero fill”, the Anvil results for the SSD are rather disappointing.  Maximum read speeds are under 400 MB/s, and writes below 140 MB/s.  The total score of 2603.65 puts it way down the charts as compared to other SSDs. 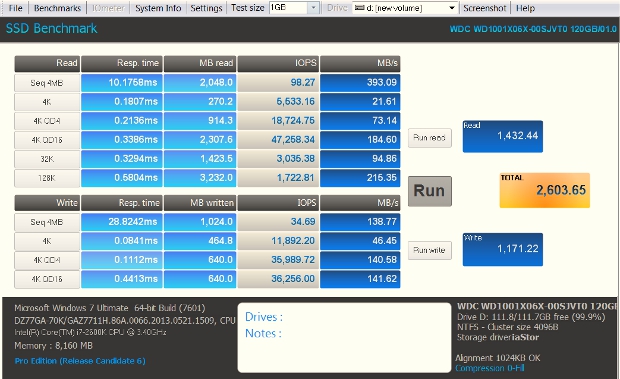 The SSD Review uses benchmark software PCMark Vantage x64 HDD Suite to create testing scenarios that might be used in the typical user experience.  There are eight tests in all and the tests performed record the speed of data movement in MB/s, to which they are given a numerical score after all of the tests are complete.  The simulations are as follows:

* Windows Defender In Use

* Streaming Data from storage in games such as Alien Wake which allows for massive worlds and riveting non-stop action.

* Media Center which can handle video recording, time shifting and streaming from Windows media center to an extender such as XBox 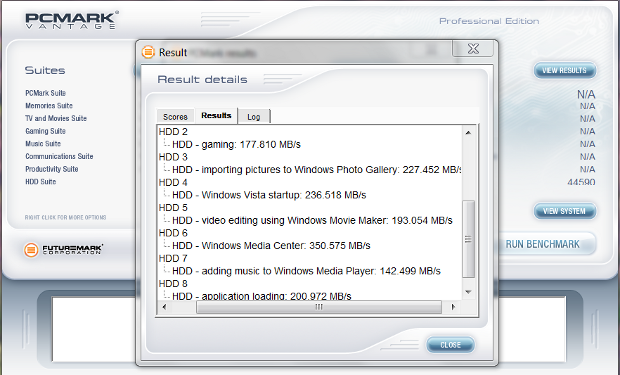 The SSD portion of the WD Black2’s PCMark Vantage score of 44590 is also rather low in comparison to other comparable SSDs.  The significantly lower write speeds are dragging down the overall score in several of our benchmarks.