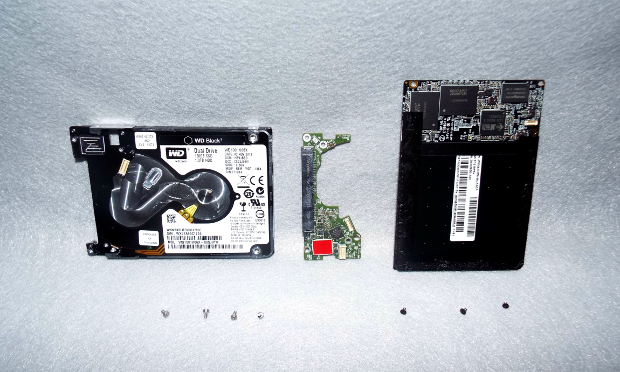 Describing the WD Black2 as being an HDD and an SSD “sandwiched” together is by no means an exaggeration.  Separating the two halves requires some painstaking care and concentration.  After removing a trio of tiny Torx screws on the SSD top at the SATA connection end, we must still carefully separate the two drives by sliding a knife blade between the black double-faced tape attached to the SSD underside and what turns out to be the top side of the HDD.  The HDD reveals itself to be a WD Blue Slim 1TB 5400 RPM model. 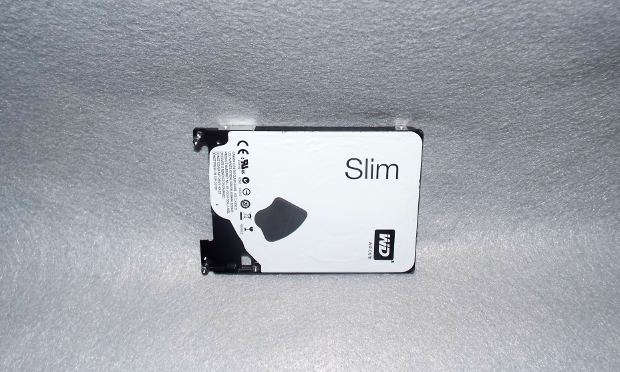 Looking at the PCB side of the SSD (or at least what little area of the PCB real estate that is visible beyond the shield and double-faced tape) we see the controller, DRAM chip, and NAND modules. 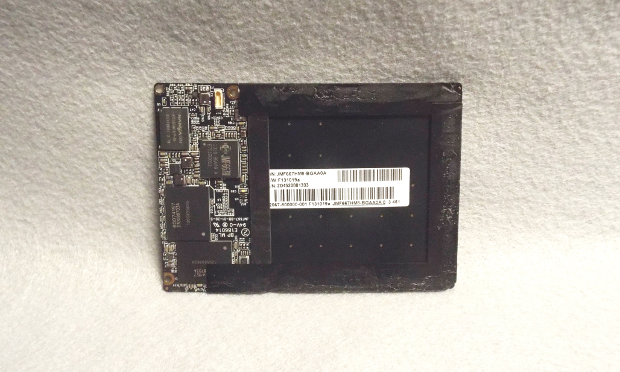 These next two images are the top side and underside of the arch-shaped circuit board that is the Marvell bridge chip after it is removed from the HDD portion. 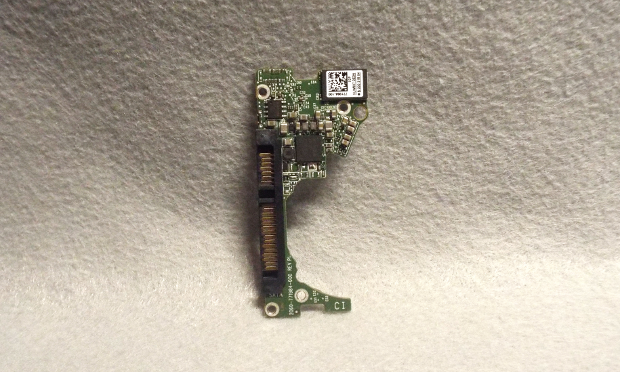 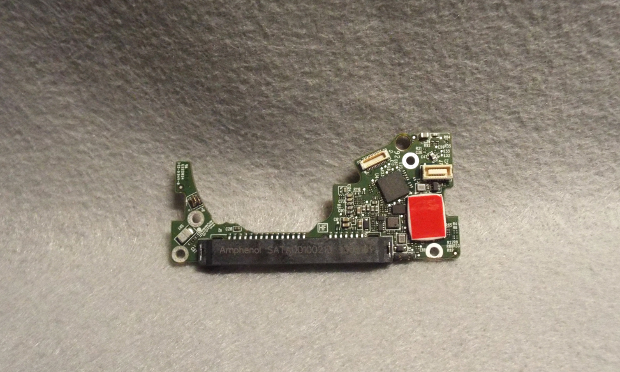 The JMicron JMF667H 4-channel controller is not “mainstream,” and the WD Black2 shares it with some rather odd company, including the KingSpec MultiCore 1TB Driverless PCIE SSD and the SuperTalent USB 3.0 Express RC4 64GB Flash Drive. 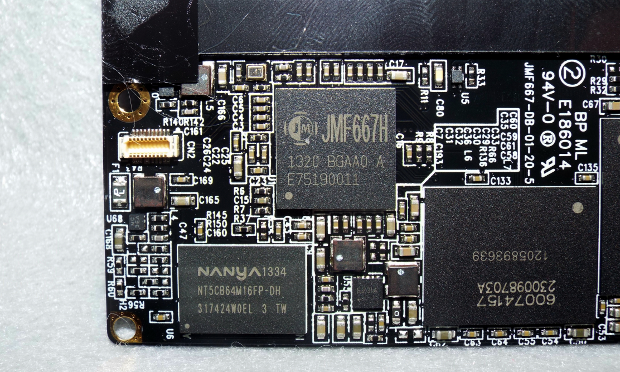 Above we see the JMF667H and the 1GB NANYA DRAM chip.

The WD Black2’s SSD portion sports a pair of 64GB 20nm MLC NAND modules.  The NAND supplier is at this point unknown, although the two most likely candidates would be Toshiba or SanDisk. 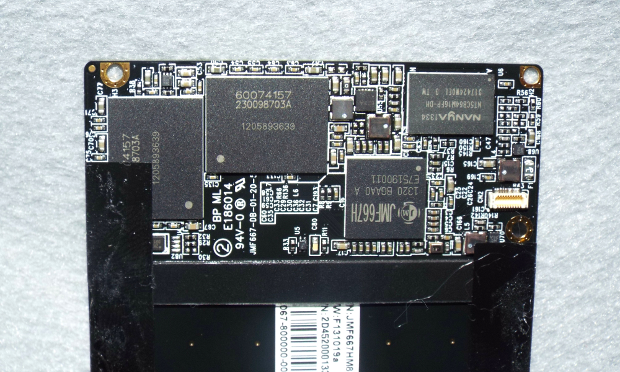