The Intel 750 is the first NVMe SSD released into the consumer market. It offers users some pretty killer performance at a price point that is roughly twice that of top performing SATA SSDs. Back in April we were able to review the 1.2TB model. After seeing the results we were quite impressed, however, at over $1,000 the 1.2TB model does not completely fit the bill for most, unless you are an enthusiast or workstation user. This was quite evident when we kept hearing people ask about the 400GB model more often than the 1.2TB model, especially when compared to the SM951. For most gamers and storage nuts the 400GB model is far more within reach because of its lower price point and because of this we took it upon ourselves to attain the 400GB Intel 750 Series SSD for review. Now that it is in our hands, how does it compare? 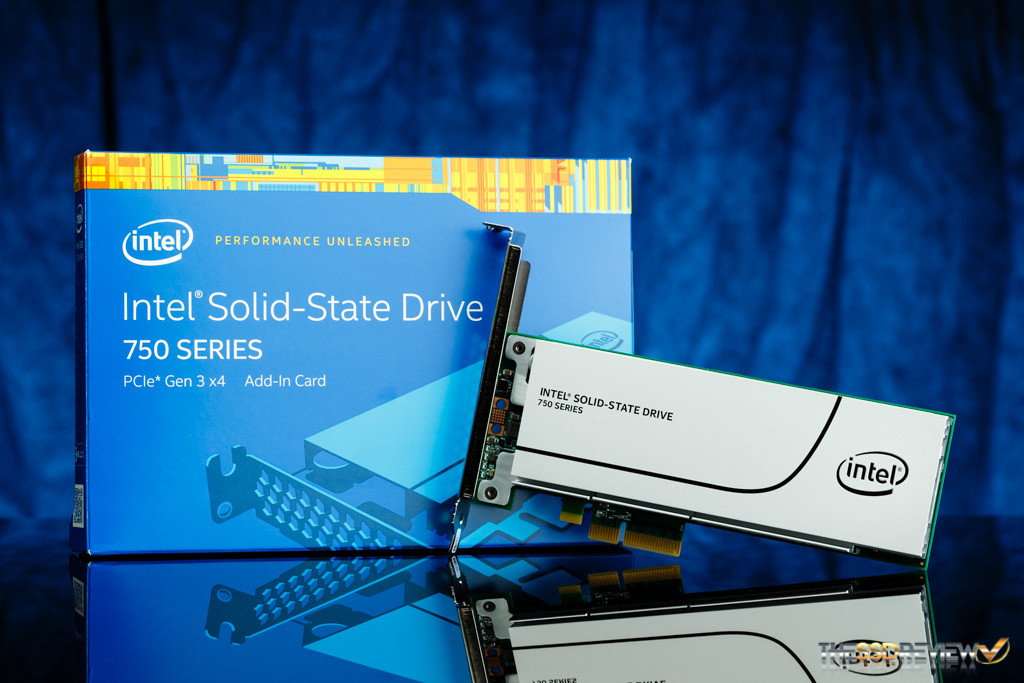 The specs on the Intel 750 Series SSDs have not changed since our review of the 1.2TB model. They are available a 2.5″ 15mm and HHHL PCIe 3.0 x4 add-in card (AIC) form factors. The 2.5″ model doesn’t use your typical SATA or even a SATA express connector, however, it uses an SFF-8639 connector (now called U.2). This is troublesome for consumers as there is very little support for it at this time. Upcoming motherboards will be providing support for this connector though and some manufacturers have already started to ship M.2 to SFF-8639 adapters with their motherboards. Capacities are available in 400GB and 1.2TB. The 400GB model we are reviewing today goes for $399.99. If you want to step up to the 1.2TB model be prepared to dish out $1049.99.

In terms of features it has TRIM, garbage collection, and S.M.A.R.T. support as well as power-loss protection. Also, the latest version of Intel Toolbox supports the Intel 750 and includes a bunch of useful tools and features such as SSD health monitoring, diagnostic scans, a firmware updater, a secure erase function, and a system tuner.

Finally, the endurance of the 400GB model is rated for up to a maximum of 127TB written (70GB per day) over the course of its 5-year limited warranty.

In our previous review our sample was delivered without the retail packaging, this time around we got the whole shebang. The packaging follows the typical color scheme as Intel’s CPUs so it is easy to distinguish. Capacity is listed on the front and the specs are on the back.

Inside we can see the SSD is secured in a plastic retainer and it comes with a driver disc and notice paper stating to go to Intel’s website for the latest drivers. It comes with the full-height PCIe bracket pre-installed with a half-height bracket included as an accessory.

As we can see the 400GB model looks identical to the 1.2TB model. Also, we can see the plate that is installed on the back of the PCB for aesthetic reasons, this is something that was not included on our previous review sample.

There are two Nichicon capacitors on the PCB to provide power in the event of an unexpected power-loss.