Heat generation is a tremendous problem in datacenters. Heat must be dealt with and doubles the cost of your power consumption. This is a complicated concept, but it must be understood that power usage generates heat. A device that draws 20 watts is going to not only use twice the power as a device that draws 10 watts, but it is also typically going to generate nearly twice the heat! Devices with lower power draw run cooler which creates less need for cooling.

The equipment in the typical datacenter will run extremely hot. This heat must be removed via various means. As time progresses, datacenters are actually running hotter and hotter, some up to 80-85F. This is because of the massive costs that are required to cool via evaporators, water, and standard AC chillers. In an effort to drive down costs, datacenters are now placed strategically in countries and regions that have a predisposition for lower temperatures and mild weather. 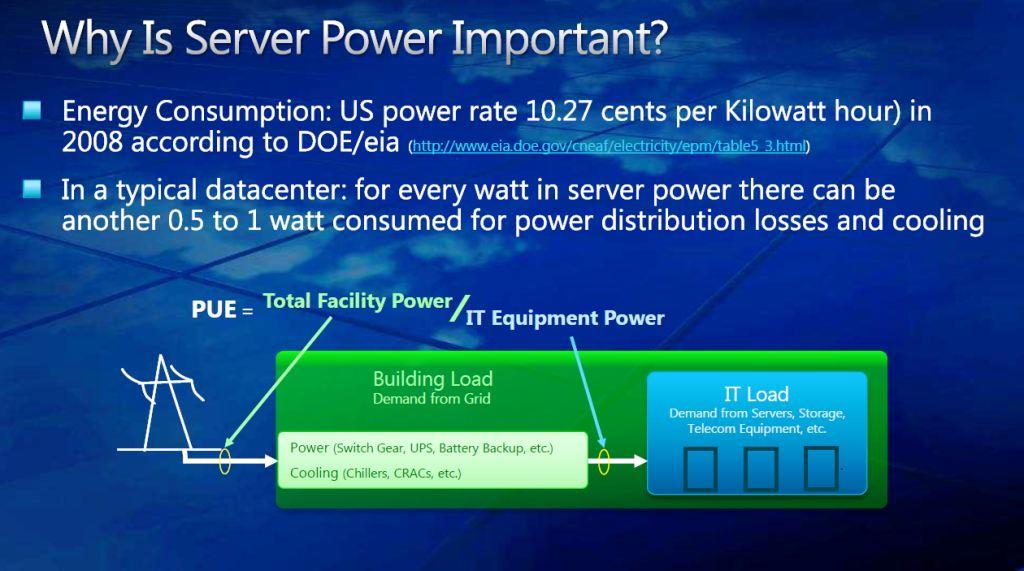 Regardless of the techniques that are used, heat mitigation is a constant fight. Each watt of energy that is used in the data center requires up to another additional watt of power to cool the heat generated from the consumption of the power in the first place. This is truly a double edged sword! The use of energy requires more energy just to cool the heat generated from the initial consumption.

Even with the massive changes in today’s datacenters to minimize energy usage and cooling requirements, the fact is that data centers that are 10 years old with much lower efficiency are still operating, and will continue to do so for a long period of time. Even in the most efficient cutting-edge datacenters, power and heat is a killer of the bottom line. Taking into consideration the amount of extremely inefficient aging datacenters that are still in operation just highlights the importance of power consumption and heat generation even more.

These are the datacenters most in need of SSS acceleration, and that is why these measurements of power and heat generation are so important to our testing. These are the basis for the IOPS per Watt measurements that will be included in each evaluation. We will provide numbers for IOPS/Watt for the following measurements; 4k Random Read, 4k Write, Steady State 4K Write, and Over Provisioned 4k Write.

Once enough devices have been tested and entered into our database, we will begin to list comparisons of the IOPS per Dollar that are had with each device in respect to over provisioning, Steady State and FOB performance.

The rapid pace of change in the data center and in enterprise applications usually centers around the infrastructure and support system of the data center. Even though the operating parameters, locations, and strategies for cost mitigation vary, several things remain consistent.

Storage is the cornerstone of everything. The grand scale of data centers and the servers and various appliances utilized inside the facility are all pointless if there is no data to work with.
Tape and HDDs are the backbone of these facilities. They determine the difference between success and failure more than any other single component. There are few devices that affect the overall performance and generation of data more than the humble HDD.

Surprisingly, the most important factor of the datacenter that requires the most space, eats the most power, generates the most heat, and demands the most floorspace is usually the oldest design on the floor. Tape and HDD are dinosaurs in computer years, having shrugged off the massive generational leaps in performance that their CPU, RAM, GPU and other counterparts have experienced over the years. HDDs keep chugging along, albeit slowly.

Enter Solid State Storage. SSS is definitely a very disruptive technology, and the new kid on the block brings massive generational leaps in performance, power consumption, heat generation and space requirements. They are definitely everything that HDD is not. Everything that the HDD and Tape is bad at, SSS excels at.

The key is successful integration of SSS into the datacenter in ways that just make sense. The answer isn’t all SSS, and never will be. It would be incredibly shortsighted not to realize the potential that is waiting to be tapped with SSS in enterprise applications, however, so expect to see the continued massive double digit year over year growth.

For us, our Enterprise Test Protocol (ETP) signifies a shift into different types of product testing scenarios that are exciting and relevant. We consider this to be a ‘living document’ of sorts and encourage feedback and input from manufacturers and readers with any suggestions on how to improve, or enhance, the ETP as we move forward. Any and all changes to the procedures will be thoroughly documented in the testing outlines in this article, as we believe that transparency and reproducible results are important to our readers.