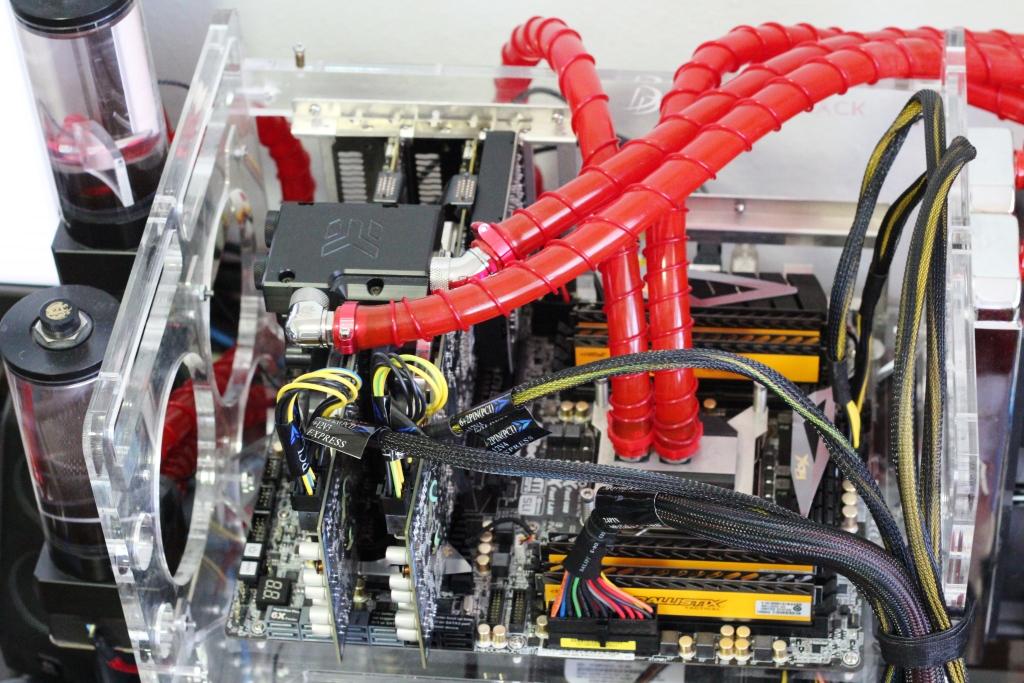 We will be utilizing the X79 (Patsburg) Chipset. A 9211-8i will be used as the connection to the host machine. This will provide device pass-through without RAID overhead or caching. The 9211-8i also provides us with a stable platform that is relatively free from wild driver changes that motherboard chipsets are subject to. We will use the Windows Server 2008 R2 operating system.

All tests will be conducted using Iometer 2010, with full random data, unless otherwise specified.  All tests must be ran consecutively, with no interruptions. Any interruptions will require a power down to preserve drive state.

Utilizing software such as Iometer allows us the flexibility of testing these drives with direct attachment to the HBA, and a minimum of host processing limitations. This will eliminate all possible slow points and latency constraints that will be introduced into the testing by using network-based systems. In many cases SSS will be tested with extraneous equipment connected, which ‘muddies the water’ in terms of the base performance of the SSS itself.

While performance over networks and with SANs is important, that affects the measurements of the device itself, and shifts the focus from the testing of the SSS at hand to the equipment used around it.

We are focused on providing accurate measurements of the SSS itself, with no interference from performance-bound limitations introduced from other types of software and hardware that can be used. Different software-based approaches can be performance inhibited by many different aspects of the host systems’ CPU, RAM, and chipset limitations. Frequent driver updates to host operating systems, and the software itself, can introduce performance variability over the course of time. This does not ensure a stable platform that can produce consistent comparative analysis over an extended period of time.

We fell that it is important to measure the device itself, with no possible interference.

Several IOMeter profiles will be used to test several metrics of performance. These tests will be ran in the same order through all 3 rounds of testing. These are industry standard profiles that emulate the workloads that the SSS will be placed under during normal usage. The profiles are as follows:

As defined by SNIA, steady state can be understood as follows:

A device is said to be in Steady State when, for the dependent variable (y) being tracked:

SNIA Specification calls for the X-Axis in the above chart to be representative of each round of testing. This being much too time consuming for realistic application, we will use the X-Axis as a function of time.   Every 2 minutes the performance of each respective profile at QD32 will be logged and compared until the measurement window, defined above, is met.

Preconditioning is the process of putting the SSS under different loading scenarios that will facilitate conditions and place the drive in Steady State. Preconditioning takes place after the SSS has been secure erased, and the device is FOB (Fresh Out of Box). There are two steps to preconditioning:

WIP is defined by SNIA as:

The technique of running a prescribed workload, unrelated, except by possible coincidence, to the test workload, as a means to facilitate convergence to Steady State.

The first execution of each profile will be logged as FOB (Fresh Out of Box) performance. All QD will be executed for all profiles for 60 Seconds and logged. Then the capacity of the device will be written twice with 128KiB sequential writes.

WPB is defined by SNIA as:

The technique of running the test workload itself, typically after Workload Independent Preconditioning, as a means to put the device in a Steady State relative to the dependent variable being tested.

Even with most enterprise class SSS sporting massive amounts of OP, there are still gains from OP. With some lower-end SSS benefiting tremendously from OP, all SSS tested will have OP performance logged as a means of facilitating comparison.

Power usage is a huge concern in the enterprise sector. Each profile will have power consumption logged while under a load of QD32, with idle and start-up values recorded as well. The power consumption testing method is not as accurate as lab testing, but serves to illustrate the power efficiency at various loads with a +/- 10% sampling variance.  More detailed info on power considerations will be provided on the following pages.

Heat is also a huge concern for the enterprise sector. Heat will be measured by monitoring the embedded temperature sensors on those devices that utilize them. No forced air will be used to cool the devices, so the results of heat testing will be representative of worst-case scenarios. The intention is to measure the total heat that is generated. In real life scenarios with ventilation, results will be much better.

SSS with internal sensors will also be logged with external sensors, as a fair means of T-Delta comparison with SSS that lack internal sensors.  More detail on Heat and its importance in the data center will be provided on the following pages.