Our attendance at the Samsung Global SSD Summit in South Korea brought us a first glimpse of a new standard in ultrabook storage performance.  At the Summit, the Samsung XP941 M.2 PCIe SSD was displayed reaching 1GB/s transfer speeds and Apple has since released their 2013 MacBook Air which has a customized variation of the XP941; this attaining native performance of 794MB/s.  Most recently, Sony released their newest Vaio Pro 13 which also appears to have the XP941 installed and there is no doubt this ‘trickle effect’ of distribution will become a waterfall soon enough.  For the first time, even our request for a review sample was put on hold as Samsung can’t seem to keep up with demand. 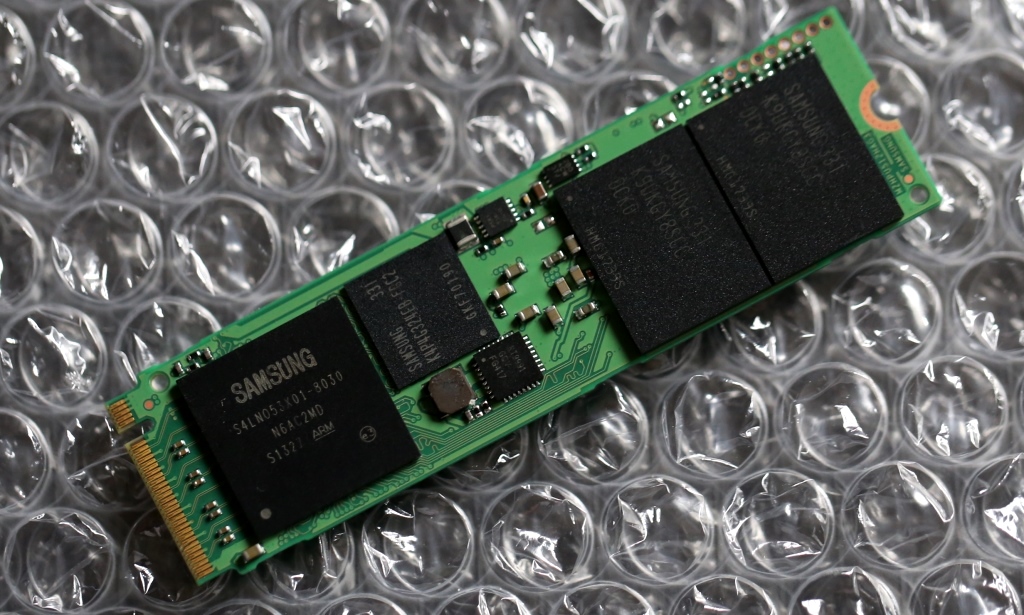 You can imagine our surprise when our good friend Rod Bland of RamCity in Sydney, Australia, asked if we would be interested in getting our hands on the new XP941 for review, sooner than later.  Naturally, we jumped at the opportunity and the XP941 arrived from Australia in just under five days.  Can anyone explain to me why it takes 3 months for my son to receive care packages from his mother while studying in Brisbane?  In any case, the arrival of the Samsung XP941 left us in a bit of a predicament that had to be addressed; we had no means of benchmarking this rocket as our M.2 adapter equipped Asus mobo was only a single lane solution (500MB/s).

Luckily, we had contacts in Taiwan who were able to create just what we had in mind…and fast.  We needed a solution that was future proof and our friends at Soliton Technologies went all out and sent us a PCIe 3.0 x16 NGFF/M.2 adapter.  Considering that PCIe 3.0 reaches a bit rate of 8 GT/s, which translates to roughly 985 MB/s per lane,  ‘overkill’ is pretty fitting as a pet name for this adapter. Even the much touted LSI SandForce ‘Griffin’ based M.2 PCIe SSD, capable of 1.8GB/s will be childs play once we get it in our hands.

and, as well, a custom design of this SSD is found within the new Apple MacBook Air.

It is being manufactured in capacities of 128, 256 and 512GB and claimed performance is up to 1170MB/s read and 970MB/s write with IOPS reaching 122K read and 72K write, all within PCIe 2.0 x4 lane environment. Performance is variable, depending on capacity, and write performance of the 128GB capacity is 450MB/s with it jumping to 800MB/s for the 256GB capacity.

The Samsung XP 941 contains Samsung’s 3-core eight channel MDX (300MHz) controller which is custom designed for PCIe and eliminates the bottlenecks seen in SATA 3.  Beside the controller is 512MB LP (low power) DDR2 Samsung DRAM cache, along with 4 modules of Samsung’s 64Gb MLC NAND flash memory, each module having a RAW capacity of 128GB.

Once formatted, the final capacity of the XP 941, that is available for user storage, is 477GB.  As well, product warranty for client SSDs is the responsibility of each system manufacturer.

Having said that, we have no problem giving a quick plug to RamCity as they have an absolutely massive selection of Samsung consumer, client and enterprise SSDs available for purchase. Where many find drives such as the Samsung 843T almost impossible to obtain in smaller volumes through Samsung, Ram City has them in stock and, well, they got our drive to us in Canada in less than a week.