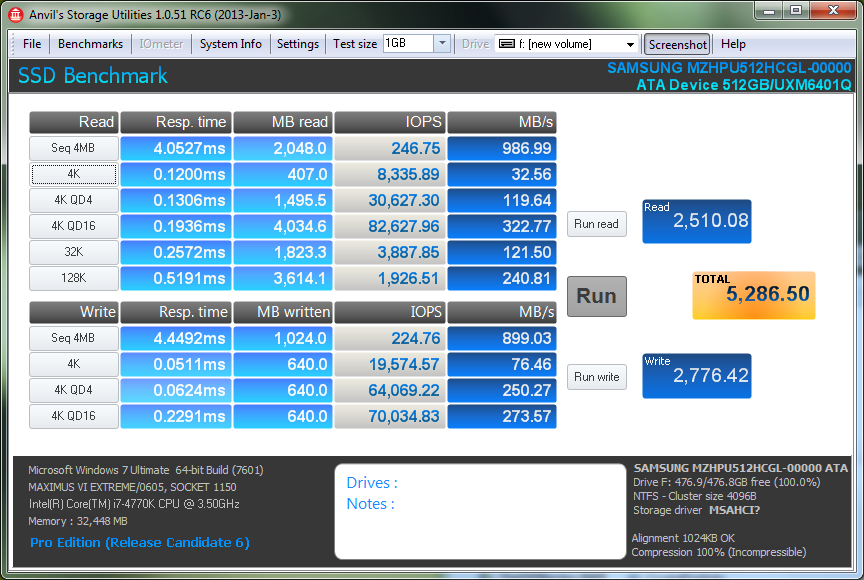 As much ASU provided some great throughput and IOPS results, this is the first time we could get an example of what the Samsung XP941 M.2 PCIe SSD could do with respect to disk access times (Resp. Time) and its speed here is very impressive, no doubt making a large contribution to the final Total Point Score.

Samsung’s XP941 provided one of the best results we have ever seen in PCMark Vantage Testing with a Total Point Score of 119053.  Not only did every result easily surpass the former bottleneck known as SATA 3, but also, the top transfer speed reached was that of 847MB/s while working in Media Center. 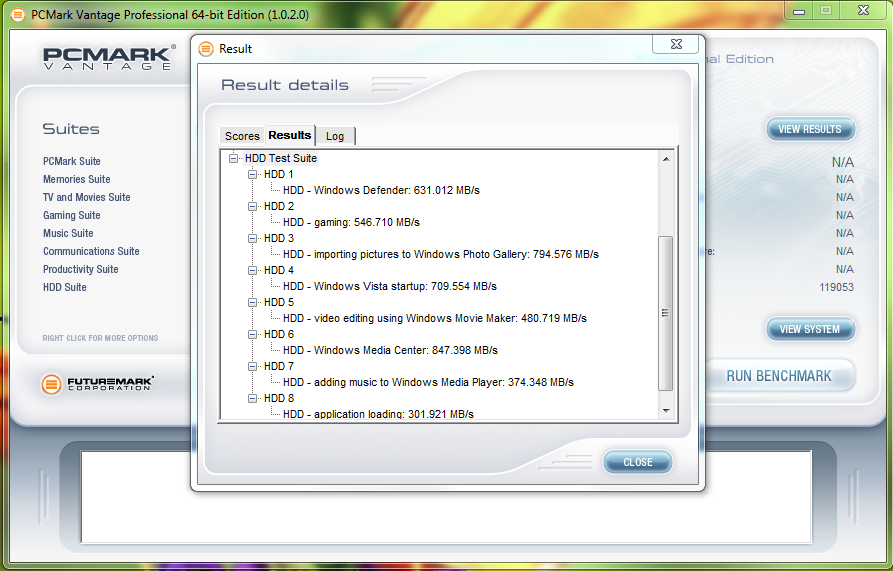 Even more impressive was the result we saw in Vantage when the system was optimized, bumping the Total Score to 140455 and a top transfer speed of 947MB/s: 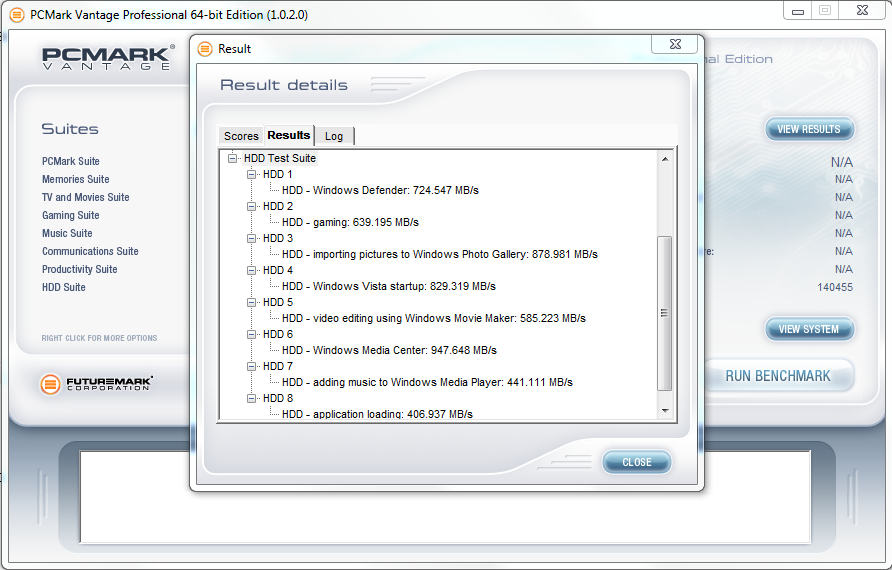 When comparing to any SATA 3 SSD, there really is no comparison for us to demonstrate just how much faster the Samsung M.2 PCIe SSD is compared to the competition.  Just as an example, we have provided Vantage results of the fastest similar form factor SSDs tested to date.  Don’t let the fact that we have left out notebook SSDs from this chart influence you; the XP941 blows all of them away as well. 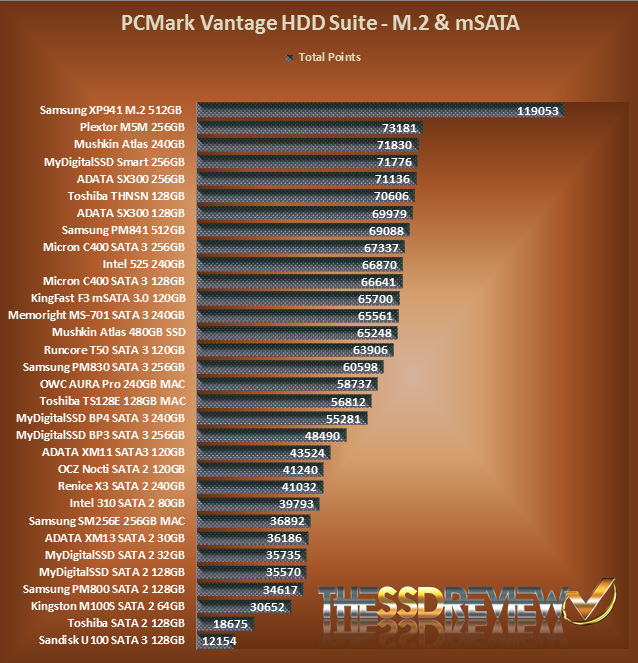