The Samsung XP941 is the only SSD on the market that is capable of PCIe x4 performance over 1GB/s at present.  As with many Samsung products, it is technically not even a retail product and must be purchased through third party resellers.

We were lucky to have the XP941 in our hands and tested long before others and, not only have we been able to test it in several different configurations, we have also been able to contribute in the advance of this technology through our input to manufacturers. 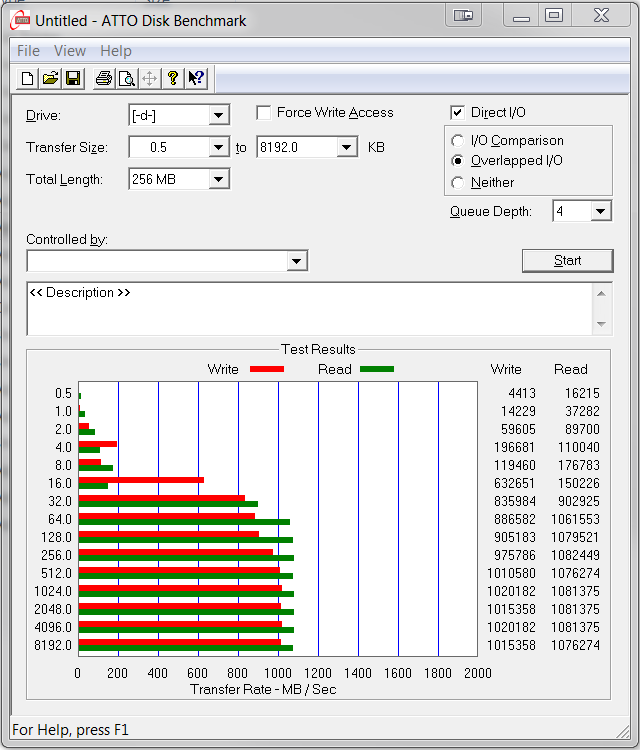 The XP941 starts out strong with speeds of just over 1GB/s read and write performance.  A quick check of our original reports might show speeds a bit higher, but relatively consistent.

Crystal Disk Benchmark is used to measure read and write performance through sampling of highly compressible data (oFill/1Fill), or random data which is, for the most part, incompressible. Performance is virtually identical, regardless of data sample so we thought we might cheat just a bit and throw in an ‘optimized’ result. 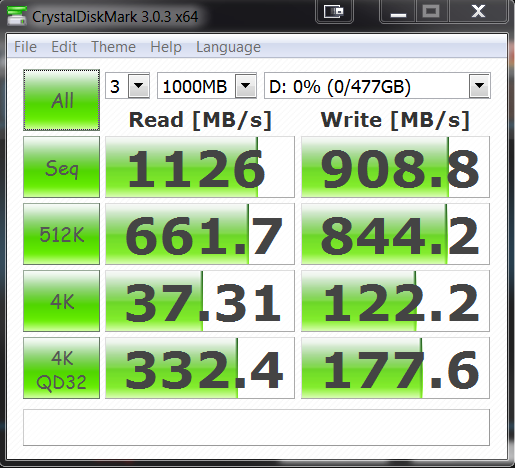 It’s always nice seeing low 4K random write performance of 122MB/s, but remember, this is the result of our system being left at it’s default BIOS settings where the C States are optimized and turned off. 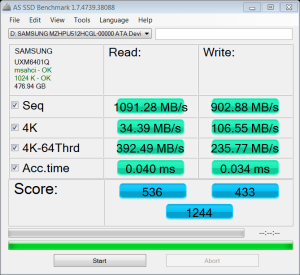 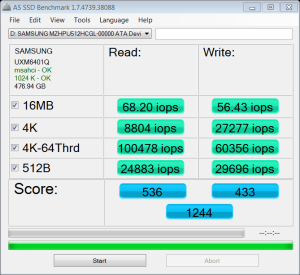 AS SSD shows superior performance to Crystal Diskmarks and hitting 100K IOPS is ideal.  Take a look at this first file transfer speed in the AS SSD Copy Bench: 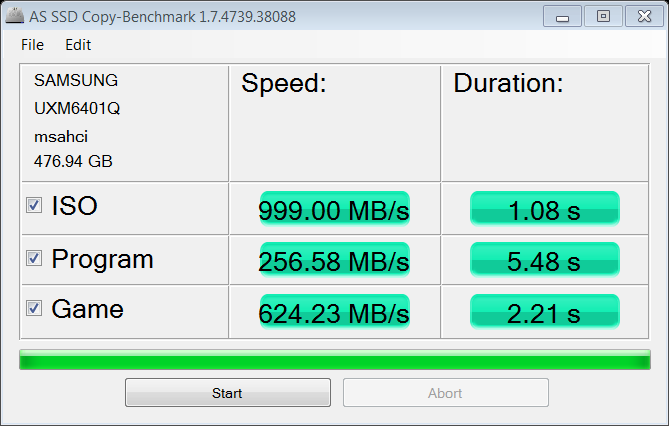 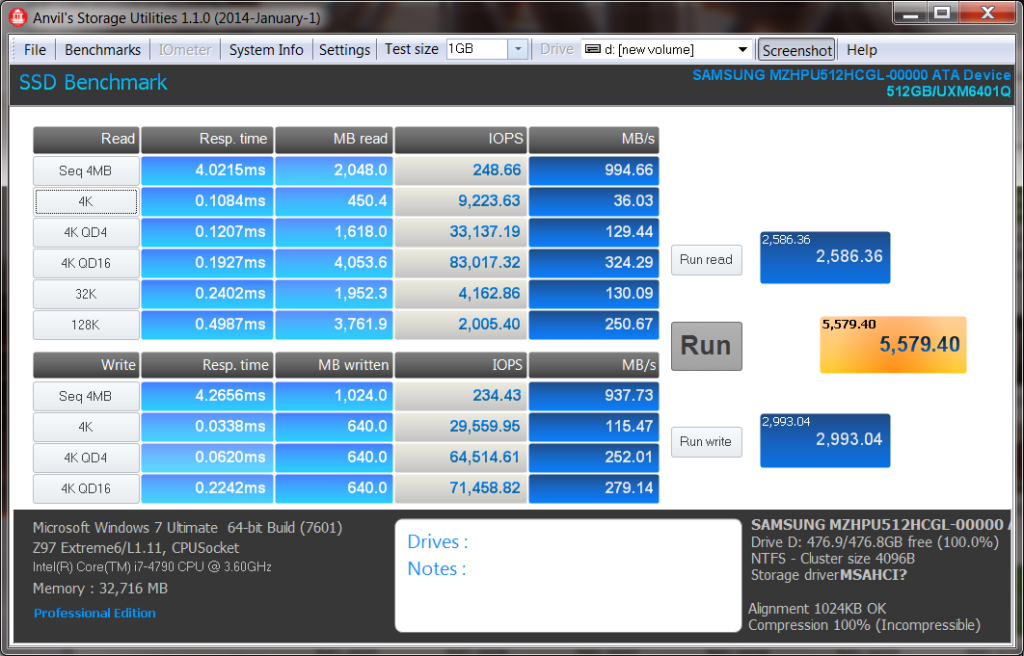 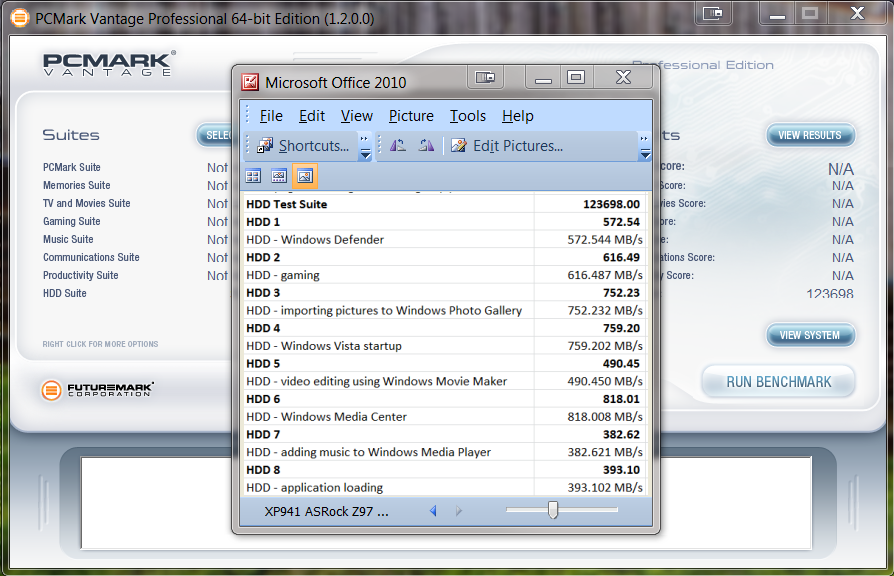 123698 points is an absolutely amazing result for any single form factor SSD and it great to see true to life transfer speeds as high as 818MB/s when testing in Windows Media Center.