Things have changed a lot since we have started reviewing SSDs. They have gone from the highest priced parts, only few could afford, to something that almost everyone can buy for a reasonable price…depending on how much space you really need that is. We went from SSDs that were barely faster than HDDs to some that are magnitudes faster than whole HDD based servers! Early on, SATA performance has been limited by the interface. So, in order to compete, manufacturers had to do one of two things, get creative to offer more value so that they didn’t have to lower their asking prices, or, cut the cost of their product so that they could simply reduce their asking prices, the prior being easier than the latter.

While trying to prevent price cuts and offer more value than their competitors, some manufacturers tried to include some accessories with their SSDs. Often times we would see 7mm to 9.5mm drive spacers, 2.5″ to 3.5″ drive bay adapters, software toolboxes and migration software, and even migration kits with USB to SATA adapters and screwdrivers included with an SSD. Other companies said forget that and decided to create products with cheaper hardware, such as lower performance controllers and NAND, so that they could then lower their prices, but still keep their margin goals. As a result of this, we saw the emergence of three SSD class segments. 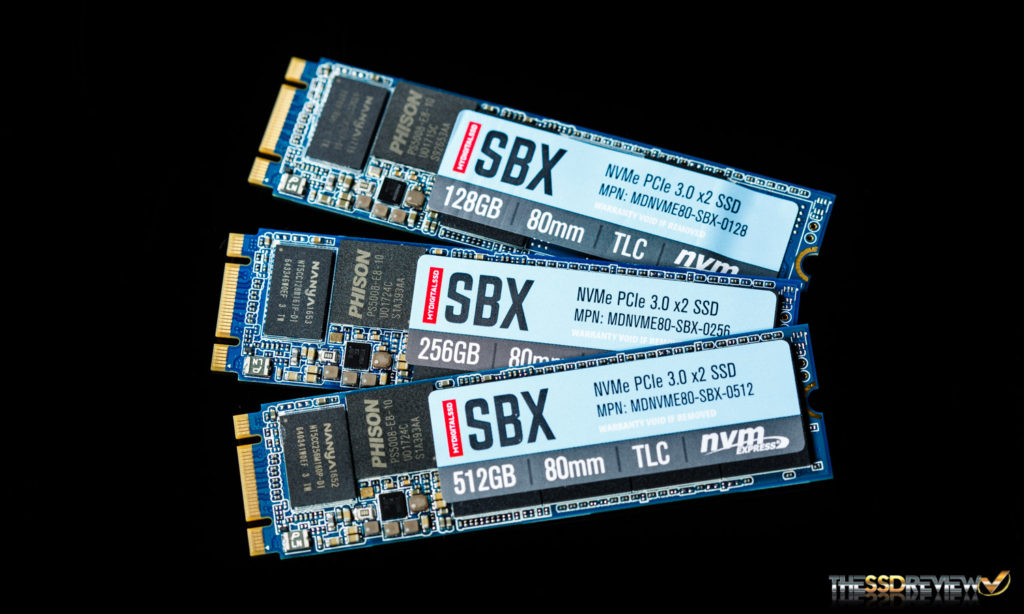 The first is the entry-level segment, aka, the cheapest of the cheap. More often than not, these SSDs do not include any accessories, have limited capacity ranges, and feature SLC caching to help offset poor sustained write performance. Next, is the mainstream segment. These SSDs are slightly pricier than the entry-level drives but still affordable and they usually include accessories and offer better performance. Finally, there is the enthusiast class segment. These SSDs offer the best performance, endurance, warranties, and can often times be more expensive than they are worth. These things helped to keep margins as high as they could, but over the past few years, it has still been a tough race to the bottom for SATA devices.

With everyone trying to undercut one another, we started to see product segment value blur from one segment to another to the point at which the SSD market is now starting to transition from SATA to PCIe as its next step. The enthusiast class SATA segment has already disappeared. Enthusiast class SSDs are all PCIe NVMe devices. On top of this, the mainstream SATA segment has slowly been merging into the entry-level segment and some companies have even phased out their mainstream SATA based drives completely, now only offering an entry-level SATA SSD and an enthusiast class NVMe SSD for their customers to purchase.

But, things aren’t quite finished yet. While SATA is still the majority of the market and still offers a huge boost over HDDs, people are still wanting more value and more performance in the entry-level segment. With mainstream and enthusiast class SATA devices dwindling, the only way to do that now is to break free from the SATA interface completely and thanks to advancements in controller and NAND technology it’s happening.

Having said that, this brings us to the subject of today’s review, the MyDigitalSSD SBX. The MyDigitalSSD SBX is the new entry-level NVMe SSD on the block. It features Phison’s new E8 NVMe controller and Toshiba’s BiCS TLC NAND. This combination enables the SBX to break free from the SATA interface and deliver some rather impressive performance, as to be expected of a PCIe device, but most importantly, it comes to market with prices that are comparable to SATA, even cheaper than some of the still in channel enthusiast class models! With performance three times greater than SATA at its worst and prices that may allow it to take reign over the market, we just couldn’t wait to get this drive in our hands. Now that we do, its time for you to read on to see if it could be your next purchase.

The MyDigitalSSD SBX has a clear blister packaging that reveals the SSD itself on the front as well as an included screwdriver and extra M.2 fastening screw, just like their higher performing M.2 SSD, the BPX, that we reviewed before. Their marketing phase for this SSD is, “Say hello to GB/s,” which is very suiting as this is why one would choose this PCIe based SSD over a SATA based one. All the main info is easily seen as well. On the front, it mentions the form factor, interface, performance numbers and on the backside it shows the features, capacity, and a small except that explains their “Say hello to GB/s” phase from the front side.

This M.2 SSD is single sided in its design and thus, there are no components on the backside, making it perfect for almost any system that takes M.2 2280 PCIe devices.

When focusing on aesthetics, it is hard to make an M.2 SSD look good and stand out from the rest. The blue PCB does just that for the SBX however. When paired with some of the newer motherboards, this blue would blend in nicely, although, we still prefer black as the best alternative to green.

As mentioned previously, the SBX features Toshiba BiCS 3D TLC NAND and one of Phison’s latest SSD controllers, the PS5000-E8. This is the first time we have reviewed a product with this controller, so we look forward to the results in today’s testing. It is a PCIe 3.0 x2 design, meaning it only utilizes two PCIe lanes instead of four like most other PCIe controllers. It is also a four-channel controller, meaning there are four channels to talk to the NAND simultaneously.  This helps to keep cost and power consumption down compared to 8 and 10 channel designs. Furthermore, it utilizes a DRAM buffer as well, which we can see is manufactured by NANYA on this SSD. A controller without a DRAM cache (Phison E8T) could help to manufacturers with BOM costs, but it would be at the cost of performance currently. Now, let’s get to testing!