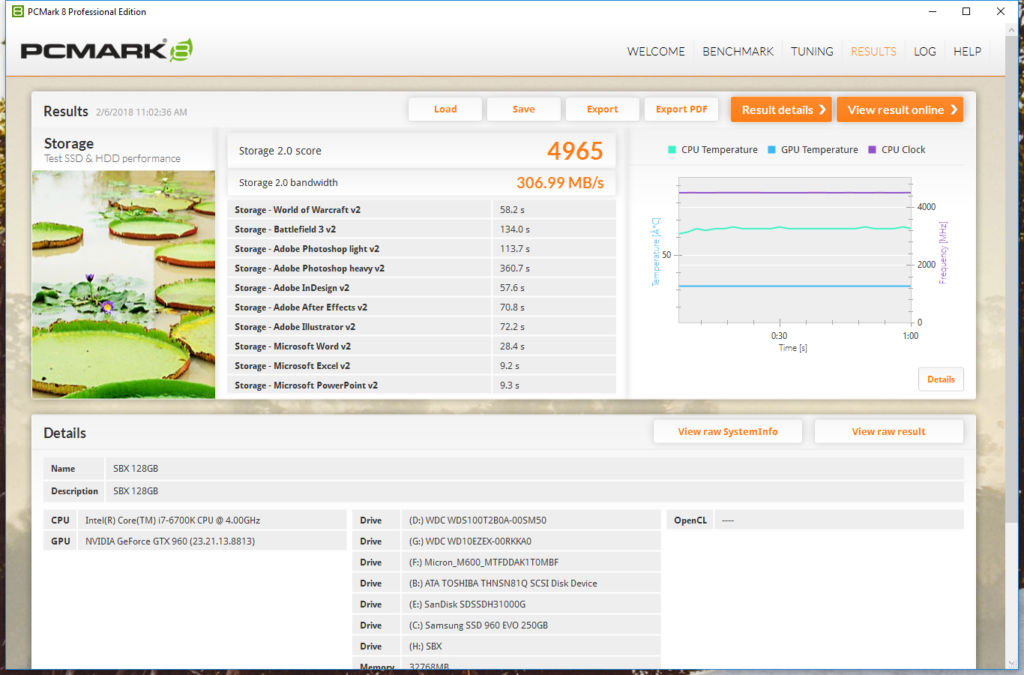 With its average bandwidth of 307MB/s, the 128GB model is the lowest performing M.2 NVMe SSD we have tested yet, overall, its performance is similar to what high-end SATA SSDs are capable of. The 256GB and 512GB models, on the other hand, are fairly quick and outpace their SATA competition with average bandwidth results of 370MB/s and 404MB/s.

Just like many other entry-level SSDs, the MyDigitalSSD SBX lacks consistent performance in PCMark 8 Extended. During the heavy workload phases (degrade and steady-state rounds), the SBX shows latency spikes from 1.25-3.5ms and averages about 150MB/s in bandwidth. During the light workload phases (recovery rounds), the SBX is unable to recover quickly and its performance lags behind the rest of the pack, matching the Plextor M8Se’s performance for the most part.