MyDigitalSSD isn’t one of the big-name brands you may be used to, but don’t mistake a lack of brand awareness with their quality. MyDigitalSSD has been selling quality products for a while now and we have reviewed quite a few of them over the years. Many of which, have earned our Gold Seal, Editor’s Choice, and Top Value awards. They seem to know exactly what it takes to make a good SSD and aren’t letting up anytime soon, which, brings us to the topic of today’s review. 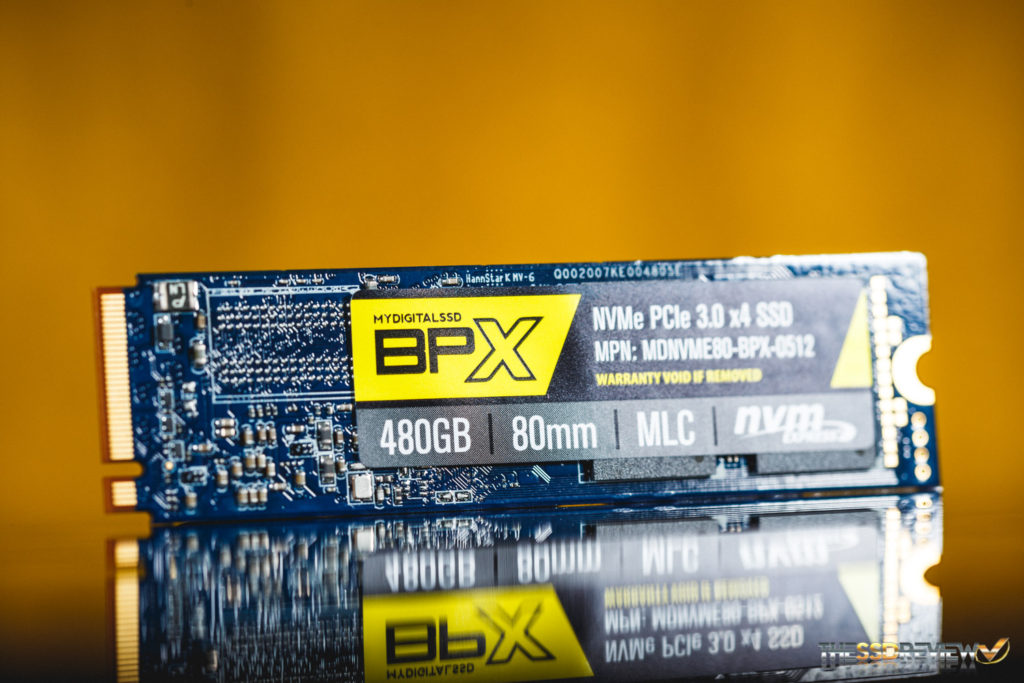 Today, we are going to be analyzing is the company’s first NVMe SSD and it doesn’t look like our review will stray from this on-going trend. The MyDigitalSSD Bullet Proof eXpress (BPX) offers speeds of up to 2.6GB/s read and 1.3GB/s write and has higher endurance than any of its competitors. Not only that, it has some of the cheapest prices per capacity in its performance category that we have seen yet! It looks to be one of the best values in the PCIe NVMe segment on paper and is poised to take the market by storm, but is it truly? Let’s get on with the review and find out.

The MyDigitalSSD BPX comes in blister packaging that pops out at you with its bright yellow and black product spec card. All the main features and specs are listed on the front and back.  Inside is the SSD, which is visible on both the front and back sides, and unlike all other M.2 SSDs, there is a small screwdriver and M.2 socket screw.

This SSD is double sided, meaning there are components on both sides of the PCB. There are four NAND packages, a single DRAM package, and single Phison E7 controller. The design is the same as the other E7 powered M.2 SSDs we have been reviewing as of late.

The NAND is 15nm Toshiba toggle MLC NAND with two packages on each side of the PCB, each is 128GiB in capacity. Once formatted you will have 447GB to utilize. Finally, the DDR3L DRAM package is from NANYA and is 512MB in capacity for the 480GB model we are testing today.