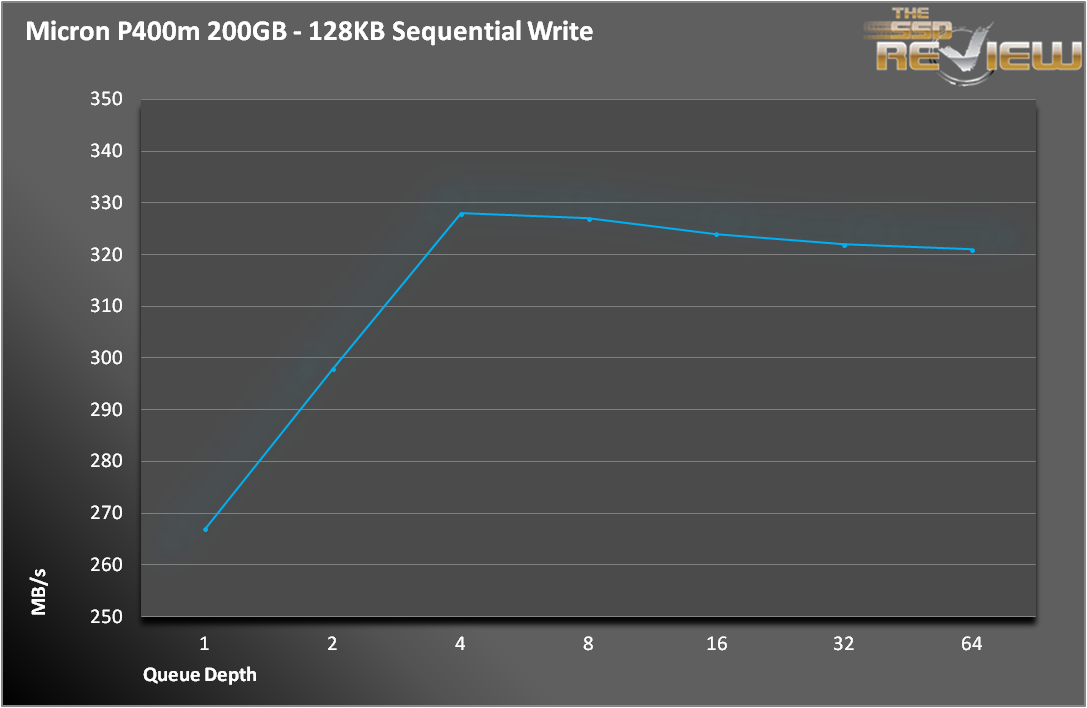 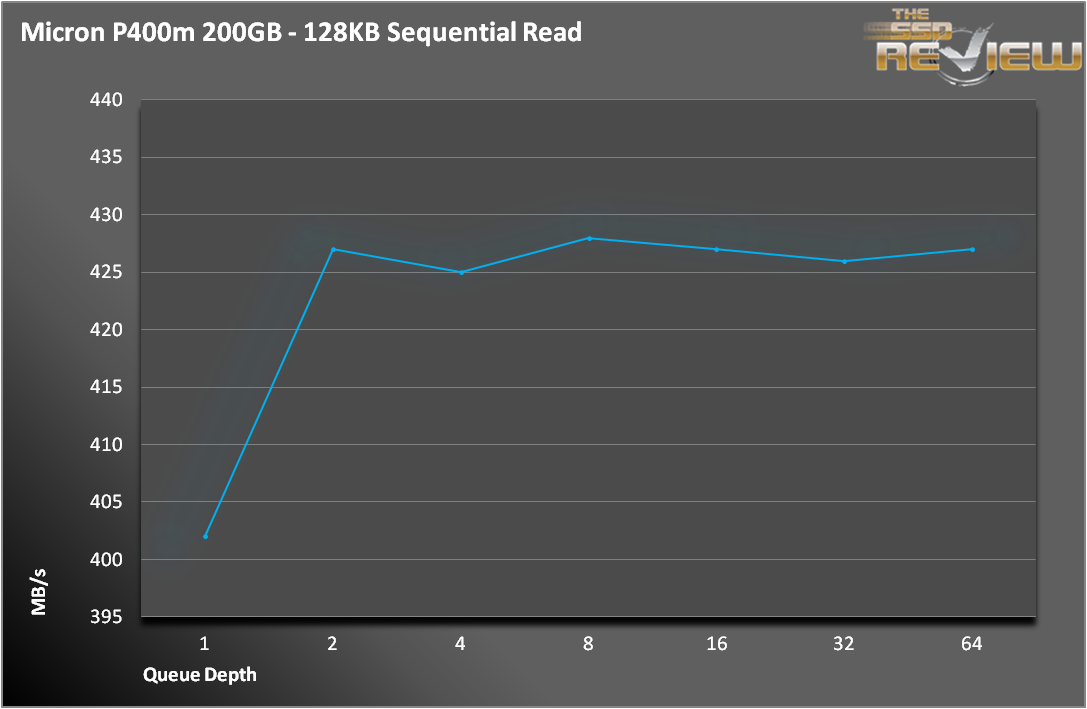 The P400m performed well in our sequential tests. It outperformed its specifications on both reads and writes. We were able to achieve over 420MB/s on reads and almost 330MB/s on writes. For Micron, this is a huge improvement over the RealSSD P400e and P300. 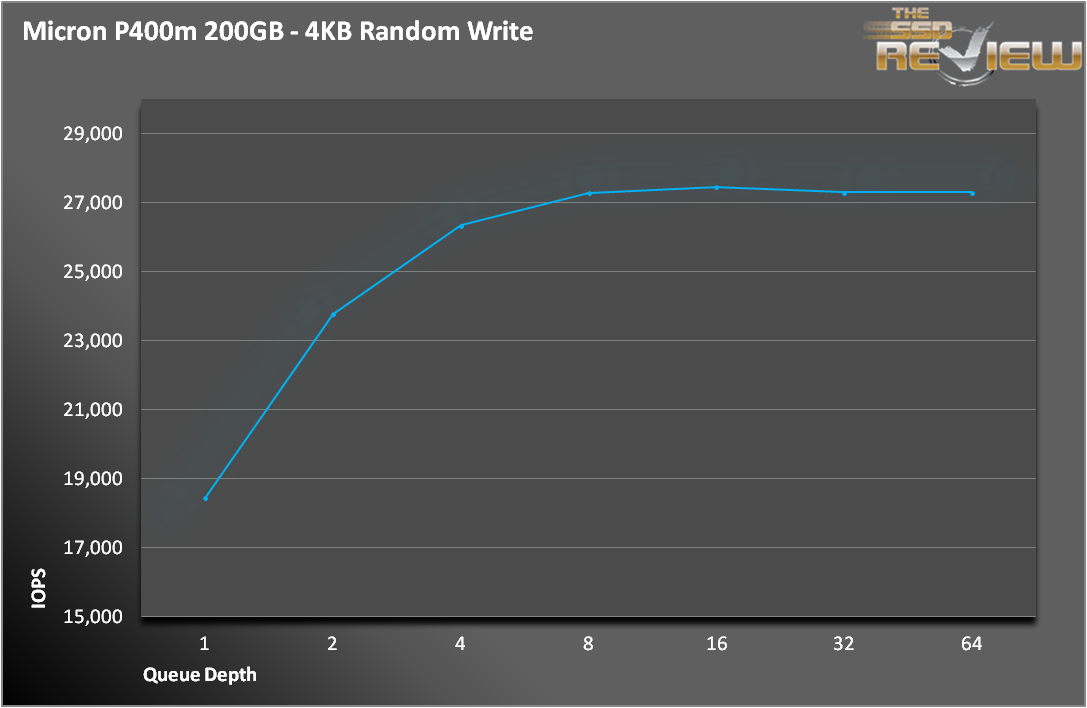 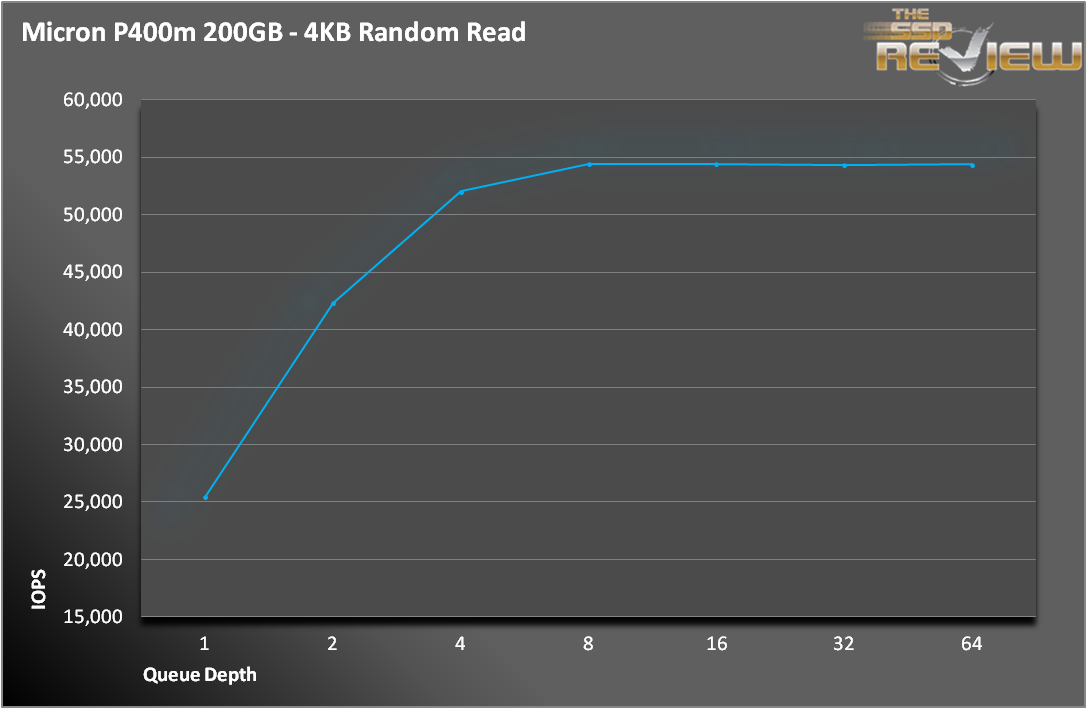 The P400m once again performed well, though not spectacular, with random 4KB workloads. With 54,000 read IOPS and 27,000 write IOPS, it easily outclasses its RealSSD cousins.