As we mentioned earlier, Micron created custom firmware for the P400m. This firmware is the first to incorporate a set of feature known as XPERT (eXtended Performance and Enhanced Reliability Technology).

The first feature in XPERT, Adaptive Read Management/Optimized Read (ARM/OR), dynamically tunes read points to extend NAND life and reduce bit errors. As NAND wears over time and across access patterns, the point at which the controller can reliably read data changes. Without this dynamic tuning, NAND would wear out at a much faster rate. By knowing the exact behaviors and characteristics of their NAND, Micron is able tweak access parameters on the fly. 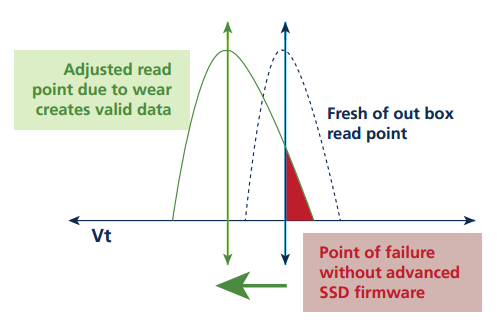 Also included with XPERT is a technology called DataSAFE. It protects the user data as it moves from the host down to the storage media and back. Micron has basically added ECC along the entire data path to not only make sure there are no bit errors, but also that the data was written as intended, without modification.

Finally, XPERT includes RAIN (Redundant Array of Independent NAND), which we saw on the RealSSD P320h. RAIN is a RAID-like architecture that spans all channels. In the P400m, Micron implemented RAIN in a 15+1 scheme, where you have 15 user elements for every 1 parity element.

While not all of these features are unique to the P400m, or SSDs from other vendors, the combination of these features is really impressive. Technologies like ARM/OR can only be realized by companies with extremely tight integration between the firmware and the NAND. 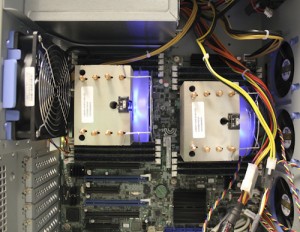 In testing the Micron P400m, along with all enterprise drives, we focus on long term stability. In doing so, we stress products not only to their maximum rates, but also with workloads suited to enterprise environments.

We use many off-the-shelf tests to determine performance, but we also have specialized tests to explore specific behaviors we encounter. With enterprise drives, you will see that we do not focus on many consumer level use-cases.

Our hope is that we present tangible results that provide relevant information to the buying public. 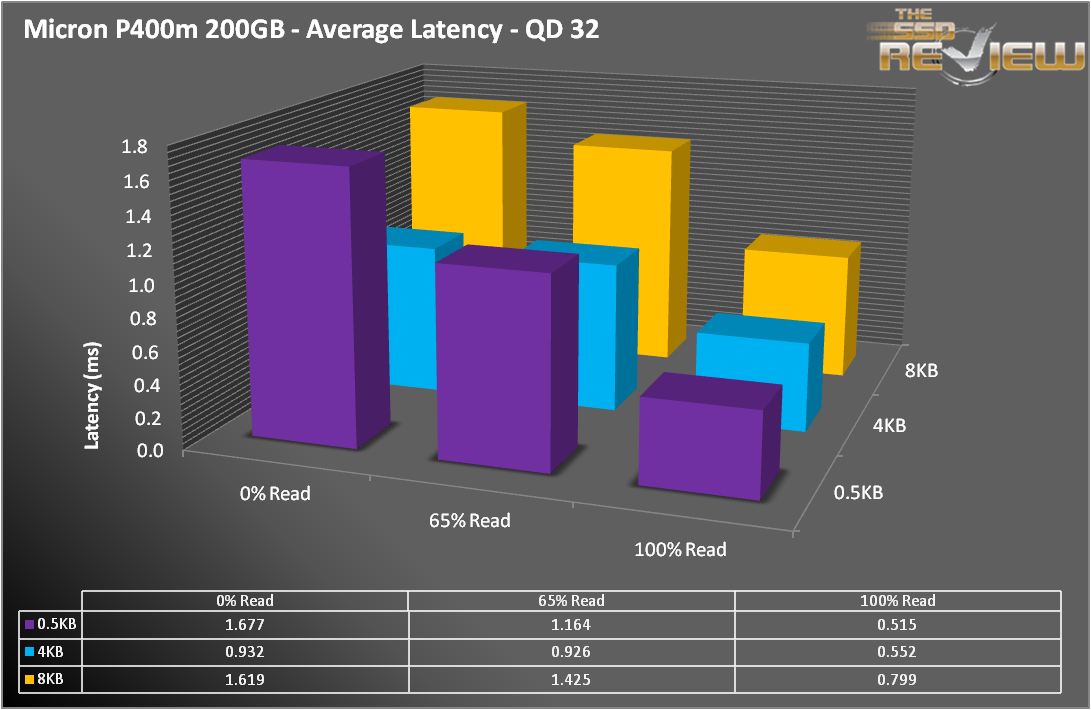 Micron specifies typical read and write latency for 4KB transfer sizes, with a queue depth of 32. With that workload, Micron specifies 0.51ms for read operations and 2ms for write operations. As you can see from the graph above, our review unit came in very close on read latency, just slightly higher. The average write latency, on the other hand, was well below the specification.

As you transition from 100% reads to 100% writes, the average latency scales nicely. This is not always the case for SSDs. Many times, the mix of read and write operations cause the average latency to be much higher than either extremes. The results of this specific test show that the P400m can handle mixed workloads very well and without any major hiccups. 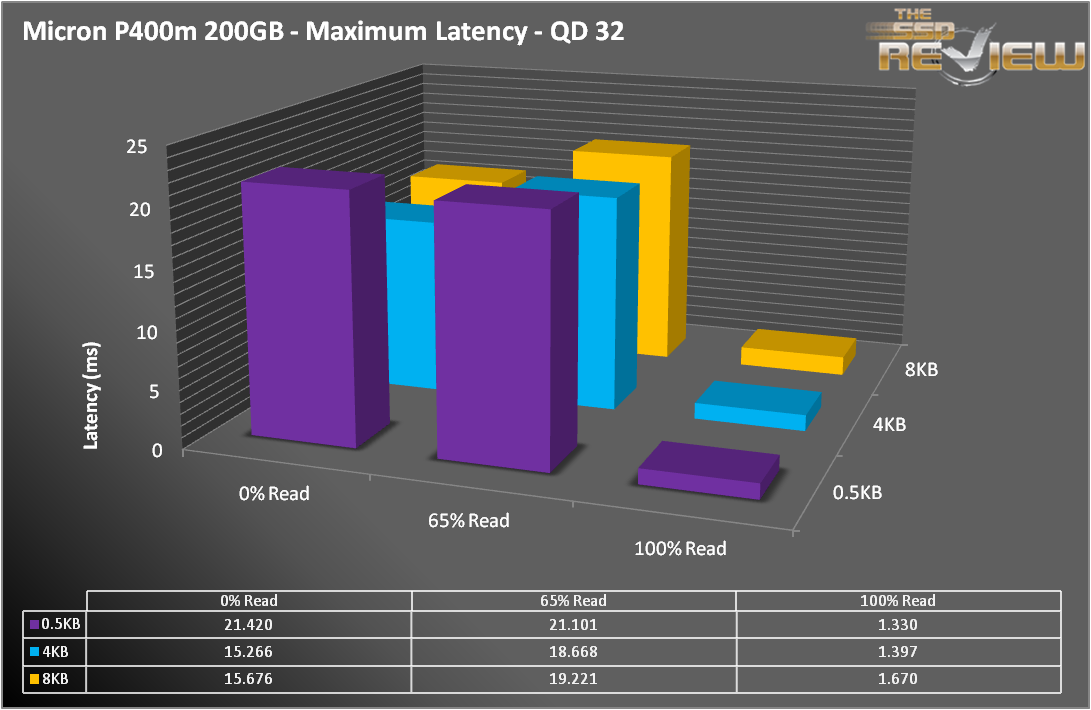 In order to really determine what is going on, we need to dig into the details.