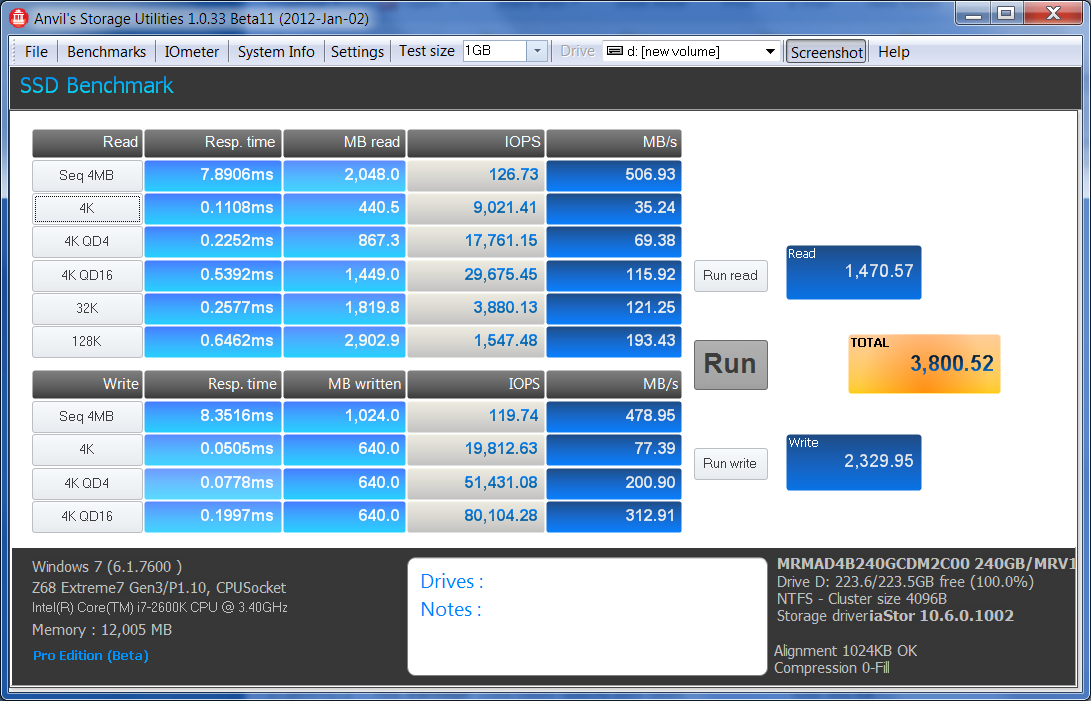 Something we definitely never expected from Anvil testing was IOPS results of 80,000 which are untouchable on an mSATA SSD.  Not only did the excellent transfer speeds and very quick disk access speeds help things along but the Total Score of 3800 even surpassed the Samsung PM830 256GB mSATA SSD we reviewed by close to 1200 points.

The Memoright MS-701 pulled through with a high of 65561 points which placed it above the Runcore T50 SSD (same SF-2281 processor) and just below the Micron C400 we recently reviewed. The high transfer speed was an incredible 408MB/s while testing in Windows Media Center.

The following chart displays the hierarchy of mSATA SSDs we have tested to date.  The order is determined only by PCMark Vantage Total Point Score results.