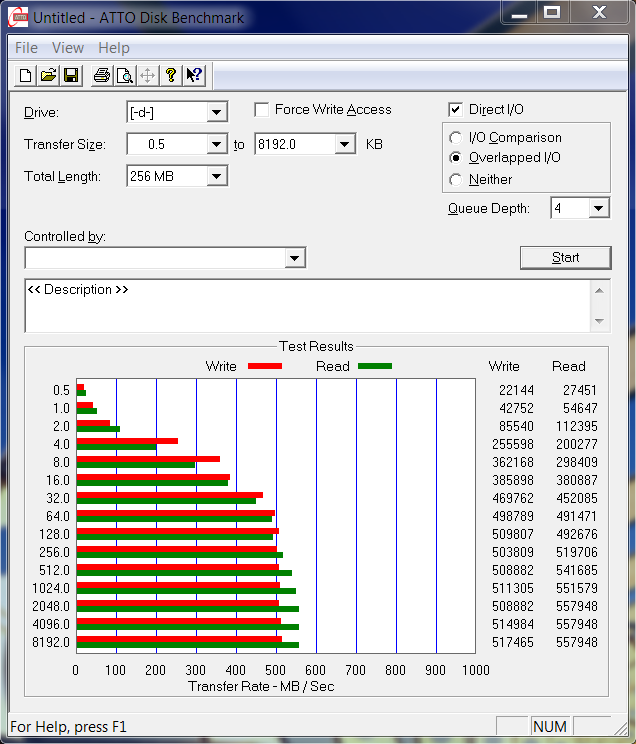 ATTO results of 557MB/s read and 517MB/s write are above listed specifications and the best we have seen in this test from any mSATA SSD to date.

As much as we like other utilities, AS SSD was the first benchmark released specific to SSD performance and is still the bread and butter of testing SSDs.  Many enthusiasts prefer this software as it encompasses the worst case scenario in disk transfer speeds by utilizing incompressible data.

AS SSD confirms what we have seen in Crystal DiskMark while testing with incompressible data samples and adds some pretty decent disk access times along with that.  Even the AS SSD Copy Benchmark results below displayed some excellent transfer speeds and times.

For those not familiar with AS SSD Copy Benchmark, it simply created three files (ISO, Program and Game) and moves each from one part of the mSATA SSD to another.  The results consist of the time it takes to transfer each file as well as the high transfer speed reached.