This SSD is rather unique as it is one of the first SATA 3 SSDs to be released at the 256GB capacity range and, although laptops and ultrabooks that can utilize it are still limited to just a few, the call for such by the consumer is definitely present.  Unfortunately, the Pm830 SATA 3 256GB mSATA SSD is only available through system purchase and not by retail sales.

I have to concede right from the start that I was hoping this review would see me testing the new PM830 within the soon to be released ‘Rev B’ Samsung Series 9 laptop as I would like to know if this revision is fully functional at SATA 3 speeds.  We are well aware that the Series 9 will be available in this capacity, and with this exact SSD, however, nobody can answer the question whether the Series 9 will function at full SATA 3 power.

If there was a minor disappointment observed in the first round of ultrabook releases, it had to be that all were based on the Sandy Bridge platform and capable of supporting SATA 3, however, only one followed through with full SATA 3 power.  Congrats has to go to Asus for releasing their Sandy Bridge Zenbook at its full potential.

I even thought I lucked out after throwing a Runcore T50 SATA 3 120GB mSATA SSD into my Toshiba Z830 ultrabook and achieving SATA 3 performance during the test phase of that ultrabook, but was soon to be disappointed in trying to repeat that performance with this SATA 3 SSD.  Both Toshiba and Runcore have contacted me asking how we did that as it seems nobody can provide reasoning but the proof lies right there in the tests.  It was later suggested that I might thank the ‘ghost in the machine’ for such luck.

So, after months of hounding my friends at Samsung, they overnighted me the PM830 6Gb/s SSD only to have it held up at the airport an hour and a half away with freezing rain slowing travel to a halt.  It seems I had promised to have this review out before our flight to CEBit in Germany  in a day and a half and, well, I hate breaking promises.  Kudos have to go to my son who happily opened up his wallet for my generous donation and made the trip with a smile on his face.  And here we are… 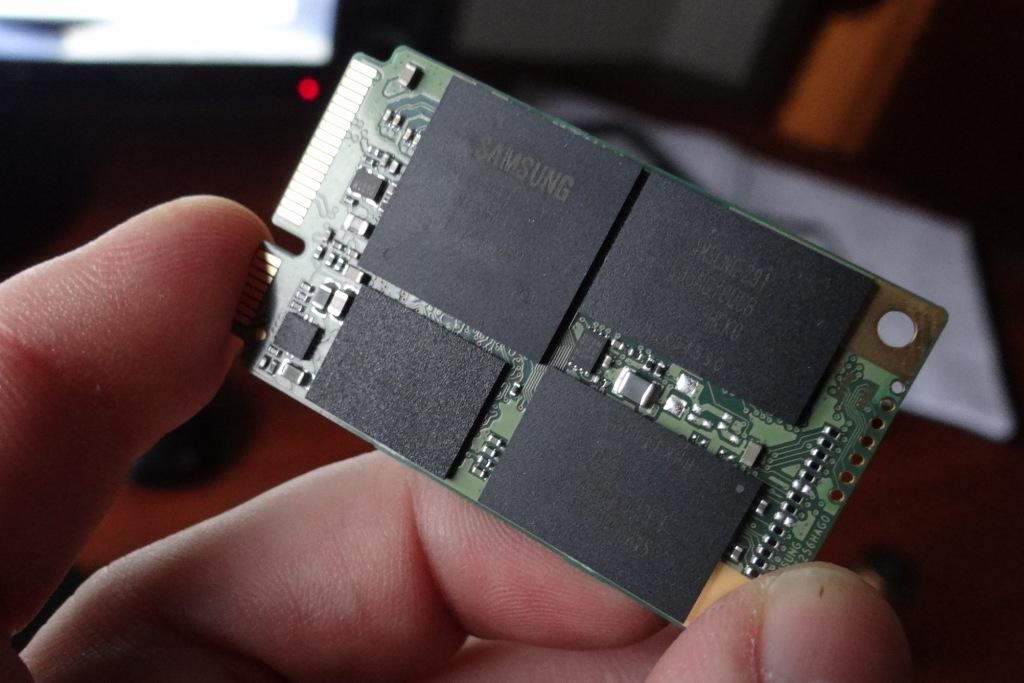 With this introduction, the Samsung PM830 SATA 3 256GB mSATA SSD presently earns the Crown as the most powerful and highest performing mSATA SSD to be introduced to the SSD marketplace and is available in capacities of 32, 64, 128 and 256GB.  Performance is variable depending on the size with our 256GB version rated at 500MB/s read and 260MB/s write with a high of 50,000 IOPS read and 29,ooo IOPS write.  As capacity decreases, so does write performance with the 128GB dropping down to 255MB/s, 64GB at 170MB/s and 32GB at 90MB/s.  What is truly special about this SSD though has to be its size.