The SSD presents itself to the Operating System as 2 separate 200 GB volumes. There are a few choices for different software files systems and RAID implementations. If using Windows Server drive management, which we do for testing, there are two possible configurations that would be commonly used;

FOB (Fresh Out of Box) measurements are taken when the SSD is new and hasnt been subjected to any use. As the device is used more we will see some lower results with write activity. Read speeds largely remain unchanged, so we can use these numbers as a comparison for the overall performance of the SSD.

The 4k random access time is very close for both configurations, with good low QD performance of .147. 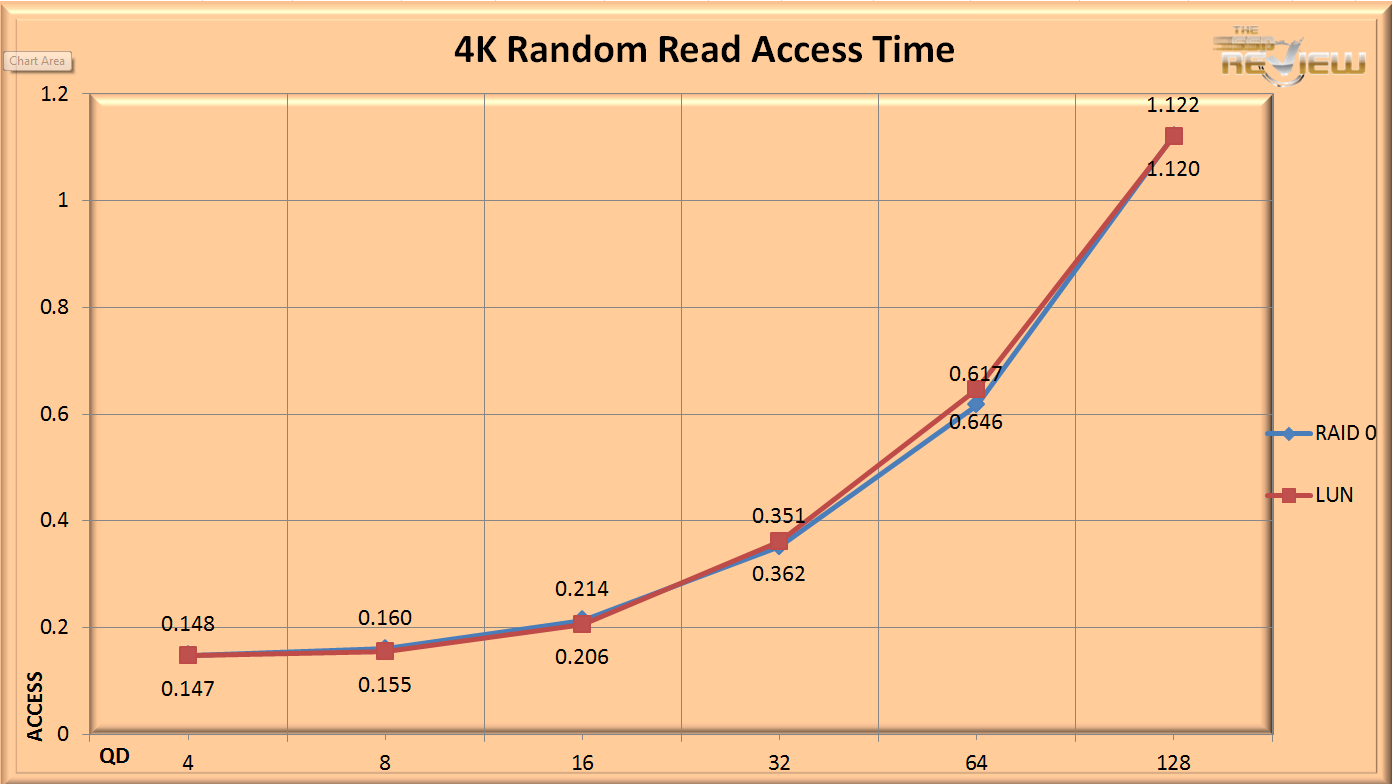 The 4k Random Read results also come in every close together with both configurations topping out at 114,000 IOPS at QD128. This is indicative that there is not as much overhead for the RAID calculations with two device as with four. There is much more variability between the RAID results with the four drive 800GB configuration that with the 2 drive 400GB configuration. 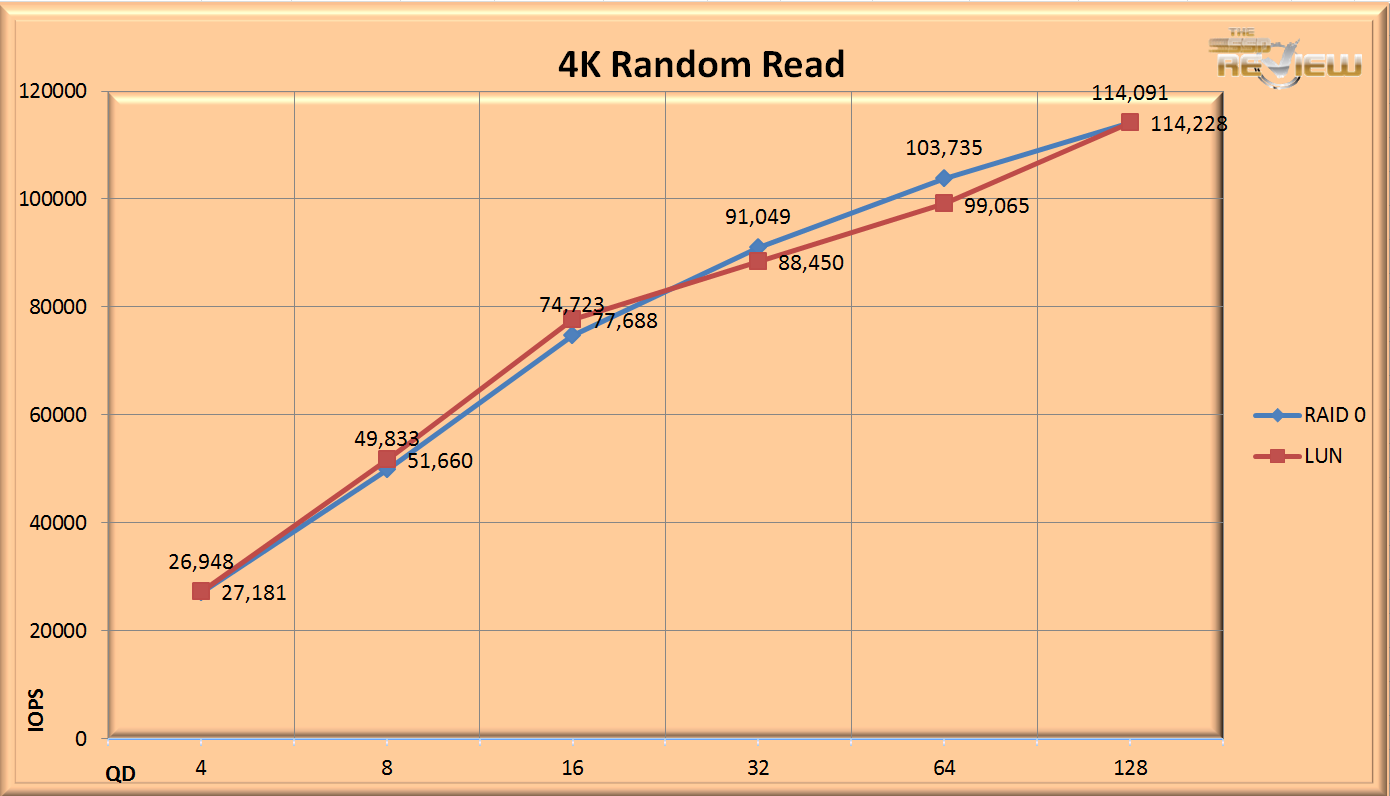 We do begin to see some difference in the results with the 128K sequential read testing. The 2 LUN configuration comes in with a maximum speed of 977 MB/s, and the RAID 0 is quite a bit lower with 872MB/s. 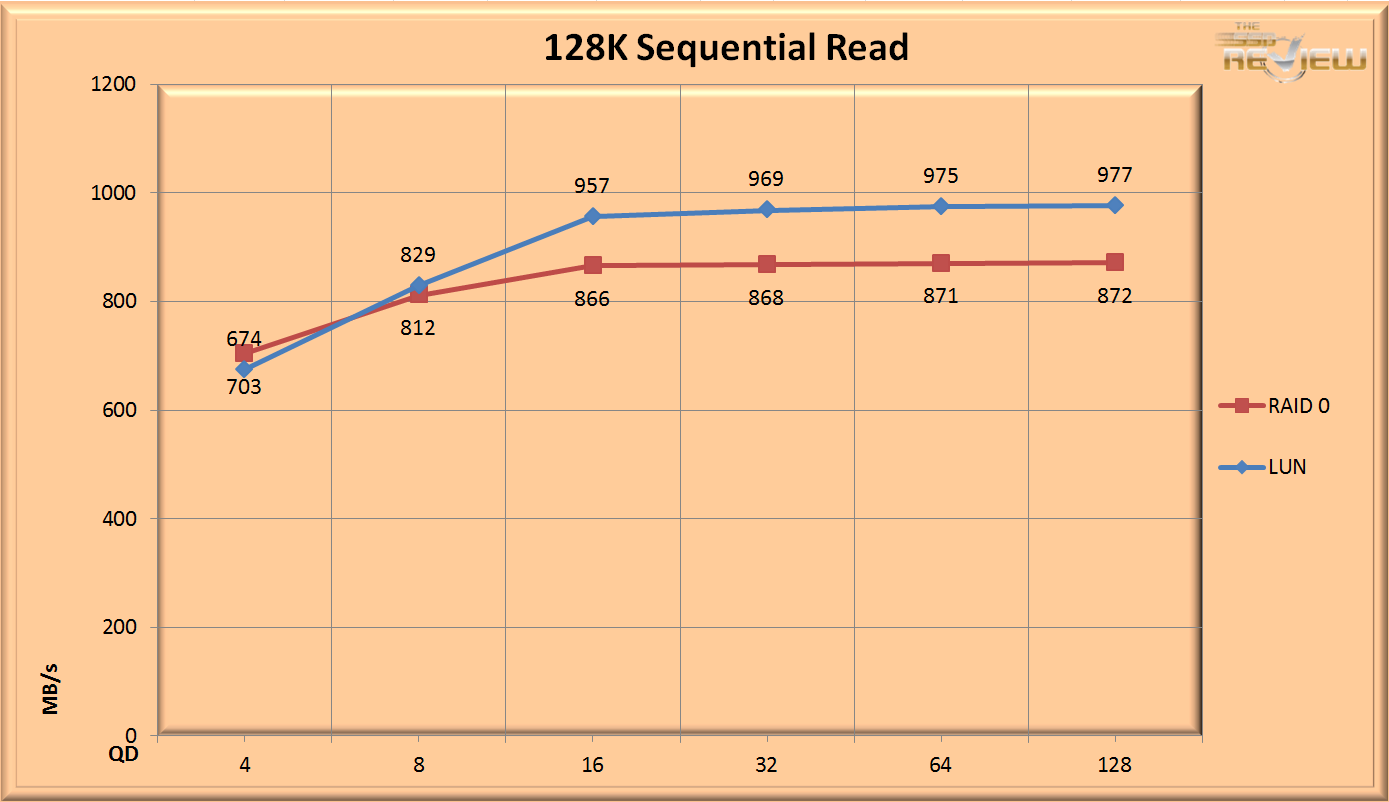 We begin delving into the difference between Steady State (SS), and 20% over provisioned (OP) execution for this battery of tests.  The Steady State testing is conducted at 100% fill capacity, and utilizes full span writes. This is truly the torture test and gives an accurate picture of the SSD under the most demanding circumstances. Being a worst-case scenario, Steady State should be received as such.

The 20% OP testing consists of 20% of the drive being left unformatted. The formatted region is filled to capacity, and written to full span. This provides results consistent with an optional performance boost for users.

The 400GB variant performs with much less variability, especially in the RAID results. The overprovisioned RAID 0 tops out at QD32 with 42,322 IOPS, and the LUN SS results top out with 47,762 IOPS at a QD of 32 as well. 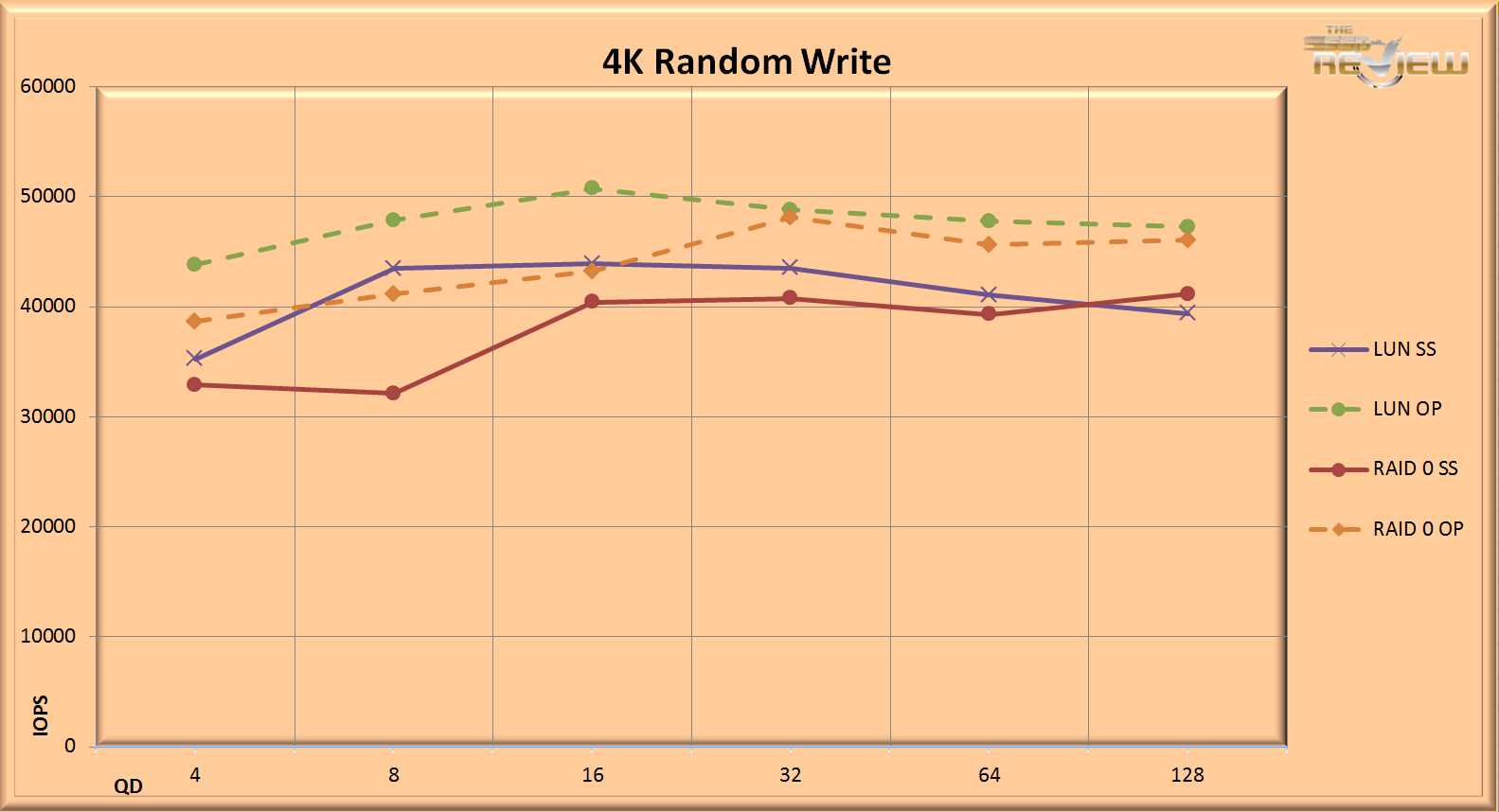 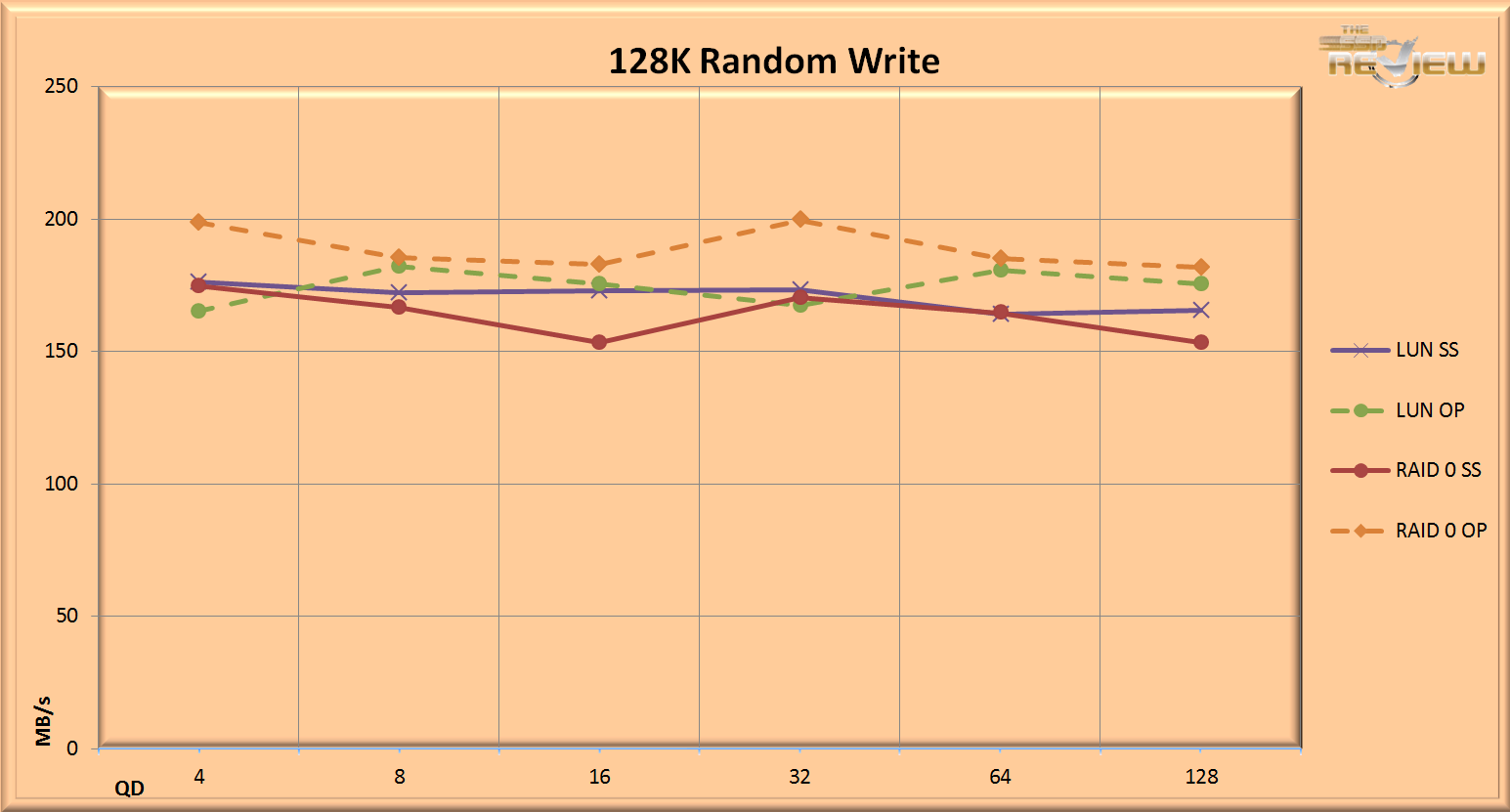