As a single drive, the MX300 does well in PCMark Vantage. It reached an overall score of 86K points. When tested in a RAID 0 config, however, performance only improved very slightly to 92K points. Looking to figure out how to improve our score we decided to see just how much the stripe size made a difference. We changed it from 64K to 8K and there was quite a notable improvement. As you can see the score jumped from 92K to 113K points. Thus we can conclude that the best option for standard users is to utilize a smaller stripe size 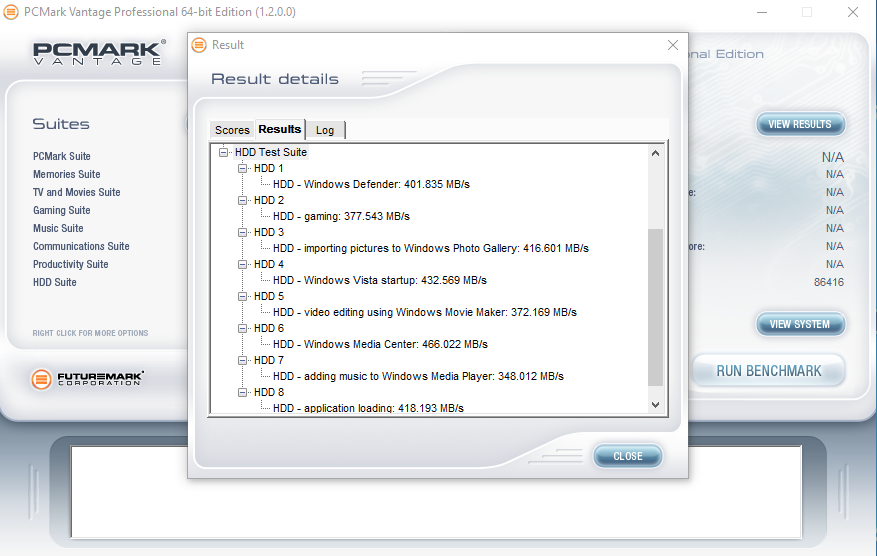 In PCMark 8’s consistency test the 1050GB MX300 showed very similar results to that of the 750GB model. Indicated by the results, the MX300 SSDs are not meant for heavy workload environments, but instead typical client/desktop usage. Over the degrade and steady state workload phases it was one of the worse performing SSDs, however, during the recovery phases, performance was much more acceptable. It averaged 0.94ms latency and had an average bandwidth of 175MB/s. While this is an improvement over the 1TB MX200 it succeeds, compared to other SSDs, these results are not all that impressive. Moving onto the RAID 0 results, they are much better. Average latency during the steady state phases was drastically reduced and performed best in the recovery section beating out all the other options. Interestingly and unlike our other results, the bandwidth performance didn’t quite double here. Overall though, we can see a notable improvement moving to a RAID 0 from a single SSD setup in this test. Let’s move on to our real world file transfer and power testing results on the next page to see how well it does there.