Finally, we wanted to see how performance was in a real world use when transferring large files to the SSDs. For this test we are going to simply stress write performance by transferring over a 30GB folder of movies off of one SSD to this one and time how long it takes. Next we are going to take the same files and copy them from the drive to itself for a mixed read/write workload. Once complete we can calculate the average speed for each. 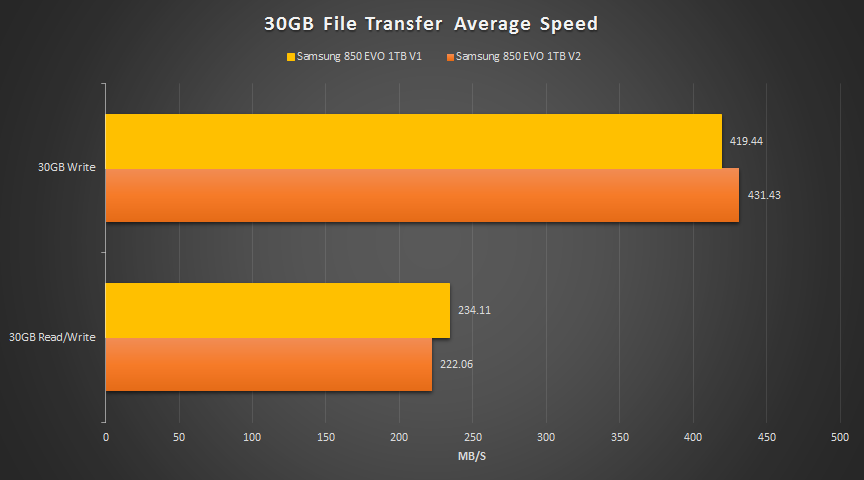 For our power consumption testing, we have the drive connected to the system as a secondary drive. To record the wattage, we are now utilizing a Quarch Technology Programmable Power Module. It allows us to accurately measure power consumption over time and is flexible enough to allow us to test any SSD that comes our way. 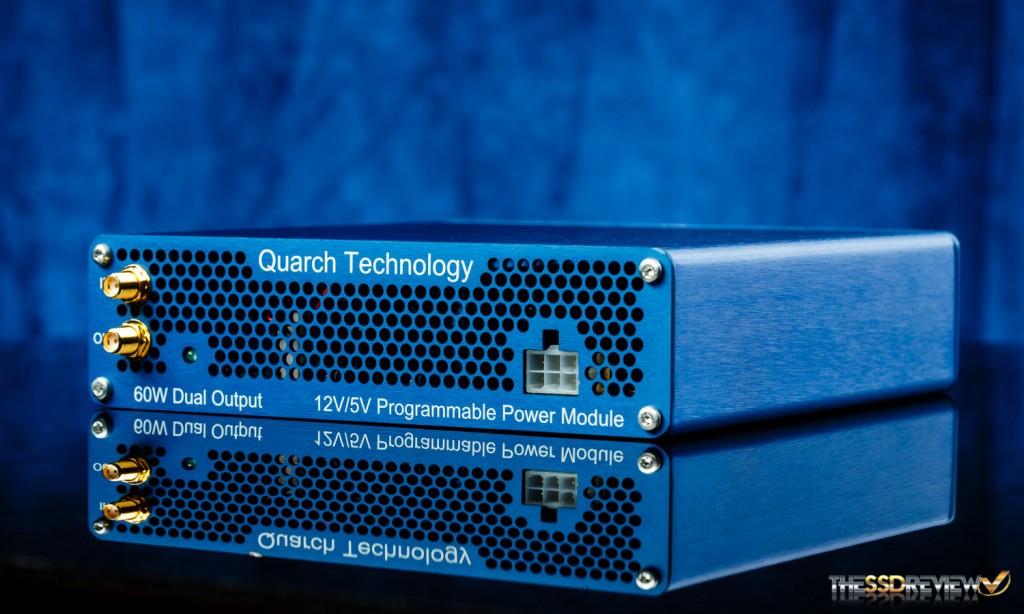 Our power analysis may change as time goes on, but for now we are looking at just a few metrics with the main goal of measuring our results against the manufacturer’s ratings. One, idle power consumption. Because most consumer systems are at idle for about 80% of the time, idle power consumption is an important measure to look at when understanding the efficiency of a drive. Next we look at startup consumption. This tells you how much power the device needs during startup and while it is usually more important when looking at HDDs and enterprise class storage, it is still something worth quantifying. After that we did averaged out the active power consumption from the 30GB file transfers. Finally, we went through our power logs during testing and listed the maximum power draw. 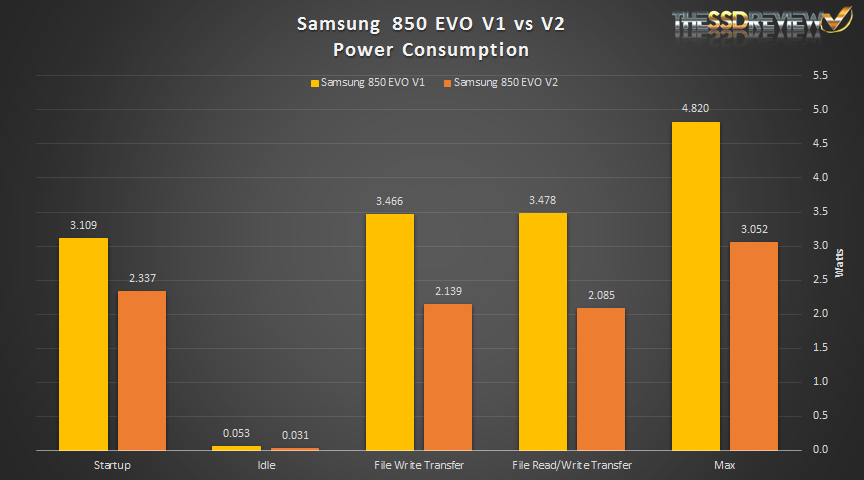 Overall, today’s results were not too surprising. Samsung did state that the performance would be equal to if not better with the latest switch to this 48-layer NAND. Across all our tests we saw similar sequential speeds and slightly improved small file size and random performance. In PCMark we saw very close results once again and in PCMark 8 the average bandwidth was even improved upon over the original with higher average throughput and lower latency. Moving onto the real world file transfer and copy tests we saw mixed results. After writing our 30GB test file to the drives the result was that the latest 850 EVO was faster by 12MB/s, however, when copying the files to itself it was slower by 12MB/s. Finally, when we took a look at power consumption it was clear as day as to how much this newer third generation V-NAND and PCB design has allowed for greater efficiency. In all metrics the new Samsung 850 EVO consumed significantly less power, approximately 30% less than that of the original. 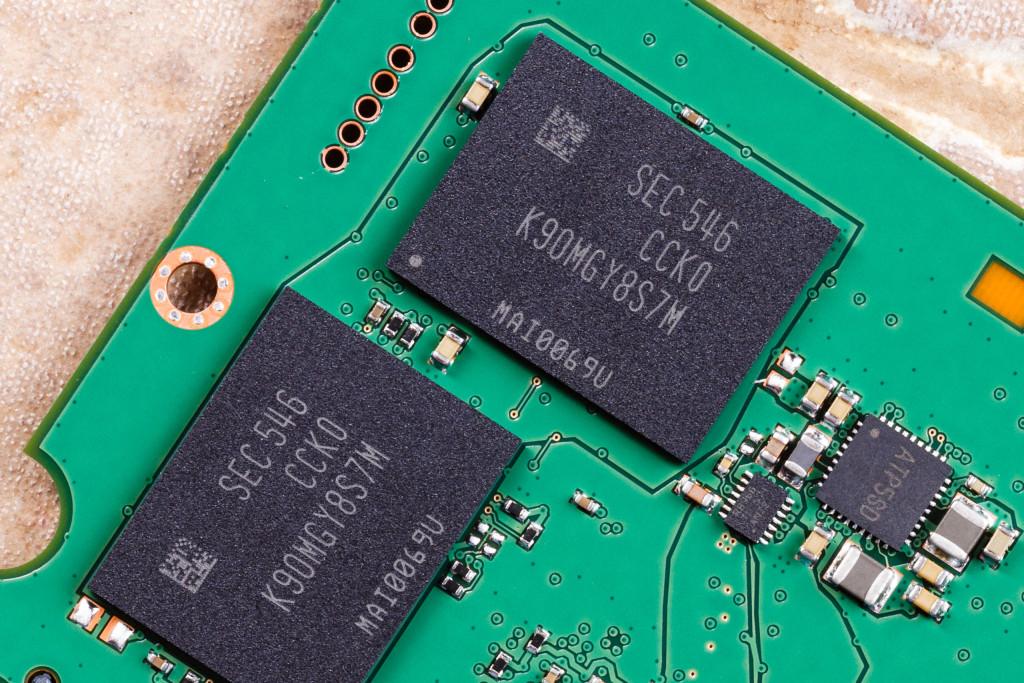 Unlike companies have done in the past, Samsung is very forthcoming when it comes to updating the NAND flash within their 850 EVO line up.  Back at Samsung’s SSD Global Summit they have even “promised that they will only implement this change in a way that increases the performance and decreases the power consumption of these products.” We are happy to report that for the most part this statement holds true. Overall, performance has improved and power consumption went down with this transition to the newest 48-layer TLC V-NAND. So, if you are in the market for a Samsung 850 EVO there is no need to worry about whether you get the original with 32L TLC V-NAND nor not, though it would be our preference to get a hold of the latest version if possible. Now all that is left is to see how the rest of their SSD line up will be affected if/when they are updated to 48-layer V-NAND as well.