The Samsung 850 EVO delivers some very good performance in PCMark Vantage reaching an overall score of 91847 points. Although, while this is very good, it is slightly lower than that of the original, which achieved 93270 points. Scanning through the results details we can trace the majority of the loss was during the “importing pictures” and “windows media center” benchmarks. 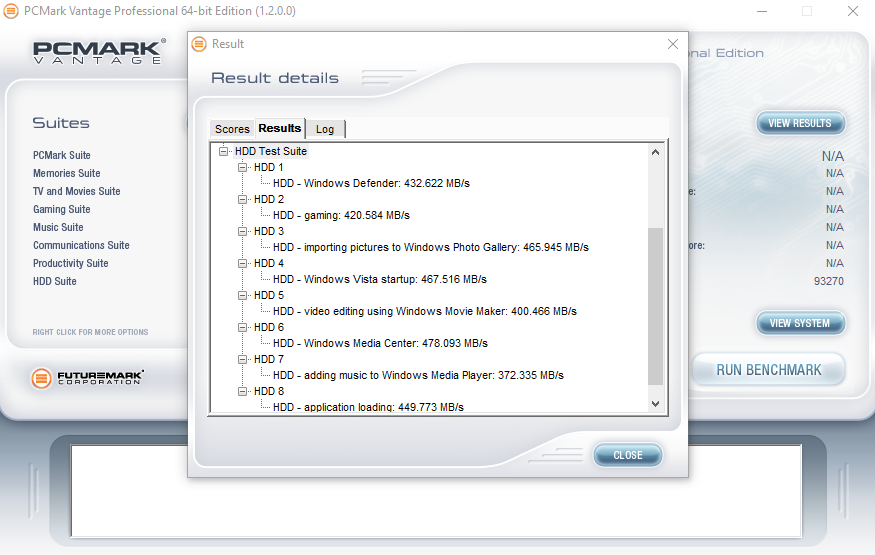 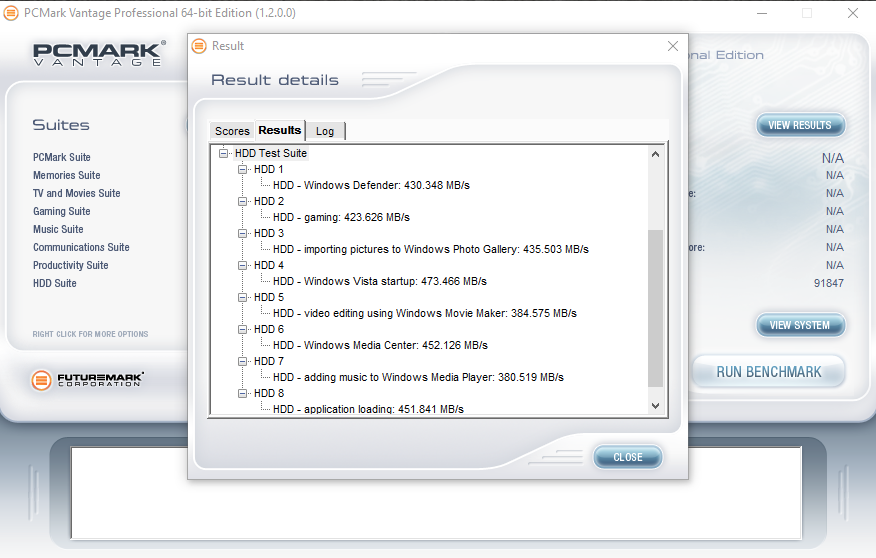 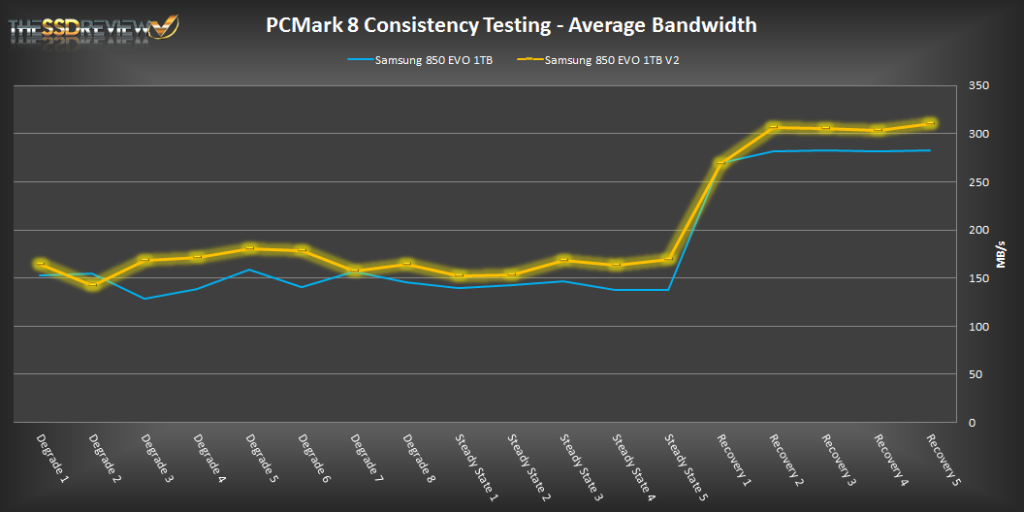 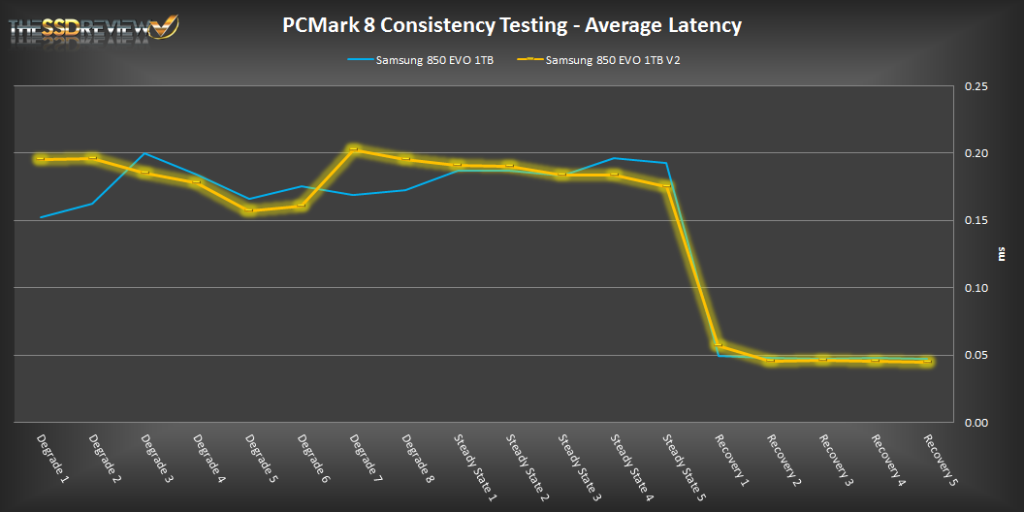 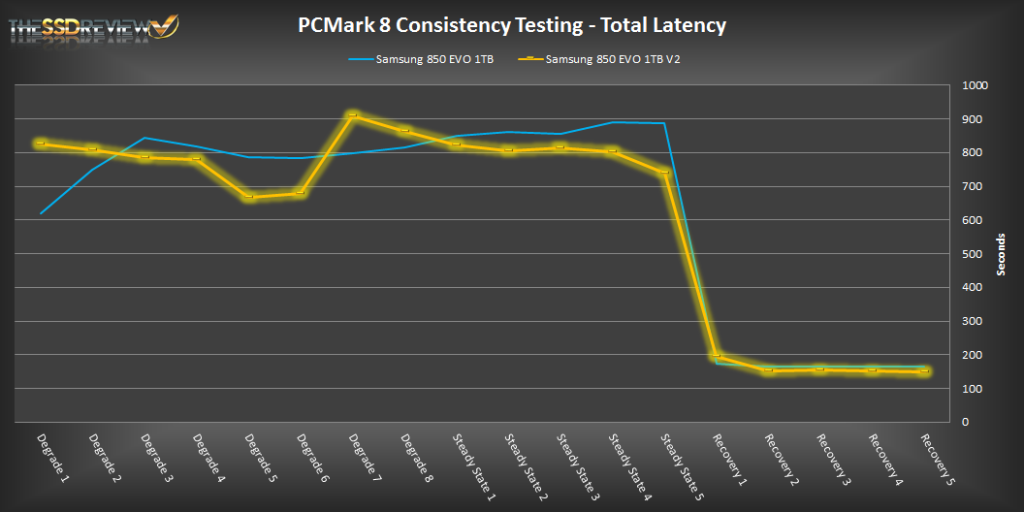 Now looking at our results we see nothing really surprising. During the heavy workload portion of the test performance seems to be a bIt more inconsistent over that of the original, but during the light workload portion (or recovery phases) consistency is very good. Performance shows to be slightly improved in this section as well with a bit lower latency and about a 15-20MB/s average bandwidth increase.