Keep in mind the assembled test system is what the Prodigy will be used for the most: an HTPC/home server. As such, the benchmarks yield results for a very low TDP, low noise, moderate-high performance build: 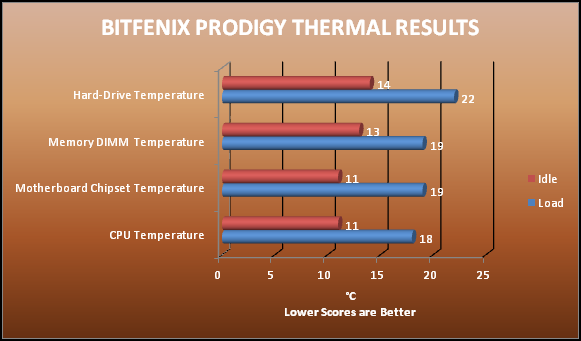 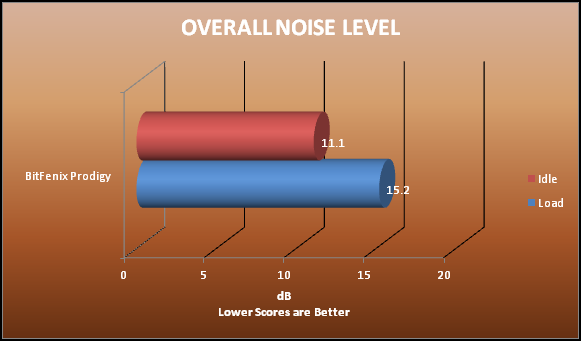 As expected, the Prodigy keeps the system quite cool. For a complete high-end/gaming system, expect the results to be higher, especially when considering discrete graphics cards and overclocking.

In order to hear anything, you literally have to put your ear up against the Prodigy. The system operates extremely quietly, as if it is not even running, and the only way to tell is via the exceptionally bright LED indication lights.

After reviewing the Shinobi XL and seeing just a bigger variant of the smash-hit Shinobi, I was fully expecting the Prodigy to be literally that; a Prodigy. After dissecting the entire chassis, without a doubt I can say it certainly is. For the massive anticipation that accompanied the Prodigy, a chassis that just suddenly appeared from nowhere, and did not even have a name until a few months after, it has more than lived up to the hype. BitFenix now has two unique, popular, and innovative cases, and are quickly becoming the go-to brand name for chassis needs, an astounding feat for such a new company.

The direct competitor to the Prodigy at this point is the SilverStone FT03, which focuses on a vertical build, rather than the horizontal of the Prodigy. The big difference? Price. The Prodigy goes for roughly $70 (compared to the $160 of the FT03). That is less than half the price!

Aesthetically aside, the Prodigy is built with a lot of love, and with a ton of foresight and thought. It can literally be modified in any desired way, with a plethora of options and vast amounts of space throughout. Aside from needing a m-ITX motherboard, it can house components native to full ATX builds while still retaining a mini form-factor, although this means that it is not the smallest m-ITX case in the market.

With more and more people centralizing storage, the Prodigy is the perfect model for a home server/HTPC chassis, while still being a completely viable option for an extreme, high-performance gaming rig. It is great to look at, has a mind-blowing number of options, and takes into account everything better than cases three times bigger and double the price. It is a unique , fully-featured chassis, and simply put, it is nothing short of genius. 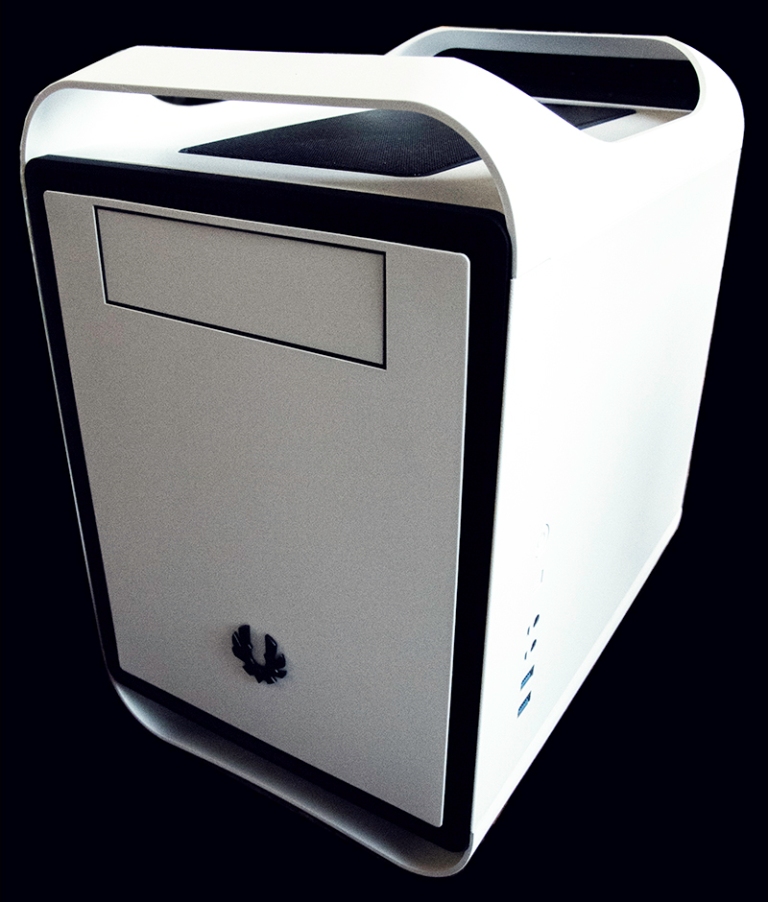 Of course, that is not to say there are a few wants from my end. I would have liked to see a few more accessories, such as extra screws and rubber feet in case the user wanted to remove the FyberFlex handles and opt for a more stable base. Having the side-panel ports and inputs on the top or front, and extra drive pouches would have been great as well. All in all however, there is really nothing to complain about considering the value you are getting with the Prodigy.

With everything said and done, I more than recommend the BitFenix Prodigy. I am absolutely blown away by it, and congratulate BitFenix for designing such a phenomenal chassis. If you are contemplating a new build, or want to move to something smaller with minimal hassle, look no further. Affordable, unique, and extremely stylish, BitFenixs Prodigy not only lives up to its name, but also more than delivers on its hype.