The grill at the top resembles that found on the Shinobi, but it can be removed more easily. A simple nudge to the left will lock it, and unlock it when pushed to the right. This allows for an easier installation, as well as room for air to pass through the top. In case of a problem, or simple check-up of components, it beats having to open the entire chassis. 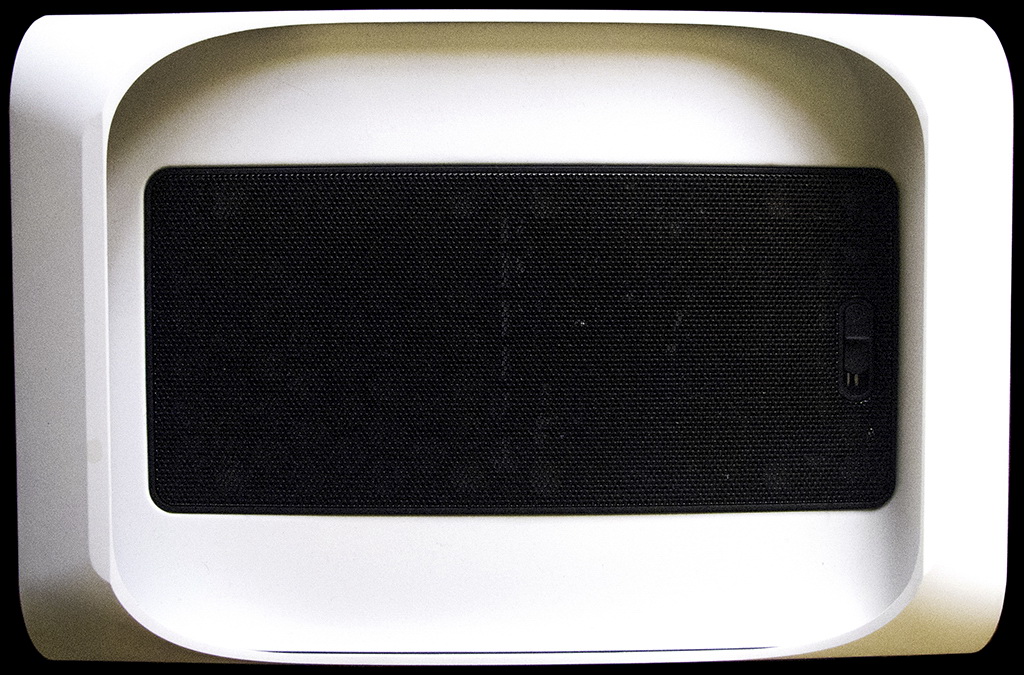 As the cutouts suggest, two 120mm fans can be placed on the top. Removing the 5.25 drive bay, a 240mm radiator can also be installed, which is a cooling option rarely (if ever) seen from mini-ITX cases prior to the Prodigy: 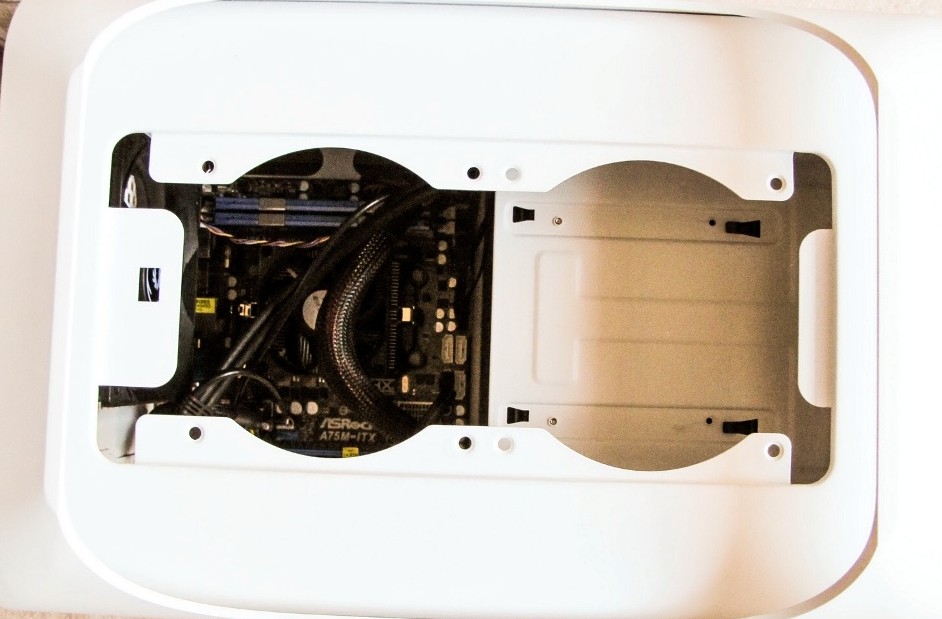 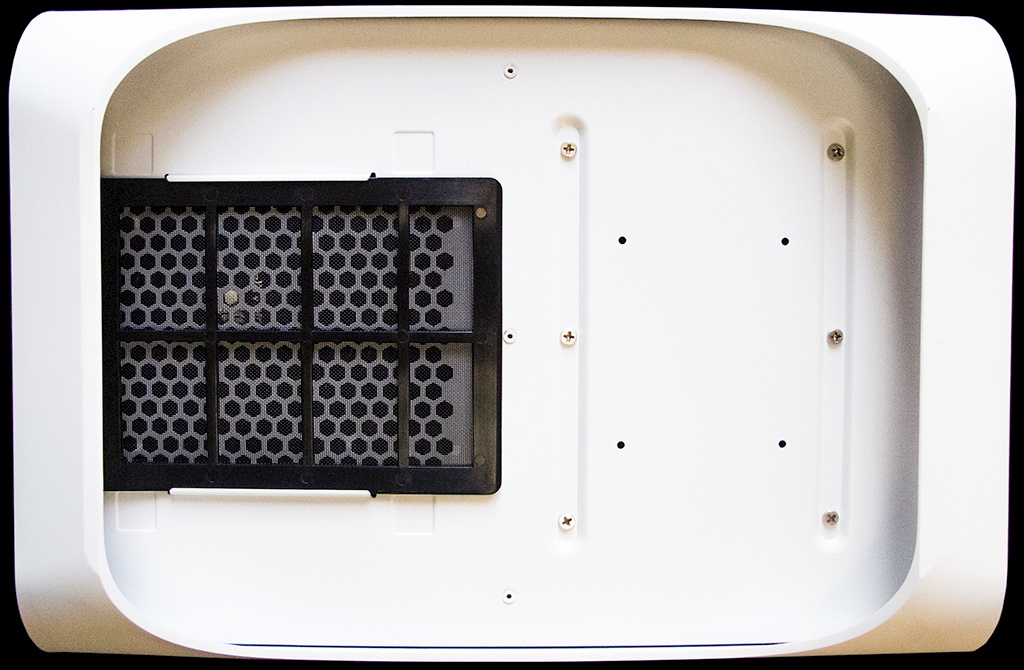 The bottom is a little less exciting. A simple and easy to remove dust filter marks its presence…however, this is the first time I have seen the dust filter design used properly. Instead of using rubber feet, the Prodigy has the same FyberFlex handles on the bottom which actually provide the substantial amount of clearance required for ventilating the power supply and cleaning the filter.

Pretty much every chassis on the market has the botton dust filter as a standard, but always skimp on providing enough space between it and the ground the case rests on.

Finally moving on to the sides, on one we have the power and reset buttons, microphone and audio in jacks, power and hard drive LEDs beside them (very bright), and two USB 3.0 ports: 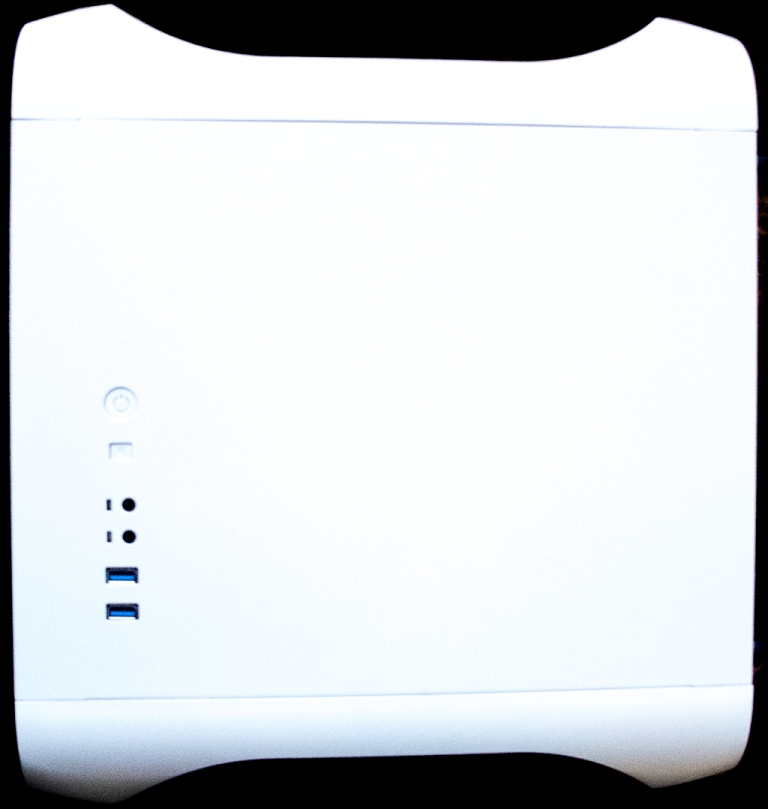 The other side has a large grill meant solely for moving air. For a case this size, it has an excellent push-pull system, and the placement for these ventilation holes is perfect since this is exactly where the GPU will be placed inside the case: 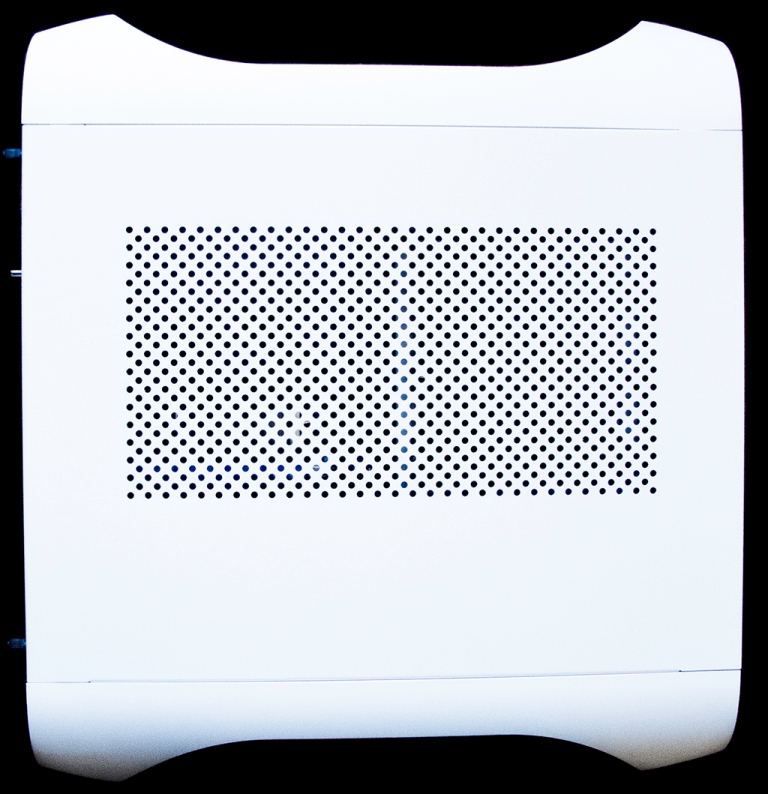 Since a chassis like the Prodigy is primarily going to be used for an HTPC/media server setup, the chances of one using a high-powered GPU is very unlikely, as an onboard GPU is more preferred for a low-power, low-heat build.

In turn however, I do have a bit of a gripe here. Those who are looking to build a monster machine in a case like this, which is more than capable of it, will find that orientating the Prodigy in an optimal position is rather difficult. You have ventilation on literally every side of the Prodigy, and if you want to put in against a wall for example, you either have to sacrifice the ventilation grill, or the ports and buttons on the other side.