As the Angelbird SSD2Go External SSD is fully compatible with both PC and Mac systems, we are going to benchmark in both environments.  In Windows 8, our benchmark programs will consist of ATTO Disk Benchmark Crystal DiskMark, AS SSD, Anvil Storage Utilities as well as PCMark Vantage.  Most of these benchmarks are free for download and appropriate links can be found by clicking on the name of each: 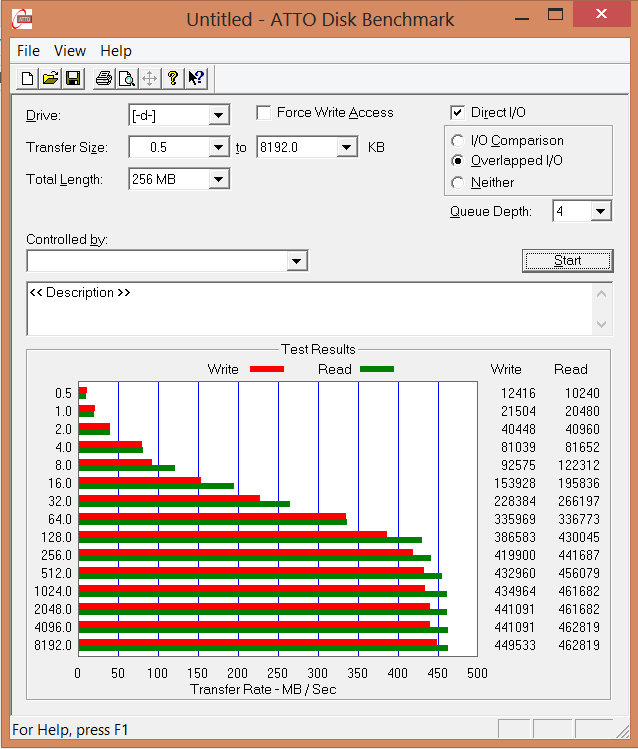 Specifications for the SSD2Go are listed at 460MB/s read and write and initial ATTO testing confirms that this device is capable of these blazing USB 3.0 speeds. 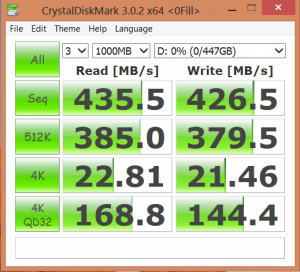 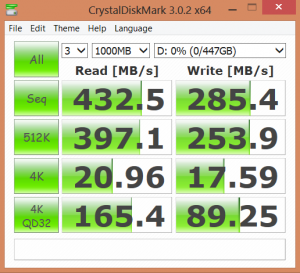 Up until recently, AS SSD was the only benchmark created specifically for SSD testing and it uses incompressible data. AS SSD, for the most part, gives us the ‘worst case scenario’ in SSD transfer speeds because of its use of incompressible data and many enthusiasts like to AS SSD for their needs. Transfer speeds are displayed on the left with IOPS results on the right. 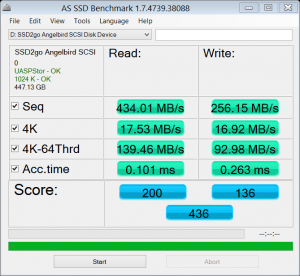 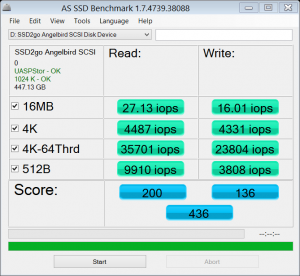 With AS SSD, we get our first look at IOPS performance and can see that they are significantly below the listed 85,000.  Having tested the SSD alone, we can confirm that this is not the result of the SSD itself, but rather the USB 3.0 connection creating a small bottleneck with IOPS throughput.