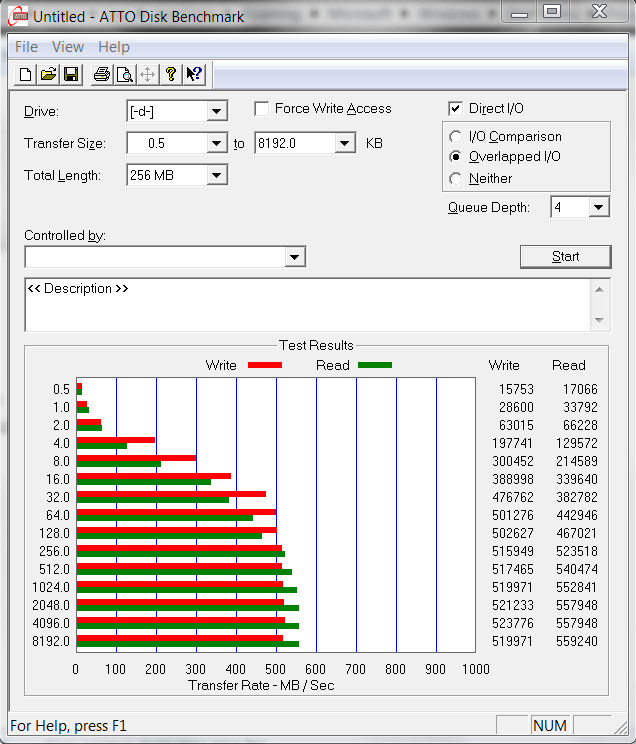 The specifications of the FTM Plus detail performance at  550MB/s read and 500MB/s write and our results bettered that with highs of 559MB/s and 523MB/s which is a great start! 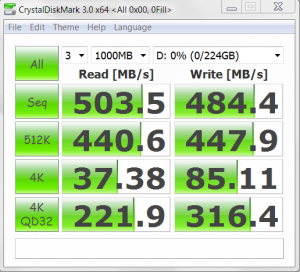 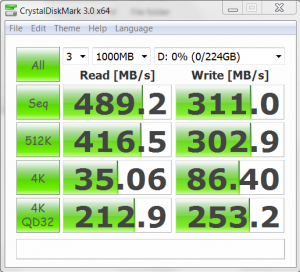 We can see that the  4k random write performance sits at 85-86MB/s which is a great result along with a decent sequential write score of 311MB/s for incompressible data on the right.

Having performance results in the area of 300MB/s for sequential disk access tests of incompressible data is an excellent indicator that the SSD utilizes premium synchronous NAND flash memory.  Asynchronous memory would have shown results much lower.

You may not see this for long (and its definitely not common) but you get a freebee simply for reading!  Over the last little while, we have been assisting with beta testing new benchmark software called Anvil Storage Utilities which is an absolutely amazing SSD benchmarking utility.  Not only does it have a preset SSD benchmark, but also, it has included such things as endurance testing and threaded I/O read, write and mixed tests, all of which are very simple to understand and utilize in our benchmark testing.  Recently, we published the exclusive public release here and, if you happen to check it out, there is a FREE download of the software!  Lets see how the Memoright FTM Plus SATA 3 240GB SSD fares on Anvil Pro: 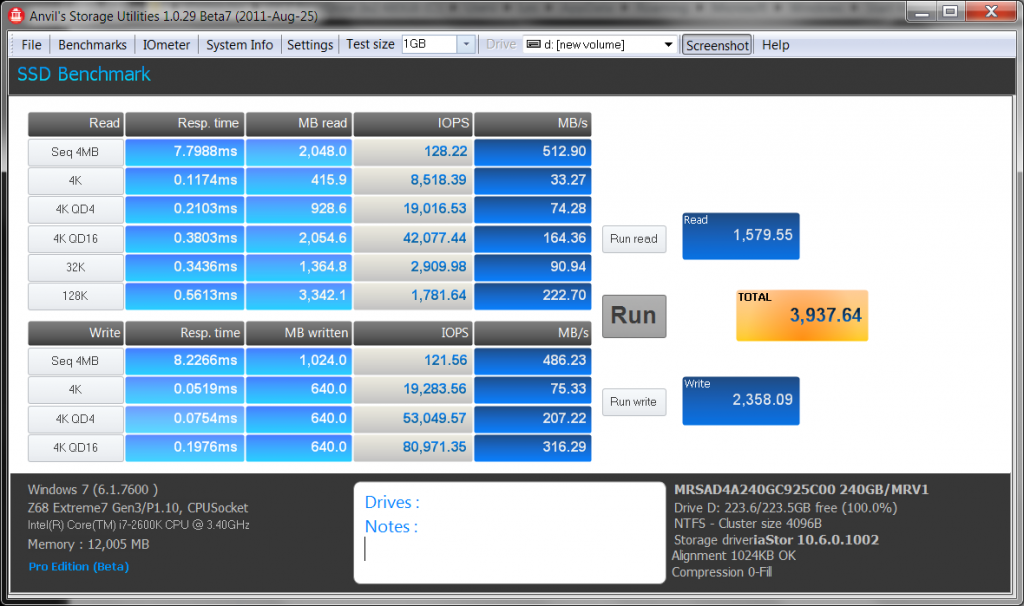 Anvil Storage Utilities is a valuable tool in performance testing because EVERYTHING is tested and all results are available in a single screen.  Not only are we provided with system and disk information, but also, all tests detail the response time and MB read as well as results in for both IOPS and transfer speed (MB/s). The 4k-QD16 IOPS result of 80,971 IOPS stands out in this shot and easily justifies an upgrade in Memorights listed specifications for the FTM Plus.