Back when we reviewed the 950 Pro the NVMe interface was still fairly new with only the Intel 750 and some OEM Samsung drives being the competition. Now, however, NVMe is starting to mature and multiple manufacturers have controllers that support the technology and more products are coming to market. Of course, Samsung always strives to be ahead of the game and competition. It is without a doubt that the Samsung 960 Pro will be one of the best SSDs, if not the best, in the market until they release its successor. With all the innovative engineering that went into the design of the 960 Pro, from the size constraints to the performance specification goals, we would be surprised if it isn’t. That said, Samsung’s engineers had a lot to work on to make this drive come to life. Utilizing a 4-landing PCB design with DRAM on the controller and advanced hexadecimal die packages of 48-layer V-NAND, it is the most advanced SSD we have tested to date…and the fastest, highest endurance SSD as well.

The 960 Pro is rated for 3.5GB/s read speeds and 2.1GB/s write speeds. In our testing it was able to achieve these numbers with ease in ATTO and Crystal Disk Mark. In terms of 4K performance, it also prevailed as the fastest SSD there is. It reached over 63MB/s read and nearly 300MB/s write in Crystal Disk Mark at QD1 and was just shy of the 440K/330K read/write IOPS rating in AS SSD under its high QD workload portion. In terms of random write IOPS it even reached 350K in Anvil. 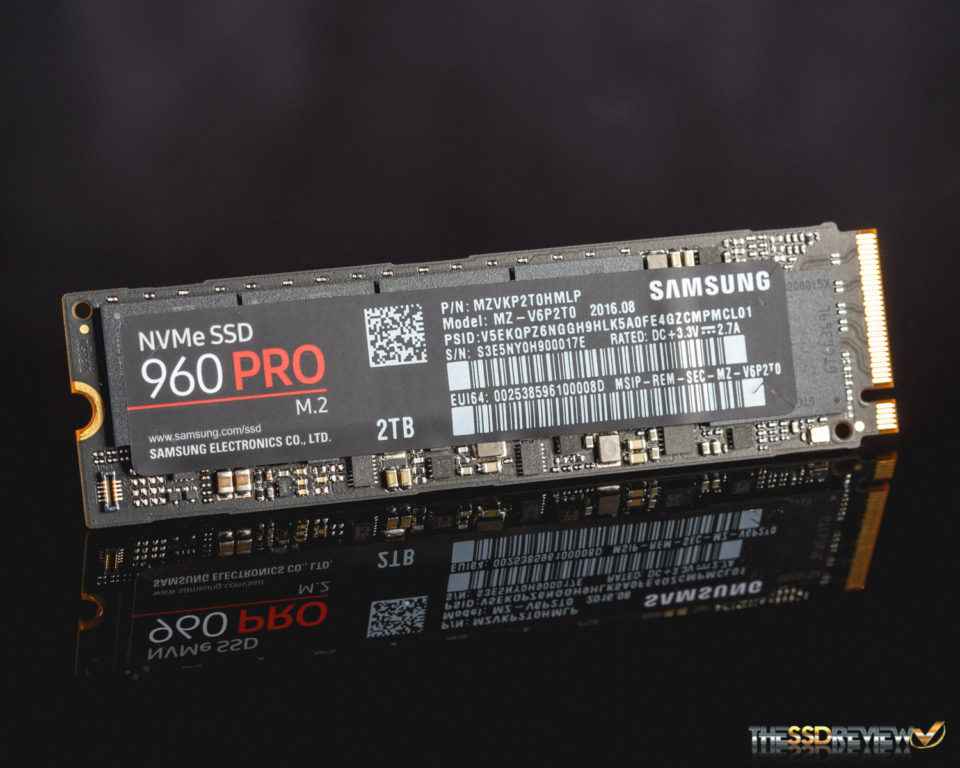 After testing with these many synthetic benchmarks we utilized PCMark’s trace based benchmarking software to see how it would perform under real world type workloads. After testing, we were not disappointed. It achieved a total score of 330K points in PCMark Vantage, but to our surprise, this placed it second overall; second to the Intel 750 1.2TB we tested last year, which scored 338K. Next up we threw it through the paces in PCMark 8’s extended testing to see just how well it could handle the pressure. Once we got our results, we immediately saw it was able to handle the pressure just fine. It trumped the competition in bandwidth performance, but was surpassed by a few other NVMe SSDs in terms of average and total latency. Though, just like the saying goes, “you can’t win them all.”

Finally, we went ahead and ran our 30GB file transfer to the 960 Pro from a 950 Pro. Our 1-3GB files were flying onto the drive faster than ever, but this test revealed that our test files were much too small to fully saturate the 960 Pro’s extreme write performance in a sequential fashion and it averaged almost 1.4GB/s. This score, however, still places it in the number one position. Its idle power consumption was also lower than any other PCIe SSD when power management is disabled. Finally, it had the greatest efficiency in testing and, to top things off, we proved true Samsung’s claim of the 960 Pro’s higher power efficiency over the 950 Pro…and mind you this is with a 2TB model that has four times the capacity of our 950 Pro! 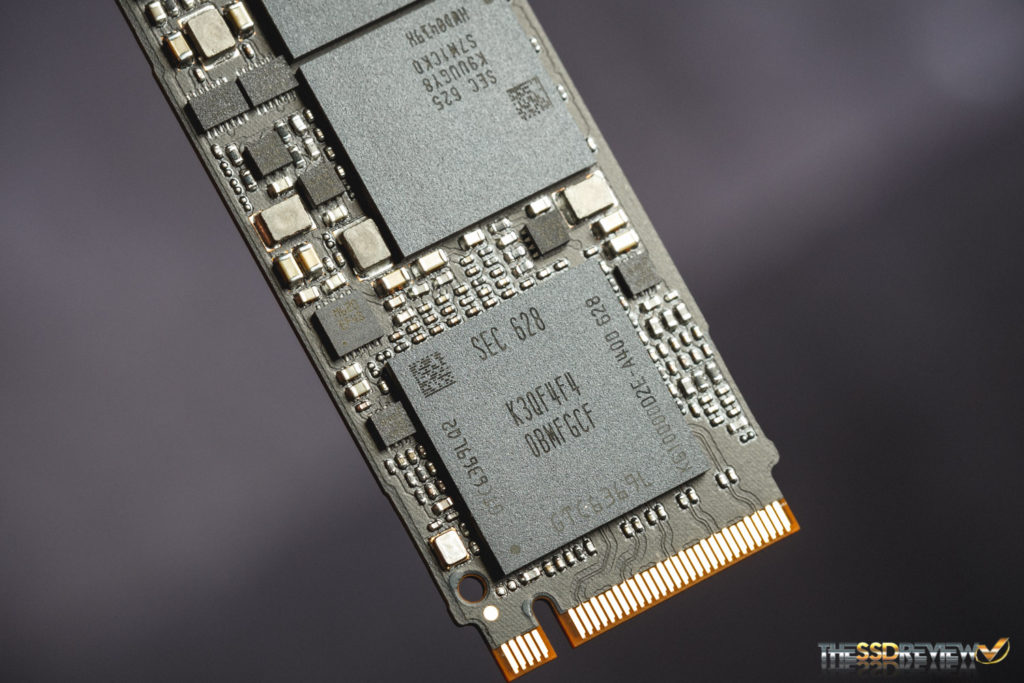 If you are constantly moving large files, have heavy workloads, or just want the best consumer SSD out there, the 960 Pro is the answer to your prayers. It has more than enough speed for almost anyone, it has some of the best endurance ratings we have seen from a consumer product thus far, and its up to 2TB of storage space is all neatly compacted into a single-sided M.2 2280 form factor. And, if its advanced engineering, endurance rating, and brand prestige weren’t enough to instill confidence in it, we’re sure the 5-year warranty will. At about twice the price of a SATA based SSD, the 960 Pro is definitely for the faint of wallet, especially when the 2TB capacity is $1,300, but what you get for that money is the top dog in the SSD world and some of the best performance money can buy. In today’s review it has earned out Editor’s Choice award!

Check out the Samsung 960 Pro at Amazon Today!

If you are constantly moving large files, have heavy workloads, or just want the best consumer SSD out there, the 960 Pro is the answer to your prayers. It has more than enough speed for almost anyone, it has some of the best endurance ratings we have seen from a consumer product thus far, and its up to 2TB of storage space is all neatly compacted into a single-sided M.2 2280 form factor.