Samsung is a force to be reckoned with in the SSD market. With such a large share, they are the biggest player there is. This allows them to push the boundaries of what products they can deliver and when. In today’s case, Samsung has just released another update to their 850 EVO line, this time it is huge.

First launched in late 2014, the Samsung 850 EVO has been one of the most successful storage products yet. With so many sold and consumers demanding more capacity, they initially expanded their capacity range to 2TB last year, however, if you thought a 2TB SSD was enough, think again. Today we have in our hands a 4TB 850 EVO with their latest 48-layer V-NAND. That’s right, a 4TB consumer SSD! Because you wanted it, they delivered. With 4TB of capacity, the Samsung 850 EVO is the largest consumer SSD out. SSDs are now starting to nip at the heels of HDDs in terms of shear storage capacity and we don’t expect it to be much longer until SSDs match or exceed them, though the price may not be as great as we hope. 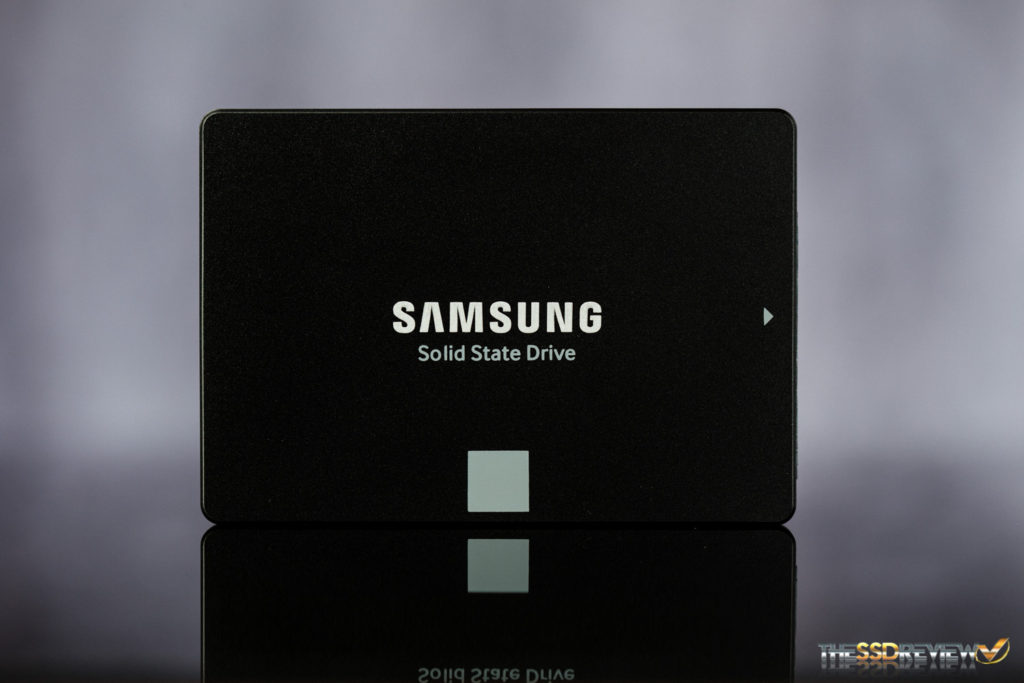 Because of its large capacity, it comes with an even larger price tag. $1499.99 to be exact. While that is the cost of a whole gaming system and out of the reach of many, if you have the need for a drive of this size and the ability to buy one, there is nothing else currently comparable…except for something of the enterprise flavor, but if that were the case, you probably wouldn’t mind a few of these on top as backup drives now would you? We sure wouldn’t! Anyways, the thought of a 4TB in a laptop or desktop system used to be a dream to many, but now it can be a reality to some. Enough with the gibber gabber, let’s get on with the review shall we?

The Samsung 850 EVO is a SATA 6Gb/s SSD that comes in a 2.5″ 7mm form factor as well as M.2 and mSATA form factors for those of you who need a more compact storage product. Capacities are now available from 120GB to 4TB. The 4TB model we are reviewing today goes for $1499.99. Sequential performance is rated for up to 540MB/s read and 520MB/s write while random performance is rated for up to 98,000 IOPS read and 90,000 IOPS write. Of course, RAPID mode will allow for even greater speeds for cached items when you download and install Samsung Magician, Samsung’s SSD toolbox. Furthermore, the endurance is rated for 300 TBW, the same as the 2TB model.

The Samsung 850 EVO supports TRIM, garbage collection, SMART monitoring, and AES 256-bit Full Disk Encryption (FDE) TCG/Opal V2.0 and Encrypted Drive (IEEE1667). In terms of power consumption, it also supports DevSleep, which is great for those of you who are swapping this drive out in a newer mobile platform.  In addition, the MTBF rating is 2 million hours and it is covered by an impressive 5-year warranty.

The SSD ships in the traditional Samsung 850 EVO packaging. It is a nice white and grey themed box with an image of the drive on the front and the 4TB capacity. As a part of marketing we can see it is labeled with V-NAND before the 850 EVO name. On the backside we see a quote and it states the 5-year warranty among other text.

As for the SSD itself, we can see that it is no different than any other Samsung 850 EVO. It is the same black and grey design, which has always been quite favored by us.

Once disassembled we can see a total of just eight 48-layer TLC V-NAND packages on a single PCB, which amazes us. Each NAND package contains 512GB of storage. That is half a terabyte of storage in the space of a thumb nail!

In addition, there is a single 4GB DRAM package as a cache buffer and Samsung’s 3-core SATA 3 MHX controller, the same as the one used in the 2TB model and part number S4LP052X01-8030. Let’s move on and get to testing!