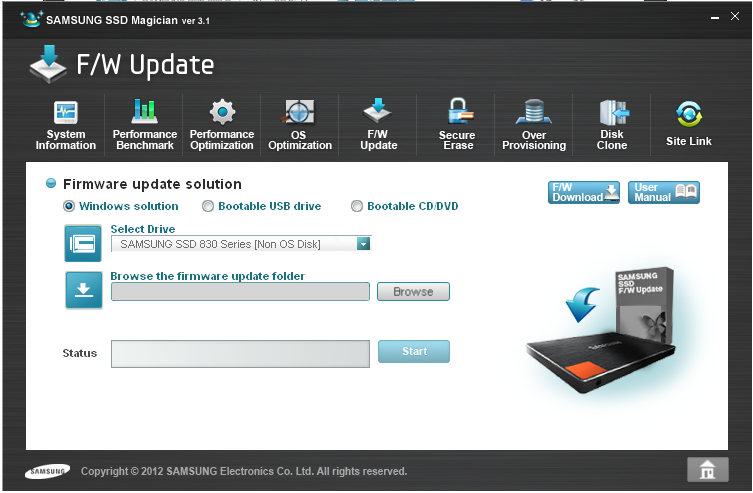 Firmware updates are painless. Magician can do it for you directly in Windows, or it can make a bootable USB or optical disk to take care of the update from outside Windows. Clicking the F/W update button should download the latest FW release. Samsung makes it pretty easy to find on their website in packages for Windows (through Magician) and .ISO formats. 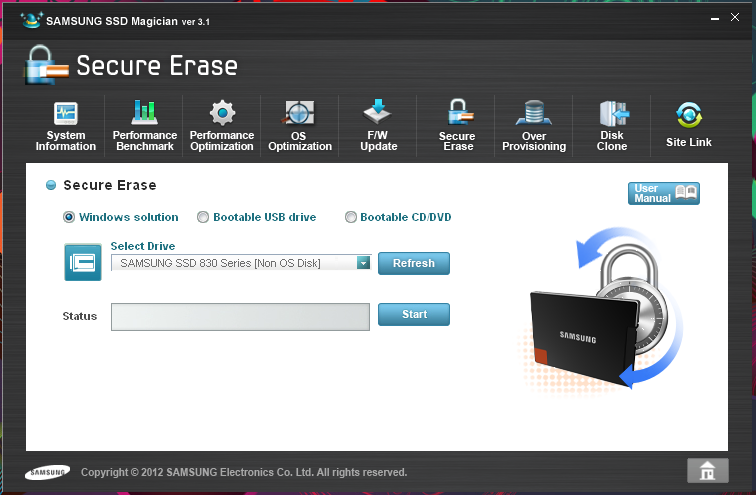 One absolutely essential utility is found under the Secure Erase tab. Almost no manufacturers give users a fast and easy method to secure erase a drive. Like Intel’s SSD Toolbox, a Samsung drive can be sent the ATA secure erase command to put the drive back in a pristine, fresh-out-of-box state, all from within Windows. This is a huge time-saver, as secure erasing a drive through other tools requires a lot of time and effort, and usually some BIOS/UEFI tweaks as well (usually to put the motherboard into IDE, then when the secure erase has completed it must be changed back to AHCI/RAID). 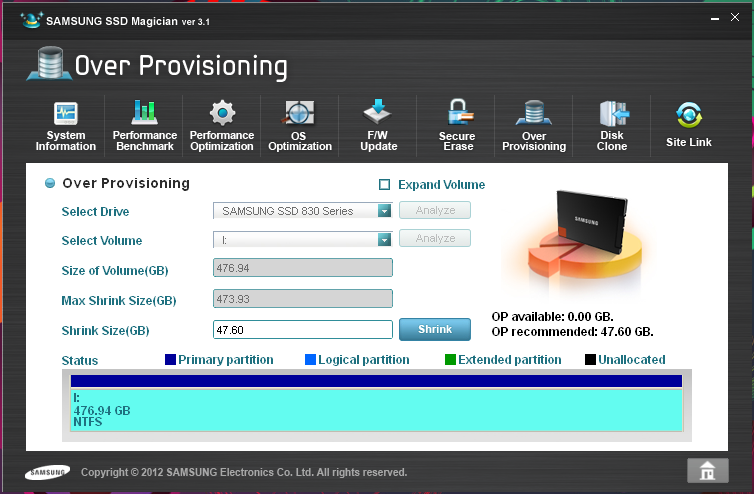 Perhaps the most interesting of the Magician’s tricks is the ability to overprovision the drive. Magician analyzes the drive, and usually recommends about 9.09% of the user-capacity to be set aside. In the case of the 512GB, 47.60GB of over provisioning is recommended.  Simply hitting the shrink button sets the operation into motion. Note that if the space taken up by over provisioning is ever needed back, the opposite expansion operation can be performed.

Any amount can be chose for over provisioning, but the SSD Magician’s recommendation is a good place to start. It can be performed with data on the drive, or even on the system drive. This functionality is actually available directly from Window’s Disk Management Utility, as long as the Virtual Disk Service is running. It takes a few more steps than Samsung’s SSD utility, but it does the job. 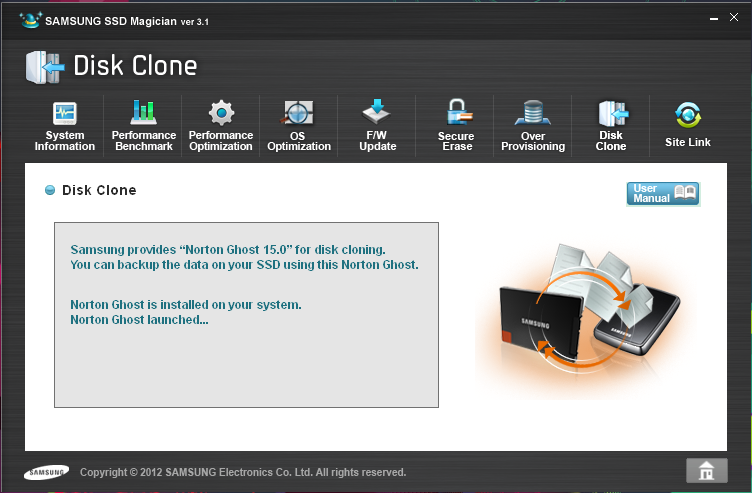 Wrapping up the application are two last tabs. “Disk Clone” is just a launcher for Norton Ghost 15, which ships with each 830. “Site Link” is a collection to handy web links : manuals and downloads for Ghost and data migration, and a link to the Samsung interactive SSD guide (which weighs in at a hefty 88.6MB download).