A few manufacturers include special utilities to enable end-users to manage their drives without much effort. Samsung, Intel, and OCZ each have special “toolboxes” which allow for a variety of management functions to be performed. While some of the functions can just as easily be performed with separate utilities, others can only be performed through these manufacturer tools. In any event, having a multitude of drive management functions in one place is certainly handy. Firmware updates and the ability to secure erase a drive from within Windows are two functions which will make any user’s life easier. 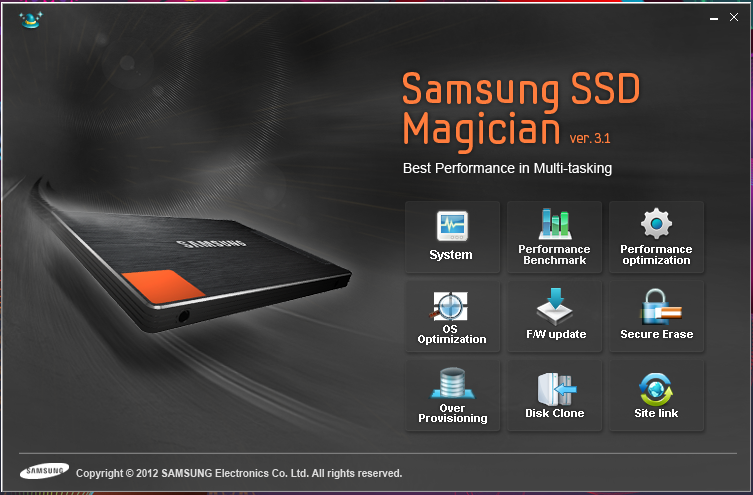 Samsung’s Magician is hands-down the most comprehensive proprietary drive management software there is. From system information to benchmarking and optimization, there isn’t much a user can’t do with SSD Magician. And while some features are more useful than others, there isn’t a lot of fluff, either. 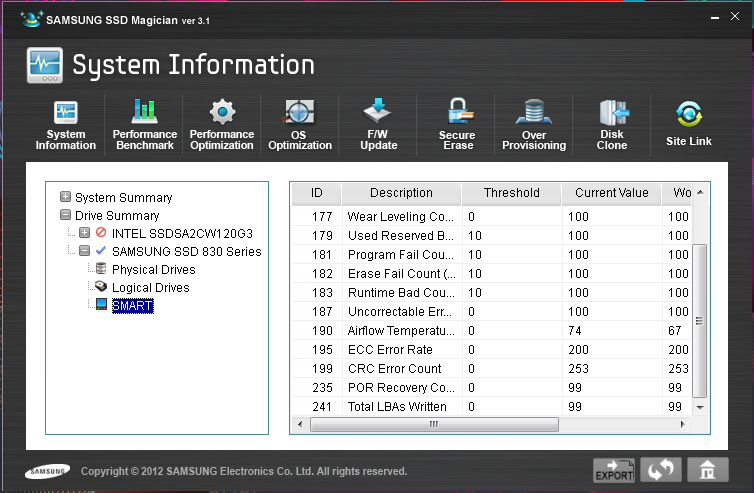 Magician’s first tab gives general system information and SMART data for the selected drive.  Unfortunately, the window is not re-sizable, so scrolling though information panes is the only way to see everything. 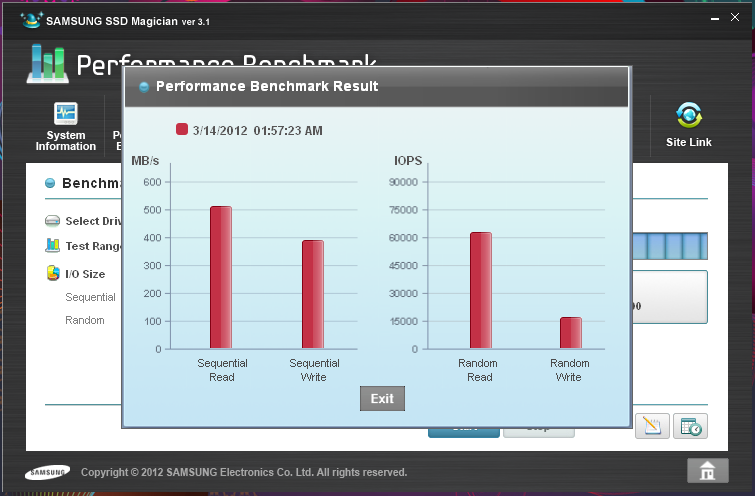 The second tab is a performance benchmark, primarily for comparing before and after performance optimization. There are a few options, like setting test block size.  4K Random and 128K Sequential are the default sizes. The left chart shows MB/s throughput and the right chart illustrates IOPS performance. 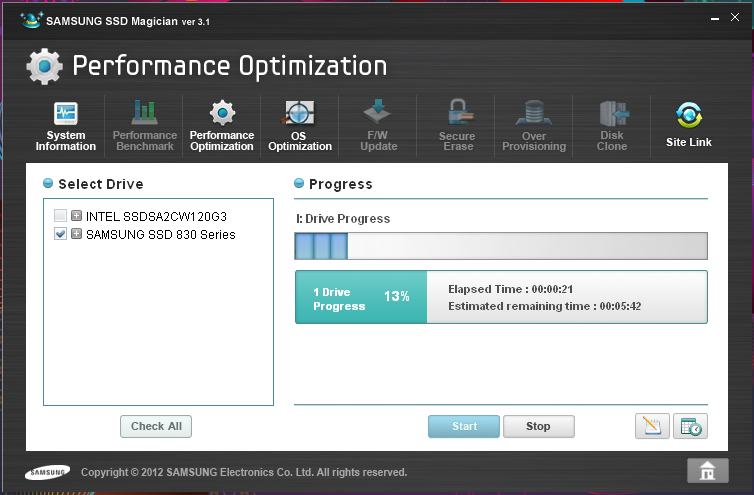 Performance optimization is one of Magician’s hallmarks and one of the few features not possible via any other method. For systems without TRIM, this is going to be your best friend. For systems with TRIM, you may still want to run the optimization occasionally. It takes about 7 minutes to complete on the 512GB, but could vary from run to run. There are options to have Magician run the optimizer on a schedule if so desired. 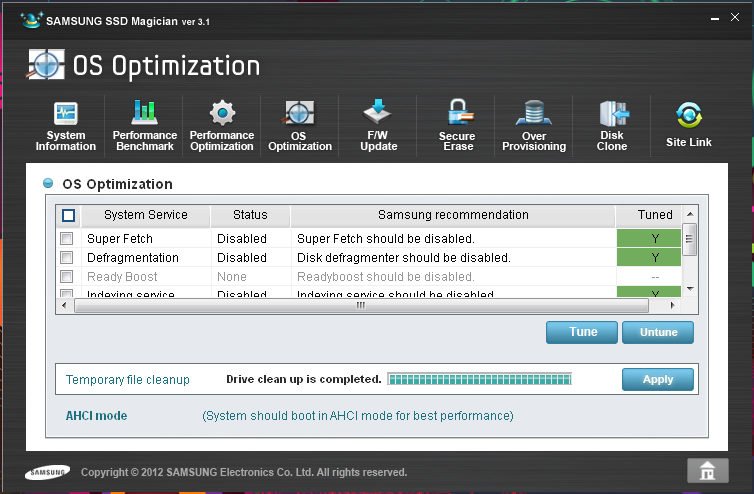 Like the Intel toolbox, Samsung’s Magician offers instant OS tuning. Superfetch, Defragmentation, Readyboost, and Indexing can be disabled here. As a bonus, it also confirms whether you are in AHCI mode or IDE, and will clean up temp files for you.