It was just over a year ago that we analyzed the Runcore ProV 3Gbps 240GB SSD as one of the top SSDs available, then surpassing some RAID configuration performance results. As amazing as that review was, it now stands to be a great example of how far SSD technology has progressed this past year.

This report looks at Runcore’s ProV Max SSD which contains the SATA 3 SF-2281 processor, as did our report of the Runcore T50 120GB mSATA SSD that we reviewed a few months prior.

I highlight and link both previous reports as the ProV and T50 were both top dog on the block at the time of their respective reviews and, in fact, the mSATA T50 is still the only SATA 3 mSATA SSD that we have had on our test bench to date.  Truth be told, it remains to be one of my FAVORITE reviews  where we took a crack at a direct comparison between the T50 and one of the all time true muscle cars, the 1969 Ford Mustang with the Boss 429 engine capable of a mind boggling 429HP.

Our analysis today is going to look at the Runcore ProV Max SATA 3 120GB SSD and, with the predecessors shown above, it definitely has big boots to fill.  If it helps at all, the exterior of the ProV has a certain ‘gold’ reflection to it and contains SandForces latest firmware release which I have heard termed as ‘gold level’ on more than one occasion. 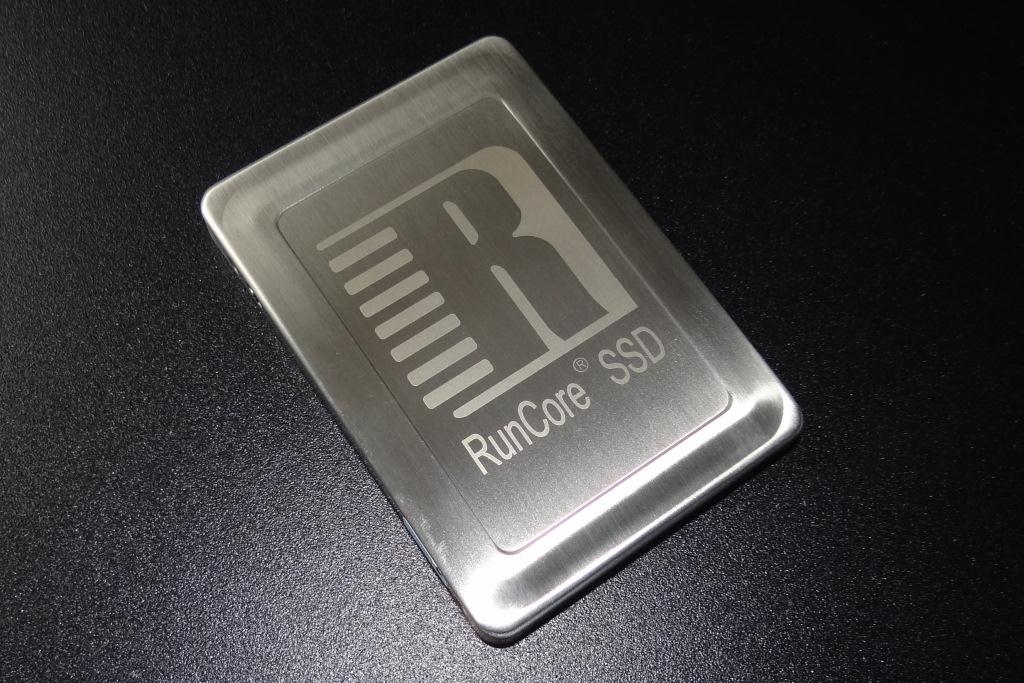 At this point, the difference between the two seems to rely on SandForces newest firmware which was even quoted by Amy Wang, VP of Strategies and Business Product Development of RunCore, as ” the SF-2281 controller with the optimized firmware (the Golden FW)” in a product release statement.

The Runcore ProV Max contains the SandForce SF-2281 processor and 16 modules of Intel 25nm 8GB capacity NAND flash memory with a product number of 29F4G08ACME3.  If this looks familiar, that’s because this configuration also matches our recent review of the Kingston SSDNow V+200 120GB SSD that we reviewed only a few short weeks ago, right down to the firmware in fact.

The total memory of the SSD is actually 128GB (16×8), however, SandForce requires one module for its firmware and over provisioning needs, thus maximizing lifespan of the drive as well as performance. This explains the advertised 120GB capacity which gets reduced even further after formatting, leaving us with 112GB of available property for OS, software and and personal data.