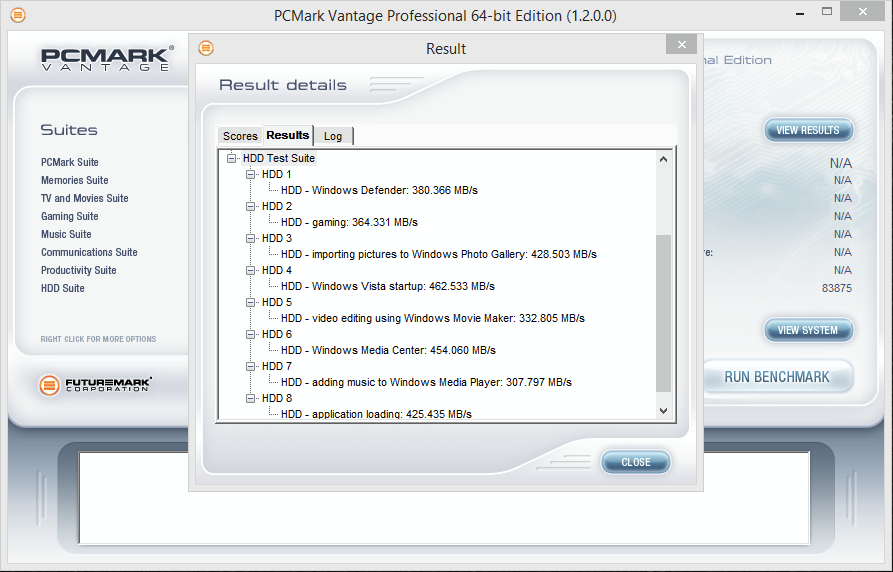 PCMark Vantage gives us our first glimpse at real world performance. Both capacities performed very well in PCMark Vantage with scores averaging 83K. Performance across all tests is solid with the lowest speeds just dipping down to the 300MB/s range during the Windows Media Player and Movie Maker tests. This is great to see. Let’s move on to PCMark 8 to see how these drives handle our torture testing.

In our PCMark 8 consistency testing the PNY CS2211 SSDs do very well. As we can see, performance is on par or even better than some of the popular mid-tier SSDs. Under heavy workloads it does well, consistency is much better than most other options, but it still cannot compete with the SanDisk Extreme Pro or OCZ Vector 180.  When it comes to light workload performance in the recovery phase we can see that its performance keeps it in the ranks of other mid-tier SSDs again. What we find interesting is that this drive edges out head of the Kingston HyperX Savage by about 40MB/s during the final phases and has slightly better latency results with this newer and smaller nm NAND.