The Plextor M3 gives us a very good showing with an overall score of 69941, capped with a 401.94 score in the HDD application loading test. This shows that the drive is very well tuned to the typical desktop user data access patterns. Part of this is going to be due to the very low access times that we have seen over the course of testing with many of the benchmarks. Low access times equal great overall response time and snappiness that can be observed by the end user in everyday tasks. 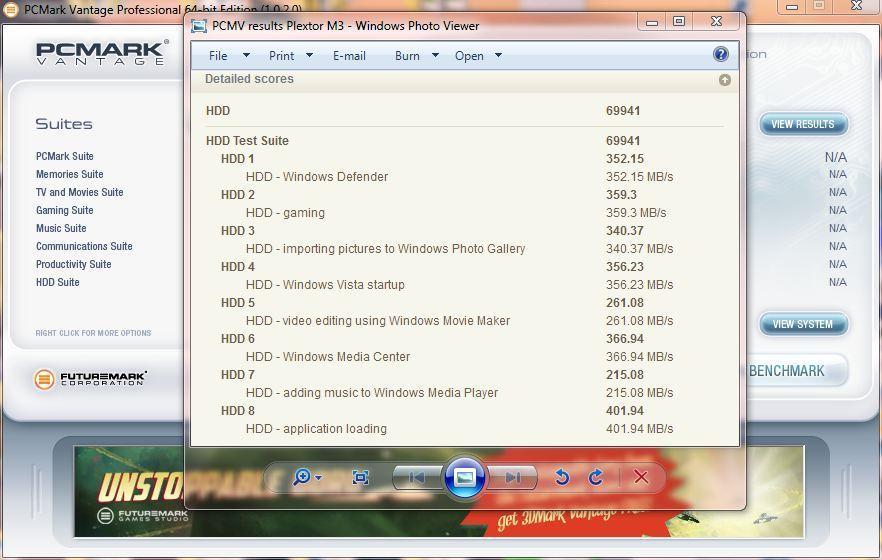 The following chart comprises the entirety of new Gen SATA 3 SSDs that we have testing and the placement was dependent strictly on the result attained in PCMark Vantage HDD Test Suite. 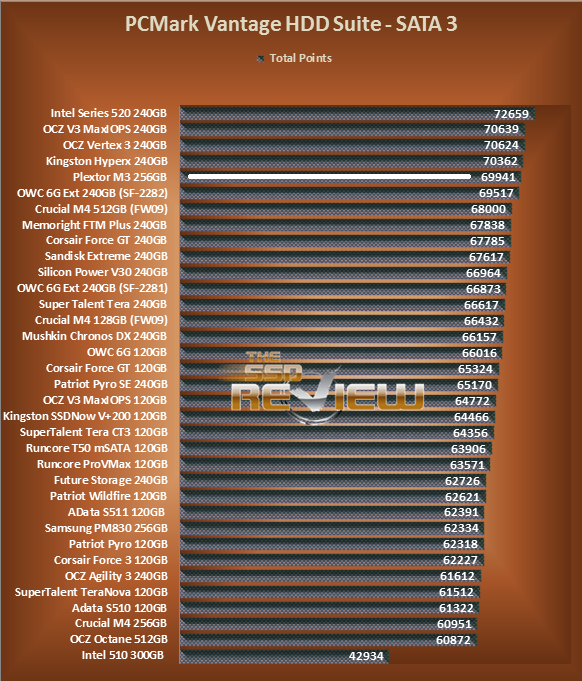 The Plextor M3 placed in the top five of all ‘new gen’ SATA 3 SSDs that we have reviewed which says alot for both the drive and Marvell controller. 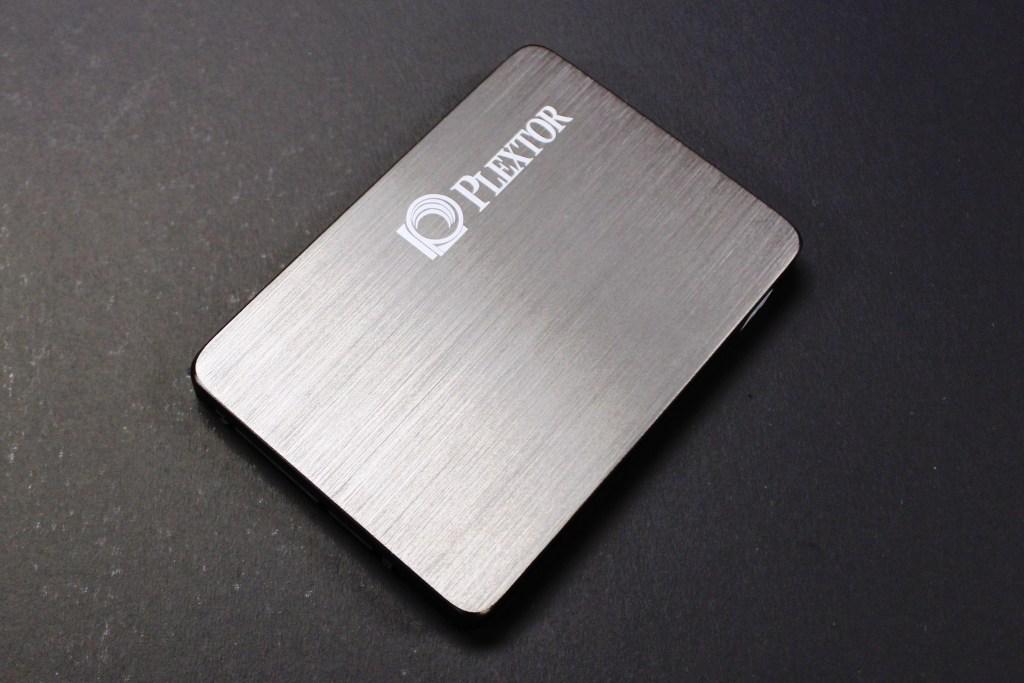 How does the M3 compare to the M2?

whats the different between Plextor M3 and M3P ?

If Marvell = faster latency but also lower bandwidth, does that mean if I’m RAID-0’ing 2 SSDs (for higher bandwidth speeds), I’d be better off with a Marvell controlled pair of SSDs rather than a pair of SandForce controlled ones?

Not sure how to answer this question but you can check out the M2 RAID benchmark results http://www.plextoramericas.com/index.php/forum/27-ssd/4716-128-gb-m2p-benchmarks?limit=6&start=18#4734