Crystal Disk Benchmark is used to measure read and write performance through sampling of raw (0/1 Fill/compressible) or random data which is, for the most part, incompressible. The Plextor M3 performs the same, regardless of the compressibility of the data. 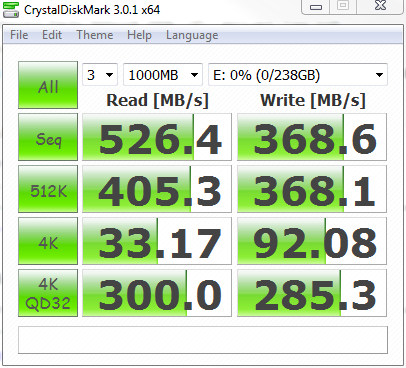 The Crystal Disk Benchmark results are very good, with the low 4k read performance coming in around 33 MB/s. The high sequential reads of 526 MB/s are especially encouraging along with the low 4KQD32 performance of 300MB/s read.

Up until recently, AS SSD was the only benchmark created specifically for SSD testing and it uses incompressible data. Many enthusiasts like to benchmark with AS SSD for their needs.

The access time of 0.038ms for read performance is simply outstanding. This is one of those times that when we run a benchmark, it’s time for a double take! There simply aren’t many drives out there that can match this score, and this is very relevant to normal users. This drive is visibly snappy and very fast in typical operating system usage, and this extremely low access time is the reason behind that. 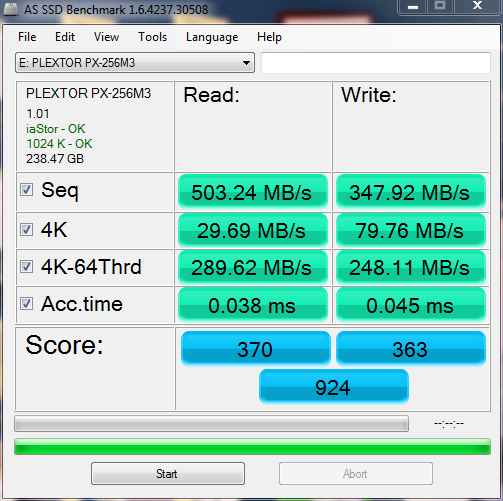 One area where the Marvell equipped drives will really shine is with compressible data. The Plextor M3 performs very well with this benchmark, which contains incompressible data. SandForce drives would tend to turn up lower results with this type of data as data compression is a huge part of their performance advantage. The Plextor M3 simply excels regardless of the compressibility of the data that it is given to work with. For users who routinely work with data that is incompressible, or already compressed, the Plextor would be a great choice. 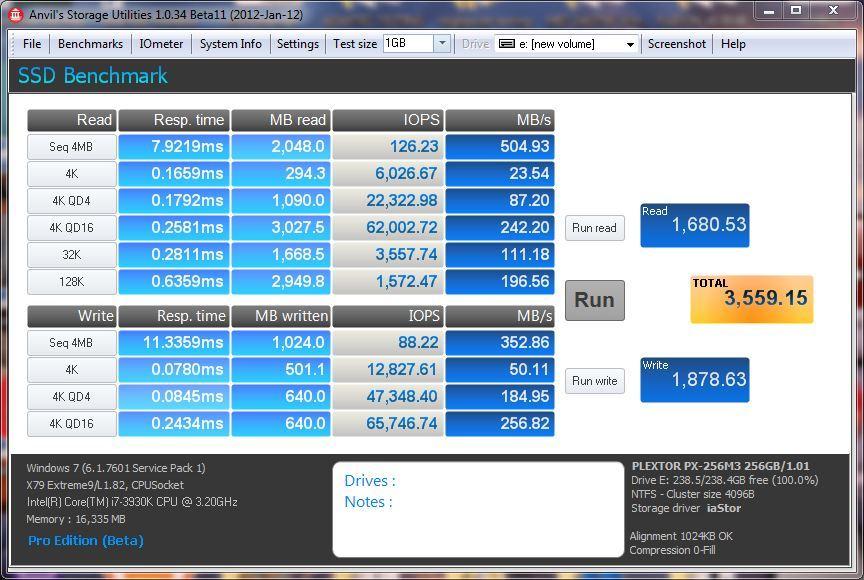 We can observe some expected results here, with the 4k that is being recorded coming in a bit lower than observed with the other benchmarks. This is the purpose of running several different test scenarios, as there can be variations in performance recording.

How does the M3 compare to the M2?

whats the different between Plextor M3 and M3P ?

If Marvell = faster latency but also lower bandwidth, does that mean if I’m RAID-0’ing 2 SSDs (for higher bandwidth speeds), I’d be better off with a Marvell controlled pair of SSDs rather than a pair of SandForce controlled ones?

Not sure how to answer this question but you can check out the M2 RAID benchmark results http://www.plextoramericas.com/index.php/forum/27-ssd/4716-128-gb-m2p-benchmarks?limit=6&start=18#4734