Most well known for their DRAM and USB drives, Patriot memory isn’t new to offering performance and gamer oriented products. Years ago, they jumped on the SSD bandwagon, but they seemed to fall off at one point or another. As of last two years, however, they hopped back on and they now offer SSDs for every segment of the market. Today, we are going to be taking a close look at their latest offering to the high-end market, their Hellfire M.2 NVMe PCIe SSD. 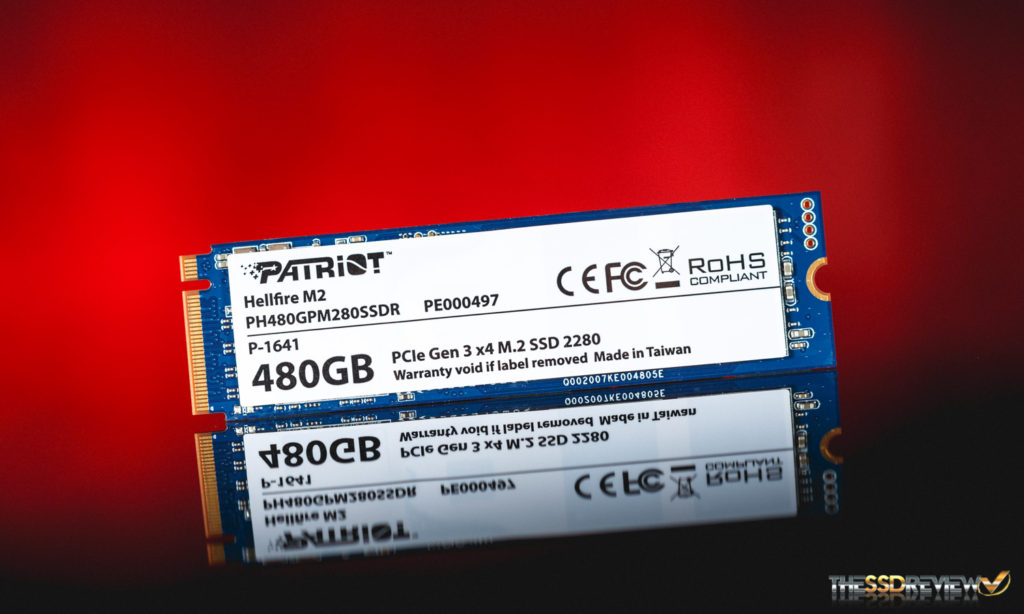 The Patriot Hellfire was first revealed back at CES 2016 and was said to be released in Q1, but was delayed. Patriot waited patiently on finalized firmware from Phison, unlike others who did not. It wasn’t until the later part of Q4 that the Hellfire finally hit the market. With that said, the firmware delay may have put it against the odds with more competing products being released before it, but it is now a more refined product due to that delay. In contrast to the prototype M.2 22110 form factor we saw before and the anticipated HHHL AIC card, it is now available in an M.2 2280 form factor only and the performance figures are rated higher. But, is this the best choice for you to spend your hard-earned dollars on or did the delay leave the Hellfire in a hot mess? Read on to find out!

In terms of features the Patriot Hellfire supports TRIM, static and dynamic wear-leveling, it has advanced garbage collection algorithms and bad block management built in. The ECC recovery supports for up to 120bits/2KB and it has an MTBF rating of 2 million hours. For NVMe protocol support, it supports the current NVMe 1.2 specification. 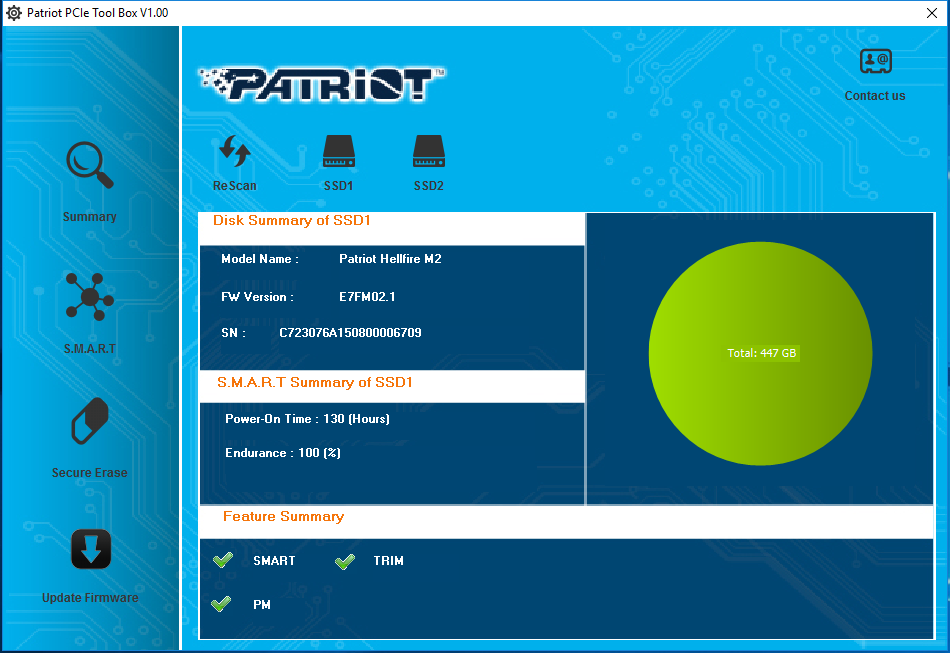 Furthermore, there is an SSD toolbox you can download from their website which allows you to monitor the SMART data, Secure Erase, and Update Firmware. 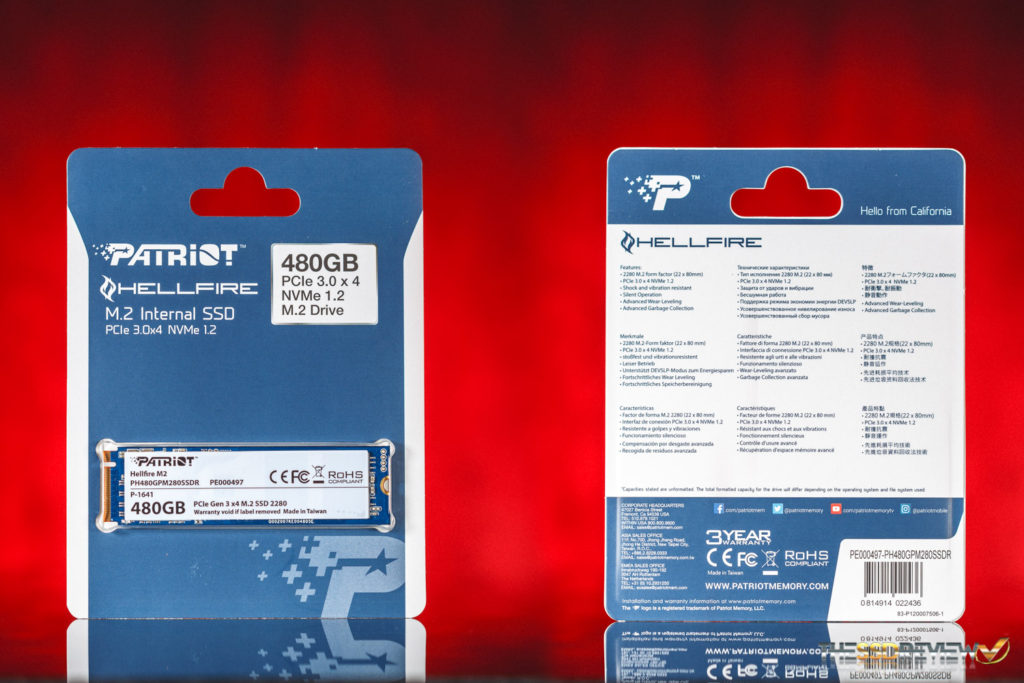 The Patriot Hellfire SSD comes in an efficient packaging, similar to what we see most USB and SD cards coming in, that allows you to see the product clearly. The theme is blue and white. The front has a few of the specifications such as capacity, interface, and form factor listed. The back side lists the form factor, interface, and a few of the marketing points such as it being shock and vibration resistance, silent during operation, and its advanced wear-leveling and garbage collection support. 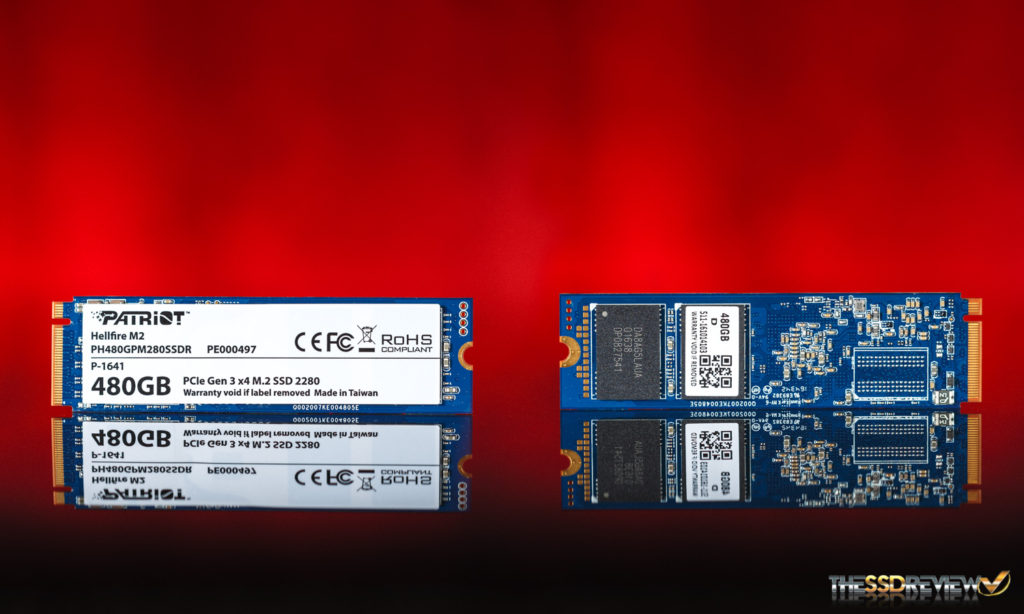 The Patriot Hellfire’s PCB design is double sided, meaning components are soldered onto both sides. This can cause issue for laptop systems that were made for single sided SSDs, so be sure to take note if you are thinking of putting this into your laptop. There are two NAND packages on each side, a single controller and DRAM package. 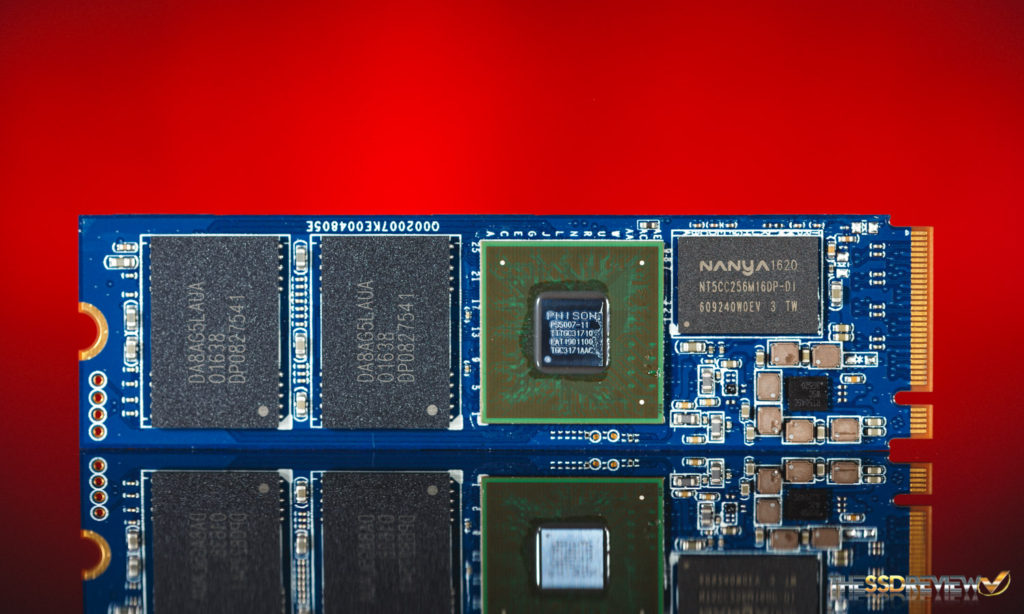 The DDR3L 512MB DRAM package is from NANYA. The controller is Phison’s latest PCIe 3.0 x4 PS5007-E7 controller. Finally, the NAND is from Toshiba’s 15nm planar MLC. Each package is 128GiB in capacity. With over provisioning and after formatting the end user has about 447GB to use in Windows with this 480GB model.

Yes, you’re right, but 960 EVO is a TLC drive, while Hellfire is MLC, MyDigitalSSD BPX is better here, it is the only one of this class with 5 years warranty

It’s 2D mlc though, so not really that much better than sammy’s 3D TLC.