Over the past few months, there has been much discussion as to when we will start seeing Micron’s newest B47R Fortis 3D TLC memory inside an SSD, and exactly who would do it first. Kudos to Phison. For those not familiar with this memory, B47R is Micron’s latest 176-Layer 3D TLC premium NAND flash memory which is able to achieve a 30% smaller footprint, 35% read and write latency improvement, and a 33% increase in transfer speeds rated at 1600MT/s. Currently, Micron’s B27B 96-Layer 3D TLC NAND flash running up to 1200MT/s, is right up there with the best you can get for high end SSDs. B47R is the next step. 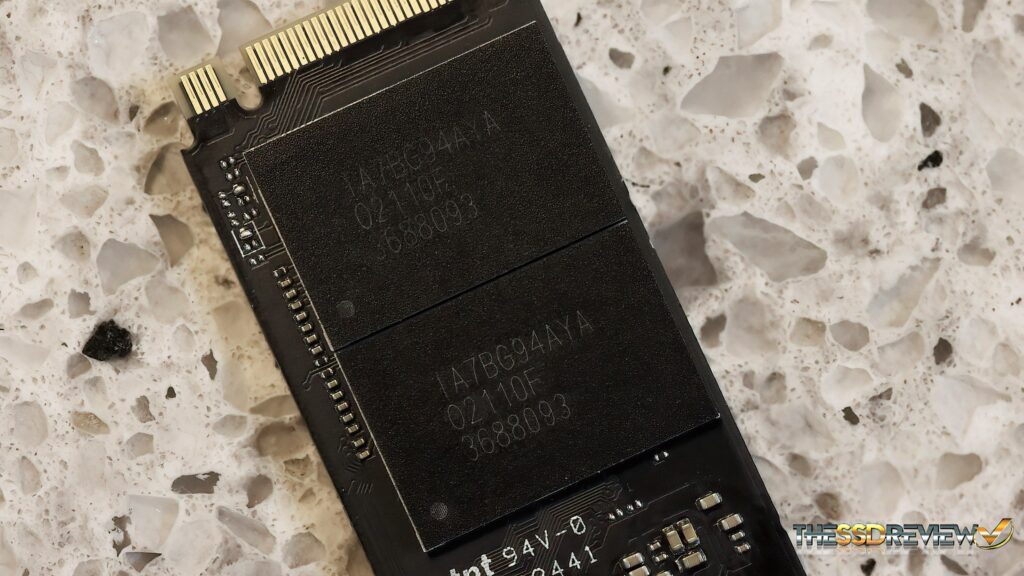 Just to see where we can go and what we can achieve, Phison has paired this new NAND flash memory with their PS5018-E18 NVMe controller and sent along a 2TB sample drive for a bit of a preview. First off, we should make it known that Micron B47R memory will be available to manufacturers in two performance increments, a media grade and Fortis grade. Fortis is the higher performing grade that we have on our Test Bench this morning.

As a bit of a refresher, the Phison E18 is a 3x Arm Cortex R5 NVMe controller with 2x Phison proprietary IP CoXProcessors for a total of 5 cores. It has an 8-channel design with 32CE, relies on NVMe 1.4 protocol, utilizes the TSMC 12nm manufacturing process, has a 4th Gen LDPC engine and is PCIe 4.0 4-lane running at up to 1,600MT/s.

Phison claims the heatsink is unnecessary for portable use as this SSD can have similar performance to what we might see today, but without the typical heat generated from current Gen 4 SSDs. We think they may mean that its firmware can be optimized somewhat for a cooler running package, as our testing without the heatsink displayed the same heat properties that we have seen in all other 7GB/s SSDs to date.

This SSD is a two-sided SSD which contains eight pieces of Micron B47R 3D TLC NAND flash memory, each with a RAW storage capacity of 256GB. When formatted, this SSD has a total available user capacity of 1863GB. Its listed performance is 7.4GB/s read and 7GB/s write with up to 1000K read and write IOPS at low 4K random data throughput.

It also contains the Phison PS5018-E18 8-channel controller and two pieces of SKHynix DDR4 DRAM cache buffer memory. For our testing today, we will be highlighting performance on both of our Gen 4 Test benches so the reader can get a good look at the differences one might see in an Intel compared to AMD Gen 4 system. Our Intel Bench contains the newest Intel Core i9-11900K CPU while the AMD Bench contains the AMD Ryzen 3700X CPU.

An SSD of this caliber, once available, will be geared toward the enthusiast, professional. power user and gamer. Micron’s B47R 3D NAND flash memory, when paired with the Phison E18, provides a significant improvement in low QD random read and sequential speeds.

We thought it rather important to display our Crystal Disk Info results upfront as it provides just a bit of an idea how much time has been put into testing this sample SSD; just under 10TB Host Reads and 6TB Host Writes. It also validates that we are utilizing the latest NVMe 1.4 protocol and running in PCIe 4.0 x 4.