Storage reviewers are very unique.  There is a core group that have been around for far too many years and they spend endless hours testing and seeking out the latest and greatest.  I live in Canada while many of my peers live three time zones behind in the California area.  I also typically get embargoed SSDs a day later so, when I am awakened at one or two am, it means there is a new SSD that is worth the chatter. The 670P was a bit different as I not only got that call from out West, but also another from Europe waking me again at around 5am. Thank you Intel. 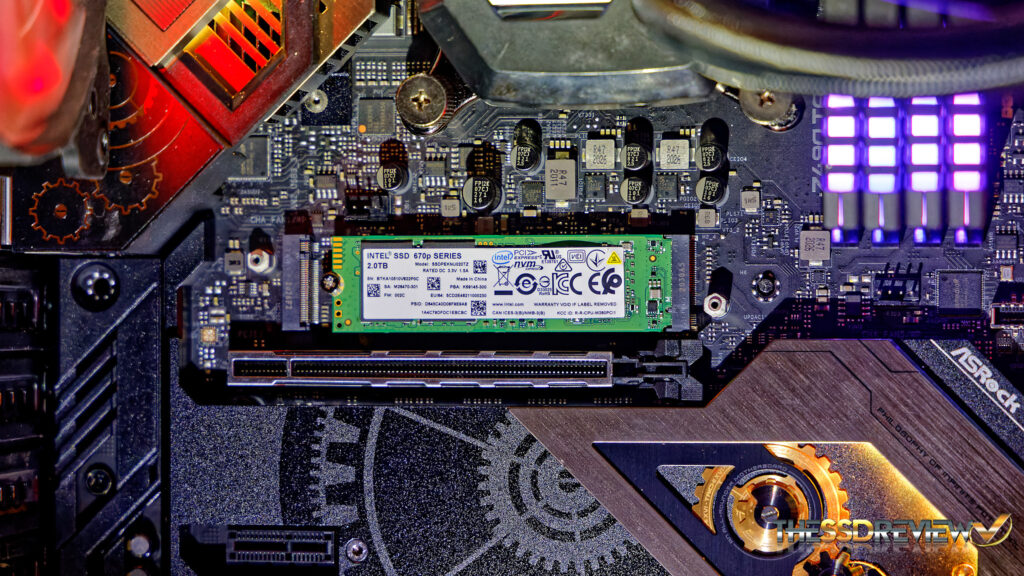 The Intel 670p is perhaps the first QLC SSD that simply doesn’t act like a QLC SSD.  Not only did it pull off incredible performance up to 3.5GB/s throughput with just under 350000IOPS, but also its low 4K random read performance is incredible.  It has since become my boot drive for this Test Bench, replacing the trusty old 960 Pro, and there is definitely a boost in my start times.  I am not a gamer but I would bet this is a very credible gaming drive, again simply because of the incredible low 4K read data throughput.

The 670p hit every mark to include true data testing, PCMark 8 and 10 and, well there was probably only one area, no there is two,  that we could suggest an improvement.  We would like to have seen a 4TB capacity introduced initially as well as lower prices.  It’s kind of a give and take though.  Introducing a 4TB version initially would have forced the overall pricing scheme just a bit lower we think.

The Intel SSD6 670p QLC SSD has great performance, a decent capacity, 5-year warranty and a price point typical of the newest, latest and greatest.