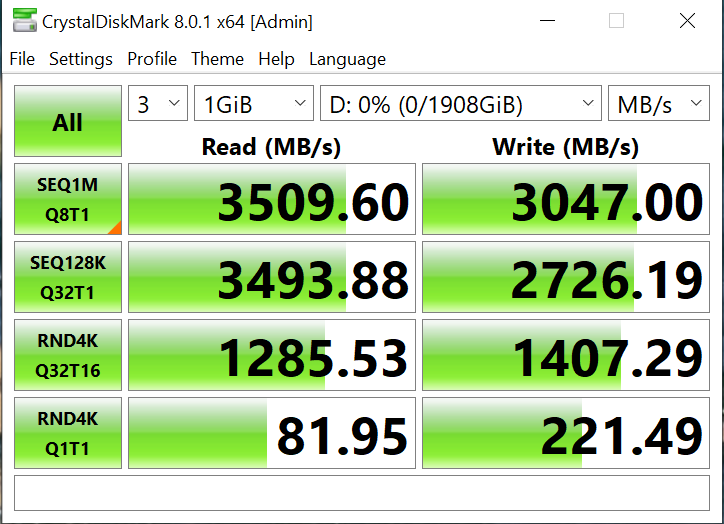 It was right about here that we realized that the Intel 670p was special.  To start, its listed performance for both throughout and IOPS is higher than spec but….that’s not it.  Look specifically at the RND4k Q1T1 (random low 4K read) result of 81MB/s.  That is just about as good as it gets for any similar SSD and that means visible speed recognition in things such as start times and gaming.