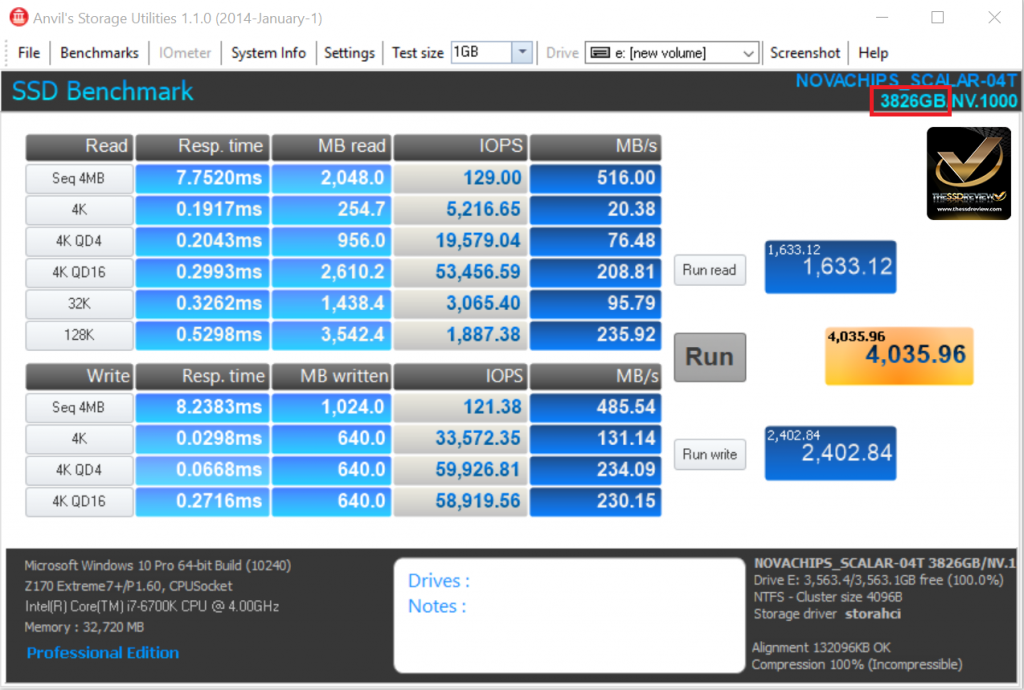 Anvil Storage Utilities (ASU) results are much the same as most of other tests.  ASU did provide our high IOPS results of 59K which although higher than expected, is lower than the specified 80K IOPS.  Once again, Novachips has stated that this is due to this early firmware release that we have been using and their posted specifications are valid.

PCMark Vantage is perhaps the only benchmark we used that we would have really liked to see a better result from.  With 47509 points for the 4TB Scalar and 42800 points for the 8TB version, this performance brought us back to early release of SATA 3 SSDs where most of the tests resulted in SATA 2 speed results, as was the case with both SSDs.  Considering that this is the only test that seemed to deviate from the others used, we might suggest that there is a bit of a compatibility issue with PCMark Vantage, at least in this instance.