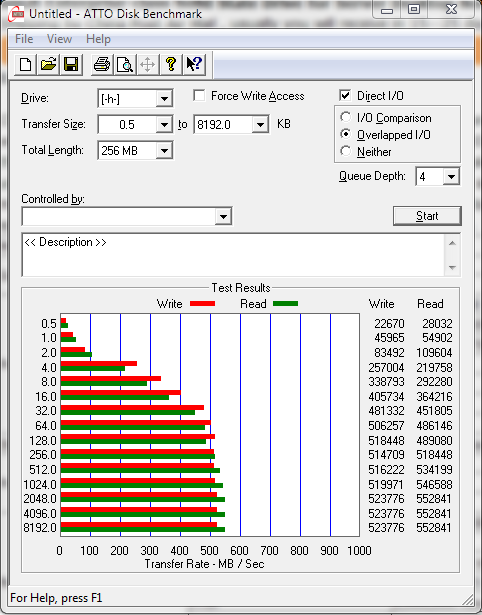 Crystal DiskMark is typically a bit lower than ATTO results, however, our interest lies in the result on the right.  Incompressible data was utilized in the right test and many could normally identify this through lower sequential and 512K write results in comparison to the result on the left.  These are typical of LSI SandForce Driven SSDs solely because these utilize compression in storage.

On the same front, the incompressible data testing result on the right has also provided an amazing 4k random write transfer speed of 112MB/s which we rarely see.  Many consider this specific disk access the ‘meat and gravy’ of visible improvement and it is rare that results above 100MB/s are accomplished.  Accordingly, the only time we have ever seen such is with SSDs that ended up being upper tier, and mostly, top ranked SSDs.

AS SSD test results don’t really show off the E3000S and we expected a much higher IOPS result as well as AS SSD Score.  The AS SSD Copy Benchmark, on the other hand, displayed excellent results with some of the fastest transfer speeds and quickest file transfer times we had seen yet.